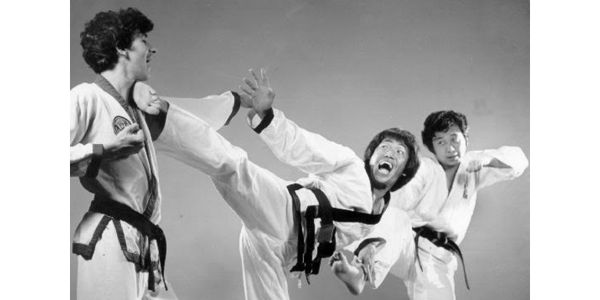 Kyungwon Ahn is a 9th dan in the Kukkiwon. He is a South Korean taekwondo master who founded the United Taekwondo Association (UTA) in the United States. 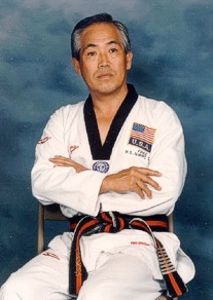 Kyungwon Ahn was born in 1937 in Seoul, Korea, and began training in the martial arts when he was 12 years old. He served an internship with his instructor, Chang Bok Lee, as the Master Instructor for the South Korean and American armies from 1955 to 1967. In 1962, Kyungwon Ahn achieved his Juris Doctorate (Civil Law) from Kangwon University. In August 1967, he emigrated to the US and began teaching tang soo do at the University of Cincinnati in Ohio. He has also held teaching and advisory positions at the Miami University (in Ohio) and Xavier University. Kyungwon Ahn founded the International Martial Arts Federation, now the United Taekwondo Association in 1971 in an effort to standardize taekwondo teaching methods.

In 1974, Kyungwon Ahn was a founding member of the Amateur Athletic Union’s Taekwondo Committee. The World Taekwondo Federation (WTF) awarded Ahn his Master Instructor certification in 1977. He received 9th dan ranking from Kukkiwon in 1990. Through the 1980s, Kyungwon Ahn worked within the United States Taekwondo Union (USTU) and ultimately served as the association president USA Taekwondo. He served as a member of the Board of Directors for the United States Olympic Committee and worked to bring taekwondo to the 1988 and 1992 Summer Olympic Games. In 2000, Kyungwon Ahn was one of the founders of the United States Taekwondo Won (USTW). From 2003 to 2005, he served on the WTF’s Legislative Committee. In 2005, the Republic of Korea awarded Kyungwon Ahn the National Sport Merit Award in recognition of his work in promoting taekwondo and helping it to become a full medal Olympic sport.