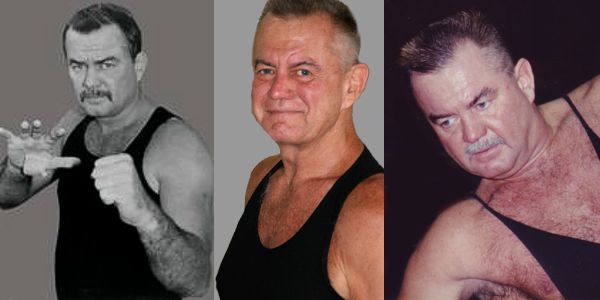 Larry Hartsell came into Bruce Lee’s school as a man with a Black Belt in Judo and over 10 years of experience in grappling as well as a strong foundation in the striking arts that began in 1961 with his training in Kenpo Karate under Ed Parker. Shortly after receiving his Black Belt rank from Ed Parker, he spent time in the Army including combat in Vietnam, where he served with military police.

Larry Hartsell, already an accomplished Judo man, enjoyed sparring with soldiers from the elite South Korean ROK division stationed nearby. Upon his return to this country he enrolled in SiGung Bruce Lee’s Chinatown school in Los Angeles. It was at this school that he began his thirty years of training under Guro Dan Inosanto, which he continues to this day. Larry Hartsell’s training under Bruce Lee continued with Private instruction at Bruce Lee’s home in Bel Air, California.

It is well known to the students of Bruce Lee’s Jeet Kune Do that Bruce Lee broke combat down into the four ranges of Kicking, Boxing, Trapping and Grappling. The serious students of Jeet Kune Do are also aware that the development of the grappling range techniques in this system were assigned to Larry Hartsell. At the time of Bruce Lee’s untimely death there were only 33 formal techniques in the grappling range. As the final and closest range there was much research to do in this range and Larry Hartsell has continued his research into this area with various discrete techniques that now form the core of Jun Fan Jeet Kune Do Grappling.

Larry Hartsell’s skill in hand-to-hand combat, his weapons training and his development of techniques in the grappling range led to a wide and varied range of professional experiences. With his training under Bruce Lee, his degree in criminology, his ten years of law enforcement experience, and his training under Dan Inosanto, Larry Hartsell has been in wide demand as a professional bodyguard for celebrities like Mr. T of the A-Team fame, and as a trainer for both the Dallas Cowboys and the San Francisco 49ers. In addition the this he has taught classes at his own schools as well as at the Inosanto Academy, and has offered self defense and combat courses for the elite Navy Seals and police officers through various colleges and aagencies

Larry Hartsell has authorized several books on the subject of Jeet Kune Do Grappling. “Entering to Trapping To Grappling and takedowns, Counters, and Reversals.”  In addition he has five internationally distribute videotapes on the grappling arts. These books, videos and his skill in the grappling arts have resulted in Larry Hartsell being listed in the “Who’s Who in Martial Arts” and cover shots with numerous feature articles in magazines including Inside Kung Fu, Black Belt, Martial Arts Training, Inside Karate, Australian Fighting Arts, and many others.

With deep regret we share with you that Larry Hartsell died on Monday, August 20, 2007