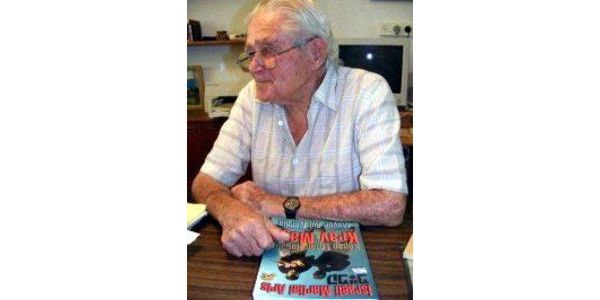 The developer of the short stick fighting method, Maishel Horowitz passed away on December, 2009.

Maishel was born in 1919 in Russia. While still a baby his parents were murdered on a country road. The murderers threw baby Maishel into an icy puddle along the snow covered banks of the road and left him to die. Passersby saved him and recognizing his dead parents took him to his grandmother. His grand mother brought him to Palestine where he was raised by his parents relatives who lived in Tel-aviv.

In the 1930’s Maishel joined the youth movement “Mhanot Haolim” and became very active.
In the late 1930’s he was a group leader in the youth movement and one of the founders of the “youth-companies” (as in military units) of which he was chief commander between 1940-1943.
The youth companies helped protest against the British mandate and fight against underground groups who had broken of from the “Hagana”. It was during this period of activity in 1939 that he received training in Jujitsu boxing and knife fighting from Hagana instructors.

One problem that haunted Maishel and his friends was how to deal with British policemen armed with clubs, and it was for this purpose that together with fellow members of the youth movement he developed the shport stick fighting method. Maishel’s method became one of the main components of hand to hand combat training for all Hagana members between 1941-1948. 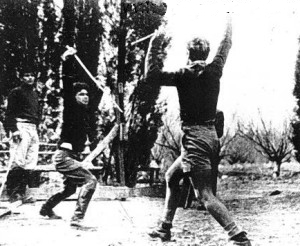 He was active as an instructor between 1940-1945 and helped lay the foundation for the training format of hand to hand combat in Israel during the 1940’s.

The Palmach museum website call’s him developer and chief instructor of Kapap in the Hagana and Palmach. In 1942 he completed his officers course and during the war of independence(1948) he participated in several battles serving as a company commander.

After the war and the establishment of the state of Israel, Maishel lived on a kibbutz where he was active as an educator. For many years he worked in the kibbutz movements organizational and social consulting division until he retired in 1998 at the age of 80.

A year later I met Maishel and have been in touch with him for the last decade. I knew him as a modest unassuming man who never looked back at those years of activity in the forties.
He had made a major contribution to the development of Kapap which slowly transformed into Krav Maga in the IDF during the 1950’s. In fact Maishe did not even know that such a thing as Krav Maga existed or that his stick fighting system was taught to soldiers as late as 1959.
He will be sorely missed.