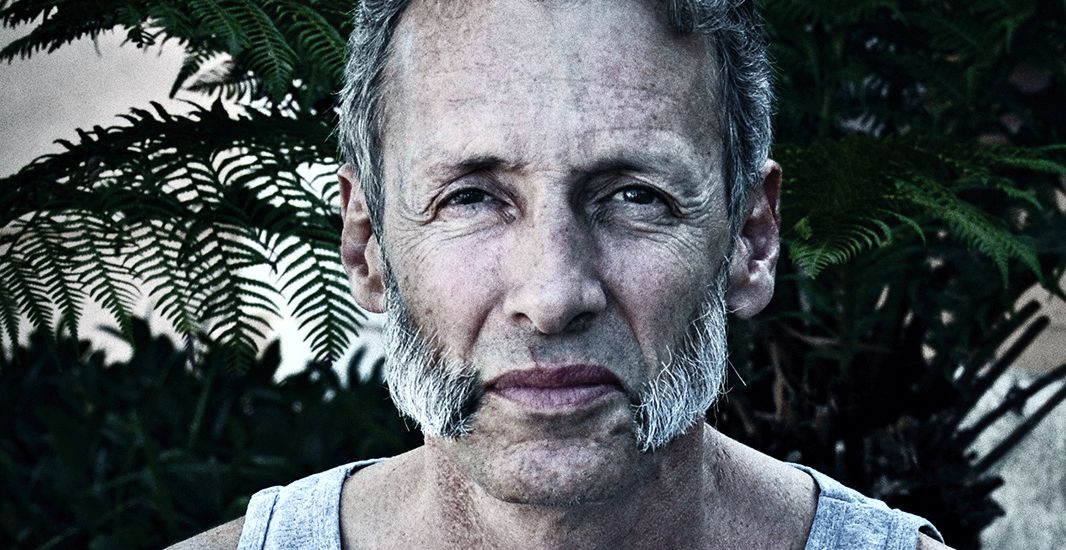 Marc “Crafty Dog” Denny shares his history in the martial arts and training in stickfighting and other arts with the likes of Paul Vizzio, Dan Inosanto, Paul Vunak, Edgar Sulite, and the Machado Brothers.

After spending my 20’s in the typical merriment’s of the ’60s and ’70s, (e.g. I was at Woodstock.) in my final semester of law school (spring ’81)I noticed Sifu Paul Vizzio teaching Fu Jow Pai (Tiger Claw Kung Fu—taught only in the NYC area) in the gym. I was impressed with the man, (after beginning with him I discovered that he was the PKA World Lightweight Champion) and certainly growing up in NYC had given me many experiences to appreciate the need for skills. The class was rigorous and I had to give up cigarettes.

After graduation, I moved to Washington DC for work and at Sifu Vizzio’s suggestion (“you need to work on your legs, try the “X” TKD schools”) started in a yuppie chain based in the DC area. I knew it wasn’t what I wanted, but it was the most productive use of my time available to me.

After a year, I outgrew lawyering and moved to California. I met a guy on the beach who told me about the “Kali Academy”. I had never heard of Kali, or Dan Inosanto, or any of arts it offered, but wandered in to check it out and have never left.

It was at the Kali Academy that I met Paul Vunak, who was very articulate about the benefits of trapping, so I trained with him for a few years. A very lively time and lots of learning. Paul spoke about the benefits of training stickfighting for developing trapping, so when one day Bill Gaye and Chris Markus came in with some BIG bruises saying they had actually been stickfighting I was intrigued. I had read about the “death matches” in the Philippines in Guro Inosanto’s book and was kind of surprised that they were still alive. Next time Bill and Chris went, I tagged along to “just watch”.

This is how I met Eric, who talked me into giving it a go. I had envisioned myself as quite the Sombrada stud, but somehow NONE of it showed up. This was a very sobering thought and I mulled it over for a couple of months. Already in my mid 30s, kickboxing seemed to offer a limited lifespan, yet I wanted to make sure that my skills were real. I resolved that stickfighting would become my vehicle to true fighting skill. Frankly, for the first couple of years, I was more determined than brave or talented, and I appreciate the way that Eric never overwhelmed me.

Eric and I became good friends, and he was always complaining of the difficulties of finding playmates. So I talked him into the Inosanto Academy with me where I knew we would be able to find more playmates. I already knew Eric through his teacher, Tuhon Leo Gaje, and he was allowed to jump into Guro’s class with me. We were trusted to stay after classes for the night and use the school for sparring and then close up the school. In addition to the flow of adventurous visitors that a legendary place like the Inosanto Academy attracts, a small group of regulars (Mark Balluff, Mark Sanden, and others) known as the “After Midnight Group” evolved. In the beginning the head gear was hard, and one night when Mark S. was exploiting this Eric grumbled a bit, so I reached up on the shelf and grabbed some very old fencing masks. It was also at this time that I suggested that we allow grappling, although none of us had a clue. Our first exposure to BJJ came probably around 1987 when Carl Franks, a student of Relson Gracie in Hawaii was visiting and played. We were intrigued.

The After Midnight group became “the Dog Brothers” at the three day fight fest in May ’89. This was a transformational experience for all concerned. Everyone, except for one fighter who could only make the last day, averaged at least 20 fights. To go out to fight again and again, day after day, is an experience that is hard to describe. It is a crucible.

In the summer of ’89, when I was attending my second Pekiti Tirsia summer camp in Tennessee, I was introduced to Punong Guro Edgar Sulite by Guro Inosanto and began extensive private training with him. Although I am an instructor in his Lameco system, I must say that our emphasis was on helping me as a fighter—there is much of the system that I do not know. A good man as well as a talented fighter and teacher, his untimely loss is a reminder to seize the day.

In the summer of 1990, Chris Hauter introduced me to the Machado Brothers, and influenced by the results, I began to train BJJ in earnest. Studying with my good friends the Machados has been a truly wonderful experience.

With the advent of the UFC, somewhere around UFC 3, we were approached about being a special event between the semi-finals and the finals, but ultimately were turned down, in the words of their letter, because we were “just too extreme” and would get them shut down.

The Dog Brothers videos were edited the winter of ’92-’93 (I was laid up by a severe knee injury, so I was to finally get around to it) and released fall of ’94. They have made it much easier to find playmates, and the “Gatherings of the Pack” now regularly draw 20-30 fighters from around the country, and an audience of over 200.

What a long strange trip this is! An amazing thing that started as some sweaty, smelly psychopaths with sticks. I doubt I could play my part without the help and guidance of my teacher, Guro Dan Inosanto.