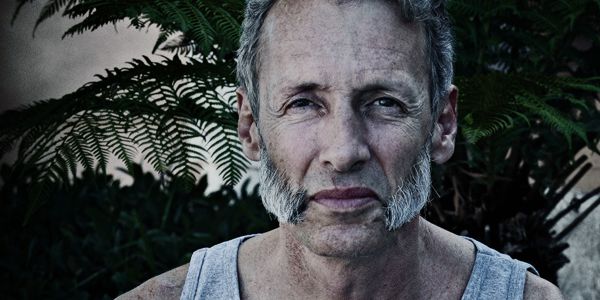 In 1981 Guro Marc Denny began his martial arts training with Tiger Claw Kung Fu under Sifu Paul Vizzio in New York. Afterwards he also spent some time with Tae Kwon Do while living in Washington, DC, before moving to California. It was there that Marc was fortunate to meet someone from the Inosanto Academy who told him about kali, whereupon he “wandered in to check it out and have never left”.

There Guro Marc Denny trained under Guro Dan and also Paul Vunak, and it was through the training group there that Marc was introduced to the concept of full-contact stickfighting.  Some of his training partners (Bill Gaye, Chris Markus) were already working that approach and invited Marc to give it a try. It was through them that Marc was introduced to Eric Knauss (soon to be “Top Dog”).  The early days of their training together happened at the Inosanto Academy in after-hours training with a group of dedicated and adventurous students and visitors that came to be known as the “After Midnight” group.  It was during this time that they began to evolve the approach that would later become the foundation of Dog Brothers training and fighting.

Marc Denny introduced Brazilian Jiu-jitsu to Dog Brothers Stick Fighting in 1990 some three years before the UFC.  It was also Marc Denny who introduced Guro Inosanto to his BJJ teachers, the Machado Brothers, resulting in their long-time association with the Inosanto Academy.

The defining moment of the Dog Brothers came in May of 1988 when Marc, Eric, Arlan Sanford, Philip Gelinas, and others came together for a three day “fight fest” at a park in San Clemente.  Almost all the fighters averaged 20 fights over that weekend and as Guro Marc Denny puts it: it was a crucible. The Dog Brothers were forged that weekend, and from there have grown to be a legendary force in the world of stick fighting, and martial arts in general. That “fight-fest” has come to be known as the first “Gathering of the Pack” – an event that now happens twice a year, and in 3 countries (USA, Canada, and Switzerland).

Guro Marc Denny has continued his training in kali (adding Lameco, Pekiti Tirsia, and others) as well as BJJ and many other arts. It is from that broad base of training and deep well of fight experience that Marc Denny, along with his fellow original Dog Brothers, crafted (and continues to craft) the Dog Brothers Martial Arts curriculum.  From experience.

In the words of Crafty Dog:  “If you see it taught, you see it fought.”