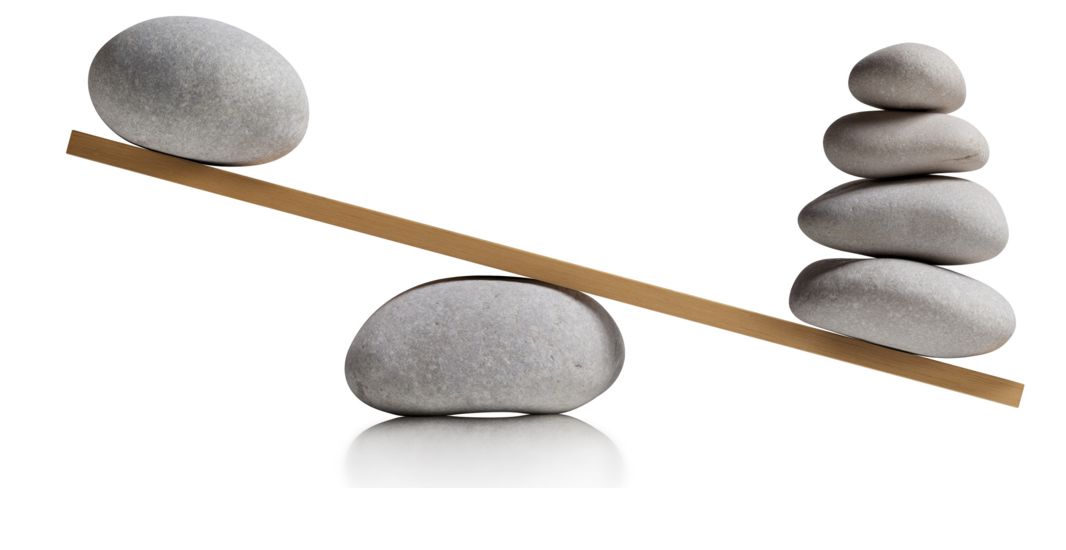 Training became a practice in balance, as I learned not just the techniques of martial arts but also how to live.

Martial arts training tests the mind more than the body. Martial arts practitioners of all ranks know this. When the body struggles for added coordination and flexibility, it is the mind that practices. When physical pain grows during training as we strive for greater strength and precision, it is the mind that persists. To surmount these interior obstacles, all of us need a good teacher.

I had the luck to find a great teacher early in life, who came from the Boy’s Latin School of Maryland. Robert Mitchell read Latin, Hebrew and Greek and threw the javelin and the discus in his spare time. He was like a man from another century. Robert told the much-younger me that “the mind is like a muscle” and gave me his best ideas on how to train that muscle. After just six weeks studying with him one summer at Franklin & Marshall University, we were taking the College Board exam in Latin and scoring well. At the age of thirteen. His instruction added immeasurably to my life, even more by the example of his conduct and character than by any information he imparted.

The value of discipline acquired early in life cannot be overstated. It sets the path for future achievement. Yet the aims that we set for our achievements can be profoundly different. Western culture focuses on meeting and exceeding goals, and celebrates high achievers. Eastern culture casts the value of achievements in terms of balance, and seeks to dispense with the ego as an essential precursor to the accomplishment of anything worthwhile. Robert Mitchell wasn’t an egotistical man, far from it – but his philosophical feet were planted firmly in the West. Practicing martial arts, we journey East.

That internal journey represents an expedition of the mind that outdistances any voyage over sea and land. It requires a fundamental realignment of the beliefs that shape our thoughts and actions day to day. Comfortable, familiar assumptions have to be put aside before we have something new to put in their place. To that extent, like all journeys this one is a step into the unknown.

A step into the unknown involves trust. Does it seem likely to the novice that control over one’s breathing can ultimately produce the focus necessary for speed and calm to merge in an explosion of energy that delivers precision and power, when suddenly faced with an unexpected attack? That required a leap of faith for me. It seemed too simple. How, then, were my doubts erased?

The example of a capable and benevolent master meant everything. Even for someone who had studied political theory, as I had, the philosophy of martial arts was abstruse and kept me at a distance. My questions didn’t elicit satisfying answers, I thought.

Closer to the truth was the reality that the right answers didn’t really satisfy me, and that’s exactly where the defect lay. My thinking mind was too much in the picture. What I failed to understand, and now know, is that diligent practice – and only that practice – is the sole expedient by means of which we acquire knowledge in martial arts, which is a practical philosophy. Talking or thinking does not produce the result that we seek. That is only obtainable in action, and action alone leads to knowledge of self.

We believe in things that we can’t see every day. When we decide to take a particular action a thought must first originate in our brain, and travel carried by nerve cells to our muscles which contract in response to the degree desired. We don’t see the signal sent by our brain, nor do we ponder its existence any more than we reflect on the existence of our own mind. We simply act. There is an invisible power that not only carries our thoughts into action, but makes all thought possible.

What is right action? It is right thought, and in the East that starts with right breathing. If you can breathe right, then you can think right and act right.

This world view presupposes that right and wrong exist and that all does not descend into relativism, a world in which all paths are both equal and equally confusing. That is a particularly Western malady of thinking, and one so deeply embedded in our psyche that it has made its way into how we practice law and govern ourselves. Contrary to popular belief, everything is not “okay” just because we would wish it so, and one alternative is not always as good as another. Making things right requires unprecedented, constant effort so that when we breathe correctly we arrive at a strong mind. Everything follows from there. Every feat of martial arts that prompts amazement and wonder in onlookers originates there. They see the outside. We know the inside.

The strong mind is a calm, untroubled mind. It sees the world clearly but does not react to its every turning and movement. The strong mind assesses and acts when necessary, and never out of anger or fear. It is how we would all wish to live.

There are so many who call and clamor for our adherence to their views – journalists, lawyers, marketers and politicians of every stripe. In almost every case, their calls for our agreement begin with something that they want, not something that’s good for us.

Martial arts instruction is different. It calls us to get acquainted with ourselves, to take a deep internal look at what’s really there. Once we begin training, we are bound to see not just the huge gap between the technical skills of novice and black belt, but an equally cavernous gap in terms of contentment and self-command. The novice may think that the apparent self-composure of the highly trained martial artist is partly a show. It is not. Quite the opposite. It is the total absence of need for anything resembling a show.

The practice of forms over many years is much more than a physical exercise. It is perpetual progress in the direction of a perfection to which we constantly aspire but at which we never finally arrive. The horizon always recedes, forever offering one more opportunity to grow. Yet, goals are met and a special freedom is obtained, the freedom from being tossed about by the storms of life. The martial artist strong in mind still feels deeply, but is not the prisoner of the feelings of others and need not react to every act, kind and unkind, that occurs within the range of the senses. In contrast, a strong sense of self radiates out from the center so that one remains internally unmoved by anything external, most of all when action is required. That state of mind allows not just safety in a fight, but peace of mind irrespective of events.

A lot can happen in life. You might be facing a divorce. Businesses fail, even good ones. Cancer may rear its ugly head. The only sure thing is that if you live long enough you’ll get kicked in the head at some point, metaphorically if not physically, and you’ll have to figure out how to respond. There’s no manual for it. But there is a method.

My instructor in martial arts picked up where Robert Mitchell left off so many years ago, in a sense. Several degrees, a child and an ex-wife later, his internal balance gave me the chance to think about how to create my own. Training became a practice in balance, as I learned not just the techniques of martial arts but also how to live. The composure that I acquired from that experience is more valuable than any riches, and bleeds into every other aspect of my life. A stronger, calmer mind makes better decisions, parents better, works better, copes with snarled traffic better and generally reaches better results with less internal dissension. It may be very difficult at the beginning but after a while, it isn’t. What’s difficult is to keep on doing things the old, unstructured, reactive way. Martial arts offers a way out of all that, by fully harnessing what you already possess inside.

Robert Mitchell taught me the nominative, genitive, dative, accusative and ablative parts of speech in Latin. My martial arts master teaches me poomsae forms and qigong. Thirty years apart, to instruct both used analogies involving a sword – the former to show how Latin parts of speech decline, the latter to show how the sword that takes life can also protect life. Good teachers do more than just educate a student in a subject. The best teachers give us a sword to use to excise the weak, unproductive part of ourselves that resides in all of us before we achieve a degree of mastery in a discipline, which leads to mastery of self.

That’s where internal calm comes from, and that’s how to live.

USAdojo - July 12, 2011
We use cookies to ensure that we give you the best experience on our website. If you continue to use this site we will assume that you are happy with it.OkRead more