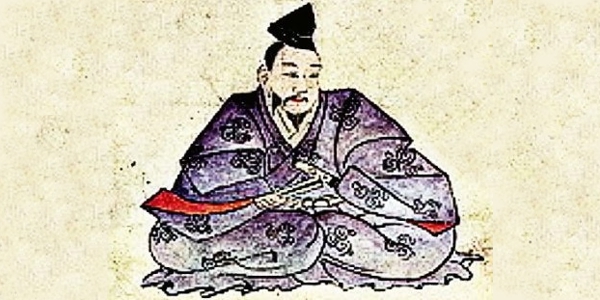 Masamune was also also known as Gorō Nyūdō Masamune, or Priest Gorō Masamune. He is thought to be Japan’s greatest swordsmith. There are no exact dates known for Masamune’s life and hence he has become almost a legend. It is believed that he made most of his swords in the late 13th and early 14th centuries between 1288 – 1328. He created swords, or tachi in Japanese, and daggers called tantō, in the Soshu tradition. It is believed that he lived and worked in the Sagami Province. Some old stories list his family name as Okazaki, but some experts believe this was simply a story to elevate the standing of the Tokugawa family.

At the Japanese Sword Making Competition an award exists for swordsmiths called the Masamune prize and it is not awarded every year, but it is only presented to a swordsmith who has created an exceptional work.

During the last part of the Kamakura Period, form 1288 – 1328, Masamune is believed to have worked in Sagami Province. It is thought that he was trained by swordsmiths from Bizen and Yamashiro provinces, such as Saburo Kunimune, Awataguchi Kunitsuna and Shintōgo Kunimitsu.

Style
Superior beauty and quality describes the swords of Masamune. This is remarkable because during this time the steel necessary for making swords was very impure. Masamune is considered to have brought to perfection the art of ‘nie’, where martensitic crystals are embedded in pearlite matrix which makes them resemble stars in the night sky.

Shintōgo Kunimitsu was Masamune teacher and they made blades in suguha, in a straight temper line. He also made magnificent notare hamon, where the leading edge of blade slowly undulates where it was quenched. Some of his blades were made with small irregularities, or ko-midare. This style appears to have been copied from the Old Bizen and Hoki Province styles. Some of his works have clear grey lines on the leading edge, called chikei, and also kinsuji which are lines like lightning streaking across the blade. They also have asnie, which is a beautiful grey shadow on the front of the blade caused by quenching.

Like other pieces of artwork, swords created by Masamune are often referred to with the smith’s name, and individual swords are also given a name. Perhaps the best known Masamune sword is the “Honjo Masamune”. It is a symbol of the Tokugawa shogunate and it is passed down from one shogun to another.

Signed works of Masamune are rare. The “Fudo Masamune”, “Kyogoku Masamune”, and “Daikoku Masamune” are accepted as his genuine works. We know he was active from the late Kamakura period to the Nanboku-cho period, judging from his style.

The Kyôho Meibutsu Cho, a catalogue of excellent swords in the collections of daimyos (which was edited during the Kyoho era by the Hon’ami family of sword appraisers and polishers), lists Masamune swords most frequently. The catalogue consists of three books and was created by order of the Tokugawa Yoshimune of the Tokugawa Shogunate in 1714. The first book known as the Nihon Sansaku lists the three greatest sword smiths in the eyes of Toyotomi Hideyoshi. These smiths were Etchu Matsukura Go Umanosuke Yoshihiro, Awataguchi Toshiro Yoshimitsu, and Goro Nyudo Masamune. This book lists 41 blades of Masamune, These three books together list 61 blades by Masamune. There are far more blades listed for Masamune than the next two sword smiths combined. Hideyoshi had a passion for Soshu sword smiths which probably explains this. A third of all swords listed in the Kyôho Meibutsu Cho are Soshu blades made by many of the greatest Soshu masters including Masamune’s students.

Comparison with Muramasa
The swords of Masamune are often contrasted with those of Muramasa, another Japanese swordsmith. Muramasa was not a full contemporary of Masamune, or Masamune’s student. Muramasa dated his work so it is known that he worked right around 1500 AD, and therefore he lived too late to have met Masamune. Whether legend or fantasy, Muramasa’s blades are described as being bloodthirsty or evil. Masamune’s blades are considered the mark of an internally peaceful and calm warrior.

Masamune Students
It is believed that Masamune trained a great number of sword smiths, 15 are known, 10 of which are considered to be the Juttetsu or ‘Ten Famous Students’ or “10 Great Disciples of Masamune”. These students are:

Chogi
(Bishu Osafune Ju Chogi Saku) (Bizen Kuni Osafune Ju Chogi)
Although Chogi was probably not a direct student of Masamune due to the dates when he was forging, his works are greatly influenced by Masamune’s work and the Soshu tradition and the work of the Soden Bizen swordsmiths.

Kanemitsu
(Bizen Kuni Osafune Ju Kanemitsu) (Bishu Ssafune ju Kanemitsu) (Bizen no Kuni Osafune ju Saemonjo Fujiwara Kanemitsu)
Kanemitsu may have created some of the sharpest swords ever known and he produced swords for many generals and other great men. He is another student who was most likely not taught by Masamune directly, but he was influenced by the Soshu and Soden Bizen revolution.

Shizu Saburo Kaneuji
(Kaneuji)
Shizu Saburo Kaneuji lived in Yamato province before going to Mino to study under Masamune. Kaneuji’s style changed radically in Mino. His swords are most like Masamune’s and are often confused with Masamune’s. The Mishina school can trace its history back to Kaneuji and through him back to Masamune.

Kinju
Kinju along with Kaneuji are the founders of the Mino style. Kinju was a monk at the Seisen-ji in Tsuruga. He led to the creation of Echizen sword making like Kuniyuki, moving to Mino around the time of Ryakuo (1338-1342) creating the Seki tradition.

Kunishige
(Hasebe Kunishige)
Kunishige created the Hasebe school where swords in the style of the second period of Soshu and Yamashiro were produced. His swords are considered by some to be equal to Akihiro and Hiromitsu. Kunishige created the Heshikiri Hasebe, The Forceful Cutter. It is listed in the Kyoho Meibutsu Cho, owned by Toyotomi Hideyoshi and then Oda Nobunaga. It bears a gold appraisal inlay of Honami Kotoku called a Kinzogan. Today the sword is a family heirloom of the Kuroda Daimyo Ke. The sword received its name from the story of Oda Nobunaga drawing it to cut through a table to kill Kannai, a tea master who betrayed him.

Kunitsugu
Rai Minamoto Kunitsugu)
Kunitsugu also goes by the name Kamakura Rai as he is the grandson of Rai Kuniyuki. The influence of the Soshu and Yamashiro traditions are seen in his works.

Saemonzaburo
(Chikushu Sa) (Chikuzen no Kuni ju Sa)
Saemonzaburo believed to go by the name Yasuyoshi, signed his work using the first two letters of his given name. He is considered by some to be one of the greatest of Masamune’s students. He was a Soshu swordsmith and he also created the Chikuzen tradition.

Saeki Norishige
(Norishige, Saeki)
Saeki Norishige is historically considered to be one of the best of Masamune’s students. He is numbered among the Juttetsu. However, current research indicates that he was a senior student to Masamune, junior to Yukimitsu, and under the great teacher Shintōgo Kunimitsu. He, like Go, comes from Etchu province and is well known as the only smith to have mastered the style of matsukawa-hada, pine tree bark pattern steel, making his work unique.

Go Yoshihiro
(Yoshihiro)
Very few works exist by Go Yoshihiro due to his death at the young age of 27. No known signed works exist. He is believed to have gone by the names of Go Yoshihiro or simply Go, which was the name of the town where he came from. He is a Soshu sword smith and a member of the Etchu tradition.

Naotsuna
(Sekishu Izuwa Naotsuna Saku) (Naotsuna Saku)
Many theories exist that Naotsuna may have been a student of Saemonzaburo among others. His work is considered by many to have been influenced by Soshu even if not taught by Masamune directly, he is also influenced by the Soden Bizen and Iwami province style.

Hiromitsu
(Sagami Kuni Junin Hiromitsu)
Along with Akihiro brought about the second period of the Soshu style.

Sadamune
A student and possibly son or adopted son of Masamune. Like his father he left no signed work, but is considered peerless in the Soshu tradition after Masamune.

Akihiro
(Soshu Ju Akihiro) (Sagami Kuni Junin Akihiro)
A direct student of Masamune, along with Hiromitsu was responsible for refining the Soshu style to create the Soshu second period.

USAdojo - September 11, 2011
We use cookies to ensure that we give you the best experience on our website. If you continue to use this site we will assume that you are happy with it.OkRead more