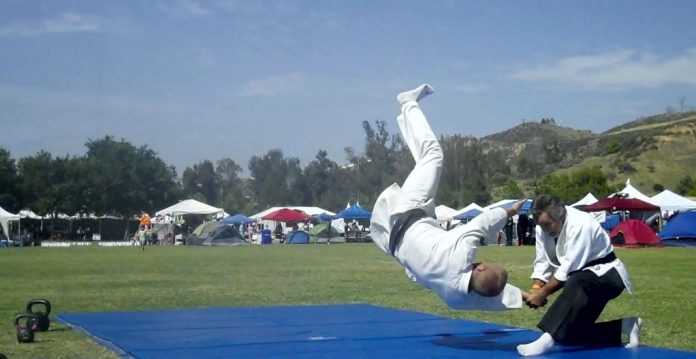 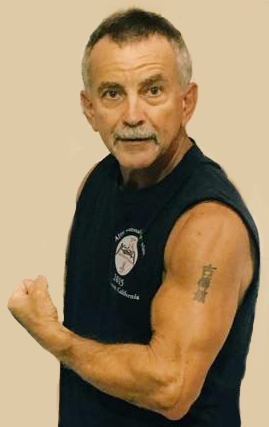 Sensei Kevin Colton is the chief instructor at the Santa Clarita Jujitsu School. In 1966, Kevin started Danzan Ryu Jujitsu with instructor Joe Burlin at the Pacific Palisades YMCA. The dojo relocated to the Westside YMCA in 1972 where Kevin continued his studies and received the rank of Sankyu from Sensei Burlin. In 1974, Prof. William Randle took over the Westside YMCA where Kevin continued to train. Kevin transferred to Penmar Judokai where he studied under Prof. James Marcinkus. He received his AJJF Shodan in 1976.

In 1978 the Southern California Jujitsu Association separated from the AJJF and Prof. Marcinkus retired. Kevin Colton wandered from instructor to instructor until making contact with Prof. Tom Ball in 1989 where a synergy developed. It was in 1993, that Professor Tom Ball formally became Kevin’s sensei. Kevin received his AJJF Nidan in 1994; Sandan in 1997; and Yodan, 4th Degree Black Belt, in 2000.

Kevin Colton started teaching for the Santa Monica Parks and Recreation Department in 1971. He also taught classes at Westside YMCA and Penmar Judo Kai through the mid 1970’s. Kevin took over the Granada Hills Jujitsu Kai in 1984 from Eric Petrilli and transformed it into a prosperous and flourishing dojo until nature had its way with the January 1994 Northridge earthquake. In 1993 Kevin opened the Santa Clarita Valley Jujitsu in Saugus where he resides. During the first five years of its operation, it was the largest dojo in the AJJF and to this day remains a powerful force within the federation.

Kevin Colton graduated from the Danzan Ryu Seifukujutsu Institute under Prof. Robert Hudson in 1997. In his years of teaching Kevin has promoted 18 students to the rank of Black Velt.

USAdojo - February 28, 2005
We use cookies to ensure that we give you the best experience on our website. If you continue to use this site we will assume that you are happy with it.OkRead more