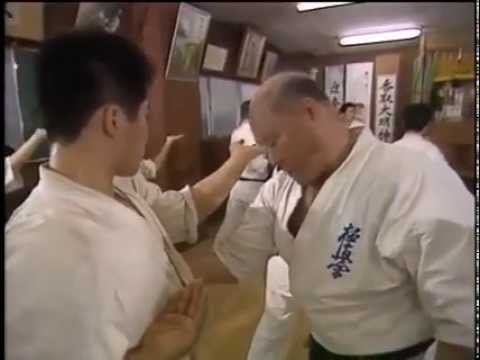 Masutatsu Oyama was born in Ryong-Ri Yong-chi-Myo’n Chul Na Do Korea in 1923, and completed middle school in Seoul. In 1938, when he was 12 years old, he came to Japan to live, where in 1941, he entered the Tokyo Takushoku University.

Masutatsu Oyama had mastered the Eighteen Techniques of Chinese Kempo while he was still in his homeland. When he came to Japan, he became a pupil of Gichin Funakoshi, the man who introduced karate into Japan, and soon achieved the status of a second-grade (Dan) karate master. He interrupted his college education when he was drafted into the military in 1943, but he continued his karate studies with Sodeiju, then karate instructor at the Goju school. By the time the war was over, he had become a fourth-grade karate master. 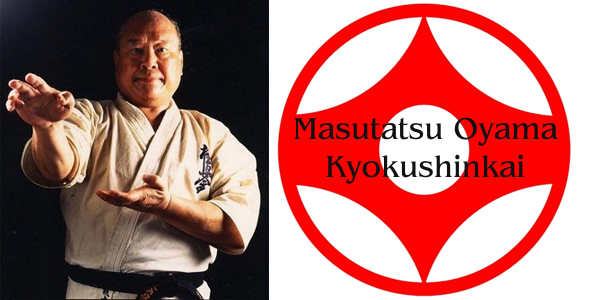 When World War II was over, Masutatsu Oyama temporarily volunteered to assist his native land in its recovery, because of the conflict that soon followed between North and South Korea he gave up these efforts and concentrated on karate. In 1947, after he had won the All-Japan Karate Tournament, he resolved to live his life in the way of karate and determined to follow the doctrines of its way. After 1948, for a full three years, he secluded himself from human society, devoting himself completely to a life according to the precept of Zen. He lived in temples and in the mountains and subjected himself to the disciplines of the martial arts both night and day. Through such rigorous training as seated meditation under waterfalls, struggles with wild animals, and smashing trees and stones with his bare hands, Oyama refined not only his doctrine of karate, but also his own mind and body. When he had completed this course of rigid discipline, his self-confidence returned to him. In 1951, he returned to civilization from his mountain retreat to teach the true meaning of karate to the world.

Masutatsu Oyama amazing techniques, manifested most dramatically in his ability to rip the horns from bulls, caused a sensation in the karate world. The renown of Oyama karate flashed abroad with such speed that a training hall soon became necessary for the many students clamoring to be trained in the Oyama way. Oyama’s 1952 karate tour of thirty-two of the United States met with great success. In 1956, he toured Southeast Asia, and in 1962, starting in Europe, he went around the entire world establishing training halls for the Oyama karate method.

Masutatsu Oyama karate halls number 17 in the United States and 76 in 16 other countries of the world. The number of students exceeded 100,000. In 1958, for the sake of these students, Oyama published his first karate guidebook, What is Karate? In Japan, the first Oyama training hall, the Kyokushin Kaikan, opened in 1955, and in 1964 a new five-story hall, with present Prime Minister Eisaku Sato as honorary chairman, began carrying on the master’s training program.