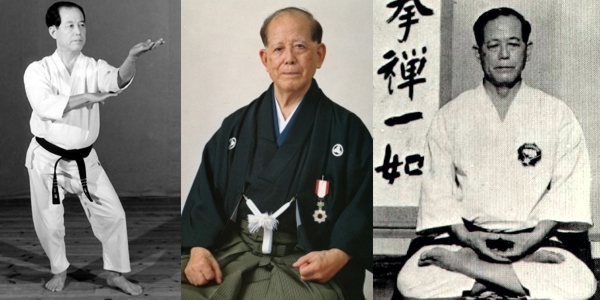 Nagamine Shoshin also credited Motobu Choki as the teacher who inspired his seven Yakusoku kumite forms. Today, the official Matsubayashi-ryu organization is run by Sh?shin Nagamine’s son, Takayoshi Nagamine, though there are many schools teaching Matsubayashi-ryu that are not officially affiliated with the Nagamine dojo.

Matsubayashi-ryu or Matsubayashi Shorin-ryu is one of the better-documented traditional karate styles, owing to Nagamine’s book, The Essence of Okinawan Karate-do as well as Tales of the Masters.

Used for generations as a practical and pictorial guide, it contains over 1,000 photographs to document eighteen classic karate kata (preset forms) and seven yakusoku kumite (prearranged partner exercises), as well as basic techniques. This book is a precise and easily accessible pictorial guide to performance and perfection of traditional karate.

The only book in English with photos of one of the great prewar masters demonstrating the proper execution of Okinawan karate, The Essence of Okinawan Karate-Do is a bridge between karate’s legendary past and the practitioners of today. This intelligent and imaginative text explains the historical landmarks in the development of style, vividly outlines its leading forms and techniques, and recalls noted Okinawan karate men of the past, including the author’s teachers Ankichi Arakaki, Choki Motobu, and Chotoku Kyan.