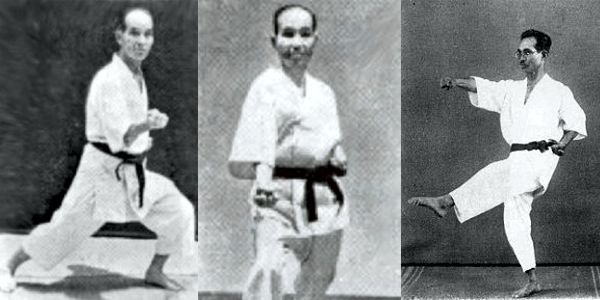 Although Chinese martial arts began spreading to Okinawa in the 14th century, it was not prominent until the 18th century, when Kusanku, a Chinese military official, visited Okinawa and gave a demonstration. In subsequent visits, he started teaching “chuan fa” (meaning “fist way”) to Okinawans.

Matsumura was Anko Itosu’s primary instructor, and both Matsumura and Itosu instructed Chotoku Kyan and Choki Motobu. Several of Kyan’s students would go on to lead their own branches of karate. These are: Shoshin Nagamine (Matsubayashi-ryu), Tatsuo Shimabukuro (Isshin-ryu), Eizo Shimabukuro, Joen Nakazato (Shorinji-ryu), and Zenryo Shimabukuro (Chubu Shorin-ryu).

Shimabukuro was also the instructor of Matt Larsen (who later founded the US Army Combatives School) and American kickboxer Joe Lewis and Bill Wallace.

Shimabukuro currently lives in Okinawa and actively teaches classes on the island. He also tours around the United States upon request, visiting dojos within his organization and performing demonstrations on proper form and technique.