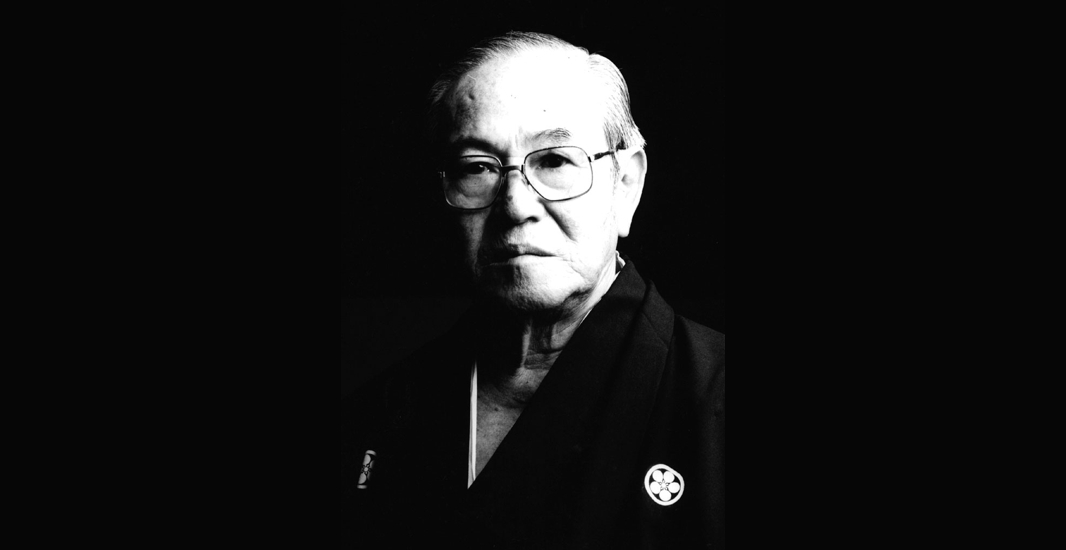 Meitoku Yagi was born on March 6, 1912 in Kome, Naha City, Okinawa. He was Chinese and his family can be traced back to 36 Chinese families who immigrated to Okinawa from China in 1392. A karate master and teacher, he learned Goju-ryu from its legendary founder Chojun Miyagi. Yagi was named a Living National Treasure (ningen kokuho) for his contributions to the martial arts by Emperor Hirohito on April 29, 1986.

Meitoku Yagi teacher, Chojun Miyagi, died in 1953, and Yagi then opened his own dojo in the Daido district of Naha.  He called his school Goju-ryu Meibukan, which means house of the pure minded warrior. Meitoku Yagi used the first kanji in his given name, 明 (Mei), for the name and crest of his school. These have several meanings, including purity. Made up of the kanji for sun and the kanji for moon, reflecting the duality of nature inherent to Goju-ryu. The main headquarters for the Meibukan school are in the Kume district of Naha. Meitoku Yagi’s primary goal for his students was that they promote peace, be good people and contribute to society. 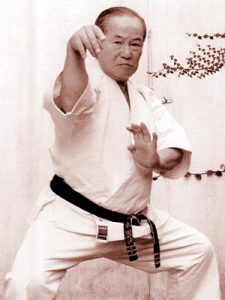 Meitoku Yagi began developing a series of kata, called Meibuken kata, in the 1970s and 1980s. The first kata in the series is Tenchi, which means “heaven and earth.” Originally two kata, Fukyu kata ichi and Fukyu kata ni, were put together so when two karateka performed each half, an attack in the first kata would correspond with a block in the second. The Meibuken kata are different from the kata in the Goju-ryu in many ways, reflecting Yagi Sensei’s Chinese roots and his time studying in China. For example, practitioners will use vertical closed hand chambers, and a different yoi position.

The other four Meibuken kata represent the four guardians of the cardinal directions in Chinese mythology. As with Ten no kata and Chi no kata, the other four kata also pair up to show the kata’s bunkai. Seiryu (East, Blue Dragon) and Byakko (West, White Tiger) go together, and Shujakku (South, Red Phoenix) and Genbu (North, Black Tortoise) go together. These are the English names used for the kata, Meitoku Yagi once said that he never specifically chose colors for the animals. 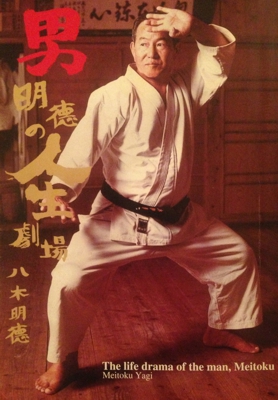 In 2000, Meitoku Yagi released an autobiography entitled The Life Drama of the Man, Meitoku.

Meitoku Yagi was still performing demonstrations of kata in 2002 when he was 91 years old.

Meitoku Yagi died on February 7, 2003. At the time of his death he was considered to be the most senior Karateka in the world.

USAdojo - February 1, 2007
We use cookies to ensure that we give you the best experience on our website. If you continue to use this site we will assume that you are happy with it.OkRead more