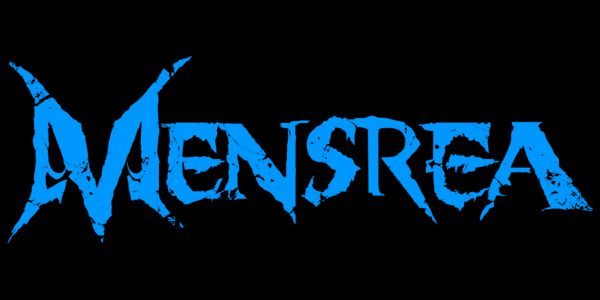 I recently read the following quotation from Edmund Burke, Irish orator, philosopher, and politician (1729-1797): “All that is necessary for the triumph of evil is that good men do nothing.” This important point should be in the hearts and minds of all martial artists.

Martial artists carry the burden of doing the right thing and must be careful not to allow ego to create “mens rea,” which is a legal term defined as “the intention to commit a wrongful act” (Webster’s New Millennium™ Dictionary of English, Preview Edition (v 0.9.7) Copyright © 2003-2008 Lexico Publishing Group, LLC). Martial artists must be mindful of their own intent at all times, doing good things when faced with evil, while avoiding the evil things that having martial skills could lead them to do. The martial skill should be used for good and not evil and therefore, the avoidance of “mens rea” must be foremost in mind.

There are the three stages of conflict: 1. pre-conflict, 2. conflict, and 3. post-conflict. Martial artists must always think about the post-conflict. Remember these rules: the bad guy may use anything you carry against you, and, if you carry any type of firearm, no matter the status of the firearm whether drawn or not, and you are in a confrontation, it will likely be considered a firearm confrontation in court. Likewise if you carry a knife, even if the knife stays in your pocket. If you engage in a fight and the aggressor is able to take your weapon, your fight has just become a blade or gunfight even if the attacker was unarmed to begin with. This is why weapon retention MUST be a part of training (pre-conflict stage). If you decide to carry a weapon, you must cover your bases in the pre-conflict stage by training in the use, retention, and disarming of the weapon. It is important to understand these rules because in the post-conflict stage, you will find yourself in court under nearly any circumstance. If not in a criminal court, you likely will be in civil court, even if you did everything correct. This is simply because of how easy it is to sue today. The courts look seriously at “mens rea” to determine if you have any intention for a wrongful act. So, carrying a weapon plays into this examination and it is important for a martial artist to understand how it all may be seen in the post-conflict stage.

KAPAP is a self-defense and close quarter combat system. KAPAP instructors strive to understand the students and what their motivations are. We cannot allow just anyone to learn the knowledge we teach simply because they can write us a check. We carry a responsibility for what is taught to our students and must understand that they can use the knowledge we impart to them in ways that may either be for good or evil. Do any of us want to teach the next “September 11 terrorist” how to “fly”? Fortunately, the majority of KAPAP students are Law Enforcement and people interested in being on the side of the law. We like to take the approach of teaching our students how a criminal may think (“mens rea”) so that they are better prepared to deal with those who act with evil intent.

Law enforcement and security personal would benefit from training the KAPAP weapons triangle. We all encounter many armed security people in today’s unsettled environment. Take airport security for example. It may seem safe, but is it? It may be that airports are, in reality, an “un-safe zone” if the security people are not training the KAPAP combat concept triangle. If airport security personnel do not know how to retain their weapons, then the terrorists do not need to smuggle guns through security. All they need is to be able to disarm the security personnel and create a firearm conflict in the airport. This goes for terrorists and criminals in any situation (think about banks and armed guards).

KAPAP has a saying for Close Quarter Battle (CQB), “you get the bomb and I’ll get the matches to light it.” If you think about what happened on September 11th you’ll remember that the airplanes served as bombs and all that the terrorists did was fly them to the targets. One of the most important things to study from history is that humans never learn anything from history . . . and that’s why we at KAPAP Academy keep writing and warning about mistakes we see other CQB instructors making. The goal of KAPAP Academy is to provide the most up-to-date, safe training possible so that lives are saved with the least amount of injuries.

Weapon Retention Overview:
Anyone who wants to carry a concealed gun and or a knife must seek training by law and apply for a permit to carry it so we know that person has received the minimum training for using the weapons. We sincerely hope they also know how to keep those weapons from getting into the wrong hands to be used against us. It is imperative police, military and security forces focus quality training on gun (and weapons in general) retention because it is the most important training for those who carry firearms in public.

The first step: Secure the weapon. Often this is to your hip – “holstering” it with both hands but sometimes with one hand. Dress code is also an important factor in this step – keeping the weapon in a secure position even when holstered, or wherever kept on the body.

The second step: Position your body to retain the weapon. We’ve found BJJ (Brazilian Jujitsu) to offer some of the best principles in regard to the art of positioning and relative positioning. Professor John Machado, our friend and teacher for BJJ, is an expert in the art of relative positioning. It is key to position yourself relative to your opponent so that the weapon is effective for you AND difficult for the opponent to obtain.

The third step: Effect of Release. There are many different ways to accomplish this, but the best is by using a move like the Karate move “Gedan Barai.” You hold the weapon with one hand and with the other starting high you hit down on his hand as he tries to take your weapon. This is the most common technique used for weapon retention, is simple and effective, and clears his hands from the weapon.

The fourth step: Create Distance to make it safe to use the weapon and you are out of the disarming range of your attacker.

For example, as you secure the gun to your hip or stomach area, imagine that you are trying to open a jar that is difficult to open. You would pull the jar near your hip and stomach area because this is the area of the body where you are the strongest and therefore have the core strength needed to open the jar. When you are attempting to secure your weapon use this same area of your body where you will have the strongest grip.

[Special note: We are happy to see the state of New York has adapted the above SPEC (Secure–Position–Effect of Release-Create Distance) system as the gun retention system for their law enforcement training at the police academy, and can recommend it because of it’s ease of study as an effective system for gun and weapon retention.

Thoughts on Post-Conflict
Another important thing regarding post-conflict, also described in our new book, is that whenever a weapon is present in a conflict, liability will rear its ugly head because weapons often mean the conflict has been elevated to the “deadly use of force” level. If you are a civilian carrying a weapon, even a knife that is legally acceptable, you must be aware that if you stab someone you will need to explain in court why you chose to use deadly force. KAPAP Academy instructors strive to warn students about this. We know it’s legal to carry, but worry that someone will be tempted to use it by pulling it in the middle of a fight. As previously described, “mens rae” will also be a consideration. Many believe it is better to carry a weapon and defend oneself than to have their life ended. We caution to use your mind and understand the post-conflict will usually include trips to court. Be aware of the legal and liability aspects of carrying any weapon. Note: I’ve traveled in some of the most dangerous places in the world and in the USA and I have never felt the need to carry. I’m concerned that over-confidence from carrying could cause situations that I would normally run from.

Always be mindful of your intentions, striving to avoid “mens rae”.

Often, my students ask me in seminars “where is your system going?”

I teach KAPAP and Israeli Martial arts as well as Brazilian Jujutsu (BJJ). I love BJJ because of the art of control that comes with it. With BJJ you can dominate without the “blind eye” that sometimes results with training in “reality based” systems. What I mean by this is that sometimes students seek only the end (winning a street fight) while ignoring the actual journey to the goal. A lot of value can be found in the finding of different ways to reach the goal.

Self-defense is more complicated than most “reality based” martial arts claim it to be. Students with minimal lessons will not have the same knowledge as someone who has trained for a year or years (assuming they have a good teacher). On the other hand, those who have trained for a long time sometimes have a large ego, which can result in dangerous mistakes because of over-confidence. Long-term students often think they know more than they truly do.

By Avi Nardia with Brian Hepp
Copyright © 2008. All Rights Reserved

Choosing the Best Martial Arts School for Your Children and You