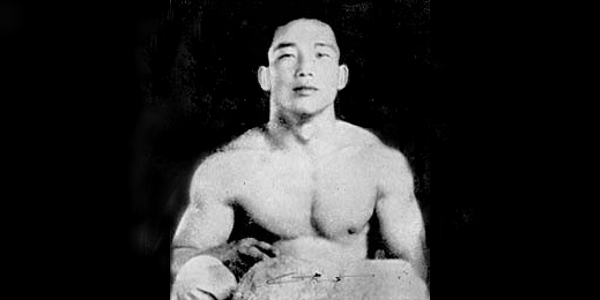 Words of Mas Oyama about Nei-Chu So from Oyama’s book What is Karate?.

When I was driven almost to self-ruin, Mr. Nei-Chu So, an elder of my native province, rescued me from the crisis. Mr. So, a thinker and master of karate, was a rare man of character and confidence. Moreover, he was a devotee of the Nichiren Sect. He preached to me that martial arts and religion are inseparably united and taught me the scripture of his sect.

When I was at my wits’ end as to what to do and went to see him, Mr. So, after encouraging me, said, ‘You had better withdraw from the world. Seek solace in nature. Retreat to some lone mountain hide out to train your mind and body. In three years you will gain something immeasurable. As the proverb goes, “Temper the heated iron before it gets cold, so train yourself in self discipline before you grow older if you wish to be a great man.”‘

When I heard Mr. Nei-Chu So’s advice, I felt as if I had been awakened and I suddenly understood the path to take. The Oriental Confucian maxim is: ‘First train one’s self, manage a household, and then reign of over a country.’ It is essential to train one’s self if one wants to administer the affairs of state wealth.

To Mr. Nei-Chu So, I shall forever be grateful for his advice and instruction which made me what I am as a karate master. I made up my mind to concentrate on the difficult road ahead. I reviewed all the futile actions I had taken in the past and decided, as advised by Mr. So, to isolate myself at Mt. Kiyozumi in Chiba Prefecture.”

Words of Mas Oyama about Nei-Chu So from Oyama’s book What is Karate?

Nei-Chu So was a direct student of Gogen Yamaguchi “The Cat”. Mas Oyama was Nei-Chu So’s most noted student.

For more information about Nei-Chu So, read The Most Important Japanese Goju-ryu Master You’ve Never Heard Of

USAdojo - September 7, 2012
We use cookies to ensure that we give you the best experience on our website. If you continue to use this site we will assume that you are happy with it.OkRead more