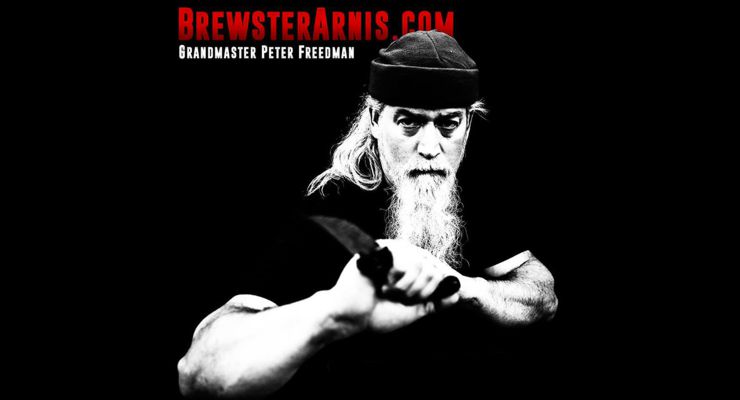 Grandmaster Peter Freedman is a native of Boston and has committed his time to the lifelong study of martial arts. His father was a professional boxer and a bare knuckle fist fighting competitor. Thus, from an early age, he was heavily influenced by his father’s concepts of boxing in the ring, as well as by his own experience outside of the ring on the streets.

Until recently, he continued to expand his knowledge of the martial arts through Guro Grande George Brewster, who taught a Filipino martial art, Arnis. Mr. Brewster, a veteran of D-Day and the Battle of the Bulge, passed on at 81 years of age 2006, but his legend continues to live on. Currently, the combative system of Brewster Arnis, which was perfected by GM George Brewster, has been entrusted to Sensei Freedman. Guro Grande George H. Brewster, the founder of the Brewster Arnis method, appointed Peter Freedman as the new Grandmaster of Brewster Arnis in 2000. To this day, GM Peter Freedman teaches each and every Arnis and Jujutsu class in Weare, New Hampshire. His school is a private martial arts school that promotes the higher learning of the inner teachings that was passed down to him. He maintains a small private group, to prepare new holders of old knowledge, to someday become teachers themselves. Please feel free to check out his website at Brewster Arnis on Facebook.