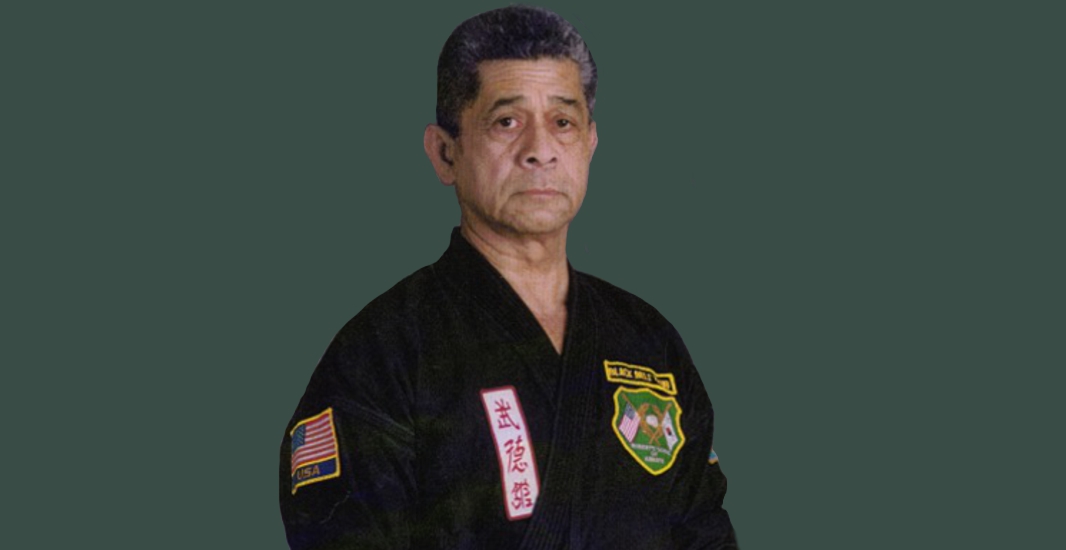 In 1947 James K. Roberts, Sr. joined a boxing club at Kaimuki Park, and judo at the famous Henry Okazaki’s dojo in downtown Honolulu. But it wasn’t until 1957 that he heard about the martial arts, karate. Roberts found this style very different from the judo he had studied, and he was interested in learning more about it. In order to learn more about karate, he went to the old Japanese school in Wahiawa where they he knew they were teaching this art. When he arrived at the school, the doors were locked, but he could here the activity inside. In those days, all martial arts were taught in secrecy and only to family and friends.

Eventually a friend got him into the school and was impressed with what he saw. The class was small, consisting of about eight people. He soon learned why classes were so small. It was because the training was brutal. There were no women or children, only adult males. At first Roberts was intimidated by the training, even though he was physically tough, and a 24-year old Korean War veteran. Roberts finally overcame his fears and joined the school. The system being taught was called KAJUKENBO, a combination of karate, judo, kenpo, and Chinese boxing, developed mainly for self-defense and he found it to be an effective street self-defense fighting style.

James K. Roberts, Sr. got his Black Belt after three years of training and he began teaching for Sijo Adriano Emperado, one of the system’s founders, at the Wahiawa YMCA. Among those individuals training at the time were Joe Black, Alapac, Tokamoto, Tony Ramos, and Al Reyes, Sr. and at the Wahiawa School, they were the first group of Black Belts promoted by Sijo Emperado. Roberts and a few others were Emperado’s second group of Black Belts.

In 1962, Roberts received a military assignment in Thailand for a short time, was returned to train in Hawaii, and then was assigned to Korea in 1963. At that time, Roberts asked Sijo if he could join another school because he knew he would not be coming back to the islands. Sijo gave his approval, knowing that Roberts was a soldier and would be traveling all over the world. While in Korea, Roberts studied Tang Soo Do directly under Master Hwang Kee. Kee Hwang established the Moo Duk Kwan – Tang Soo Do style in Korea in 1945. James K. Roberts, Sr. obtained his Black Belt in Korea. His Black Belt number is 6421. Today’s numbers are above 40,000.

After many decades of martial arts training and teaching, James Roberts was promoted to the rank of 9th degree Grandmaster by Sijo Emperado.