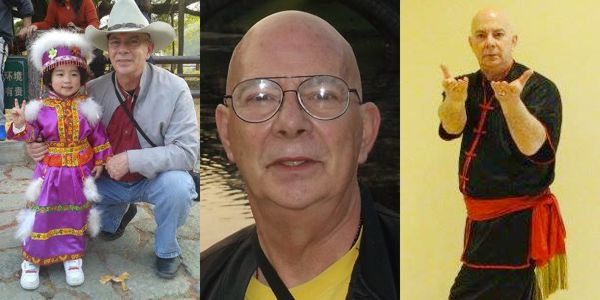 Martial Artist Phillip Starr began training in Judo in 1956 when his Father was stationed in the Panama Canal Zone. Within a year, he began training in traditional kung-fu. He continued training, also earning Black Belt grades in two styles of Japanese karate. His primary kung-fu teacher was W. C. Chen, a direct disciple of one of China’s best-known masters, Zhang Zhaodong. Mr. Starr learned taijiquan (tai-chi chuan), xingyiquan, baguazhang, and a form of shaolinquan from Master Chen.

Phillip Starr began teaching Chinese martial arts in 1967 at Parsons College in Fairfield, Iowa. He spent several years in law enforcement, serving as a peace officer, working in (state) drug enforcement, as a correctional officer at a state penitentiary, and later as a private investigator. He opened his first full-time school in Ottumwa, Iowa. He entered competition and earned the title of U.S. National Champion 5 times, the last time when he was 63 yrs. old. In 1976 he was named as a U.S. National Champion of the United States Karate Association, the only kung-fu stylist to achieve that title at that time.

In 1982 he was the founder of Yiliquan (One Principle Boxing) and currently serves as the National Chairman of the Yiliquan Martial Arts Association.