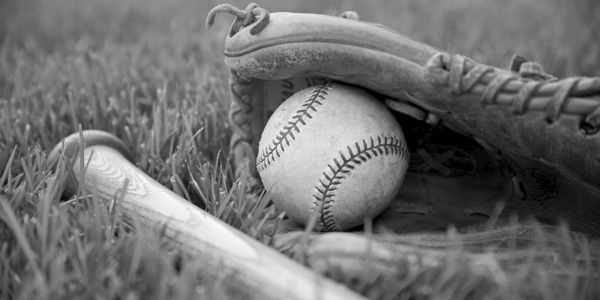 Baseball and The Principle of Flow

This week we celebrated a birthday of one of my favorite student’s, Justin Ray Harvey. It’s significant because Justin is a true champion, having Cerebral Palsy from birth he must fight and win his kumite every day. Never made more apparent to me than when he demonstrated the courage to get on a plane for this first time in his life, and travel across the country to be trained by me in my home. His situation is special and meaningful, as it reminds me about the complexity and significance of The Principle of Flow. Many mistakenly limit the meaning of this (one of the Five Principles of Everything, as identified by Gordon Richiusa) as relating to being fluid in one’s movements, acting without hesitation. However, the martial art principle of flow has far greater meaning.  Being Justin’s teacher, flow means moving toward a personal best by accepting the reality of the starting point:

“When not interfered with by outside influences everything nature does is done with perfection.” – Hanshi, Frank W. Dux

For example, there exists for me the memory of my childhood friend, Grant. I do not know why we became such good friends.  Grant could not play sports or seem to understand things as quickly as other children do. Where is the natural order of things in my childhood friend Grant?

I believe that when a child like Grant (disabled) comes into the world it is, perhaps, for our benefit. Benefit is one of the other of the Five Principles). Special individuals tend to give us an opportunity to realize that Core Human Values presents present themselves in our behaviors. In other words, our motivation for taking action is sometimes as important as the actions we are taking. We often treat handicapped people as if they were children. This may or may not be the right thing, unless our intentions are pure. In so doing, we may be demonstrating a variety of complex motivations, not the least of which is a desire to do our best communicating as we are forced to do with children.

When I was age 10, Grant and I had walked past a park where some boys I knew from Cub Scouts were playing baseball. I could see in his eyes he wanted to play and didn’t dare ask me, “Do you think they’ll let me play?” like some other child might naturally be inclined to do.

I knew that most of the boys would not want someone like Grant on their team, but I also understood that if my friend were allowed to play, it would make him feel accepted by others in spite of his handicaps. I approached one of the boys on the field I knew from my Pack, Troop 222 and asked (not expecting much) if Grant could play. The boy looked around for approval and then said, “Yeah, why not? We’re down by six runs and the game is in the eighth inning. I guess he can be on our team and we’ll try to put him in to bat in the ninth inning.”

In his leg braces, one foot with a Frankenstein style boot because he was born with one leg shorter than the other, Grant struggled over to the team’s bench. I had a small tear in my eye and warmth in my heart as I watched. The smile on Grant’s face said it all as he was allowed to sit on the bench with the other boys. Grant timidly picked up a glove, it was the first time he ever held a baseball mitt.

In the bottom of the eighth inning, Grant’s team scored a few runs but was still behind by three.  In the top of the ninth inning, Grant, borrowing my friend’s glove, played right field. Even though no hits came his way he was obviously ecstatic just to be in the game and on the field, grinning from ear to ear as I waved to him from the stands.

In the bottom of the ninth inning, Grant’s team scored again. Now, with two outs and the bases loaded, the potential winning run was on base and Grant was scheduled to be next at bat.

At this moment they could win the game and the typical pitch hitter stepped forward and my heart dropped assuming they weren’t going to let Grant bat and give away their chance to win the game.

Surprisingly, his new teammates looked to the pitch hitter, then looked to Grant and Grant was given the bat by a boy I didn’t know. Everyone knew that a hit was all but impossible because Grant didn’t even know how to hold the bat properly, much less connect with the ball, but Grant stepped up to the plate anyway. The and there, the pitcher knew that the other team was putting winning aside for this moment in Grant’s life, so he moved in a few steps to lob the ball in softly so Grant could at least make contact.

The first pitch came and Grant swung clumsily and missed. The pitcher again took a few steps forward to toss the ball softly towards Grant.

Everyone from the stands and both teams started yelling, “Grant, run to first! Run to first!”

Never in his life had Grant ever run that far, but he made it to first base. He scampered down the baseline, wide-eyed and startled.

Everyone yelled, “Run to second; run to second!”  Catching his breath, Grant awkwardly ran towards second, gleaming and struggling to make it to the base.

By the time Grant rounded towards second base, the right fielder had the ball and the smallest guy on their team now had his first chance to be the hero for his team.

He could have thrown the ball to the second-baseman for the tag, but he understood the pitcher’s intentions so he, too, intentionally threw the ball high and far over the third-baseman’s head. Grant ran toward third base deliriously as the runners ahead of him circled the bases toward home.

Grant reached third base because the opposing shortstop ran to help him by turning him in the direction of third base, and shouted, “Run to third! Grant, run to third!”

As Grant rounded third, the boys from both teams, and the spectators were on their feet screaming, “Grant, run home! Run home!”

Grant ran to home, stepped on the plate, and was cheered as the hero who hit the grand slam and won the game for his team. That day, boys from both teams helped bring a piece of civility and humanity into this world.

I moved away that summer. Years later, I was told Grant died that winter, having never forgotten the day he became a baseball hero.

The crude, vulgar, and often obscene passes freely through cyberspace, but public discussion about decency is too often suppressed. We all have thousands of opportunities every single day to help realize the natural order of things. The defining trait of a true Martial Artist and warrior–that which separates him from a technician or thug–is how one treats the least fortunate according to the Principle of Flow, as defined by the Five Principles of Everything.

By the way, this incident led to Grant’s father taking Grant and I to Ed Parker’s 1967 Long Beach Internationals. It was at the Long Beach Internationals that I found my defining moment as I became inspired to take up the study of martial arts. Would I have been so inspired had Grant’s dad not been motivated to take us to see Ed Parker’s event? Everything relates to everything else. It’s comforting to think that one good, yet innocent decision, may have led to a lifetime of involvement in  the martial arts.

There is Meaning to Rank in the Martial Arts

WR Mann - November 1, 2013
We use cookies to ensure that we give you the best experience on our website. If you continue to use this site we will assume that you are happy with it.OkRead more