My dojo hosts many seminars…

Yet I distinctly remember one of my first…

I showed up and as I joined the mat one of my fellow peers made the comment,

I was slightly taken aback. It wasn’t a compliment I was use to receiving on the mat. When I asked him what brought that about, he said,

“You actually have makeup on.”

This threw me for an even bigger loop. Attractive was never the adjective I would use to  describe myself on the mat. During training I would use adjectives like confident, strong, athletic, and maybe even badass. It was a few months later that I was told by a sponsor who had asked me to represent their gear, that they were withdrawing their offer because my photos on my social media were not “hot” enough.

​I was blindsided, confused, and I’ll admit it, a little hurt.

​I thought I was suppose to test out the Gi’s and then help promote them as a martial artist for their business. The truth of the matter was, this company didn’t want me promoting their merchandise with my talent and reputation. They wanted me to promote them with one of the oldest marketing tactics based on the philosophy that “sex sells”.

This age old marketing scheme has been around for hundreds, if not thousands of years, but I thought our society had become more progressive, reforming their ideology on feminine beauty to include qualities such as confidence, strength and athleticism. This company proved to me that they still want female martial artists to be sensuous and provocative. As female martial arts practitioners, do we need to allow them to cross the line and focus, not on our martial artists capabilities, but rather on our sexual appearance? 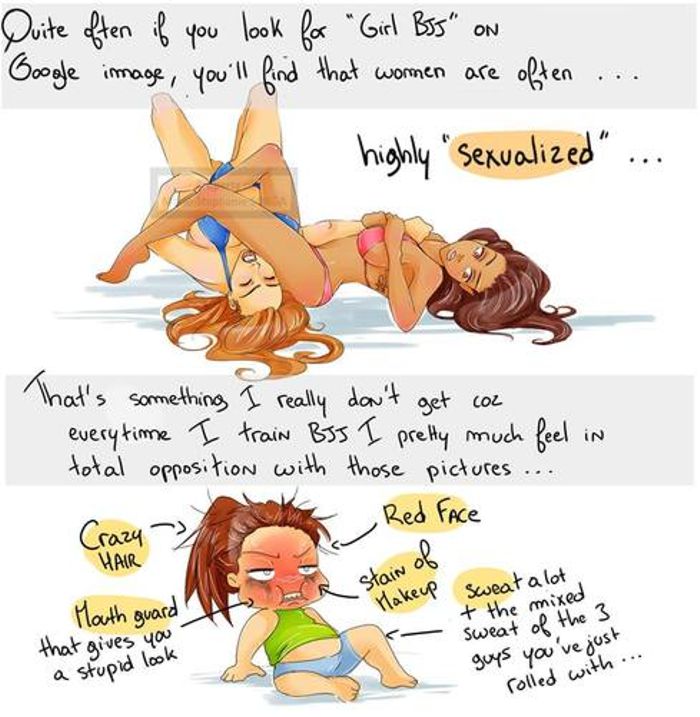 At what point do we say “no” to the over sexualization of martial arts?

Leeann Morris is the co-owner and operates and trains at World Class Martial Arts just outside of Philadelphia, Pennsylvania. She currently holds the rank of 4th Degree Black Belt Master Instructor in Tang Soo Do and the rank of Purple Belt in Brazilian Jiu Jitsu. Her husband and Professor, Aaron Morris, is a 1st Degree Black Belt under 8x World Champion and IBJJF Hall of Fame member, Master Robson Moura. 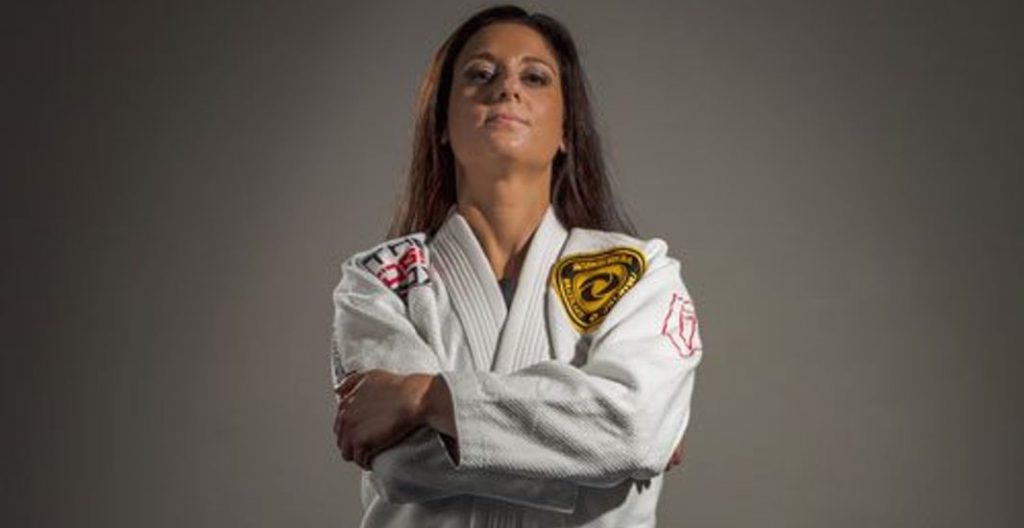 Mrs. Morris is also the owner of “Josei Heishi Jiu-Jitsu”.

Over the years Mrs. Morris has seen a growing support for females in the Jiu-Jitsu community. However, she still feels that more should be done. She wants to make a difference rather than hoping the difference will make itself. Josei Heishi is Japanese for “Female Soldiers” and the mission is to bring recognition to female martial arts practitioners. Mrs. Morris explains, “We want to give back to all the female athletes and practitioners in the BJJ community.” 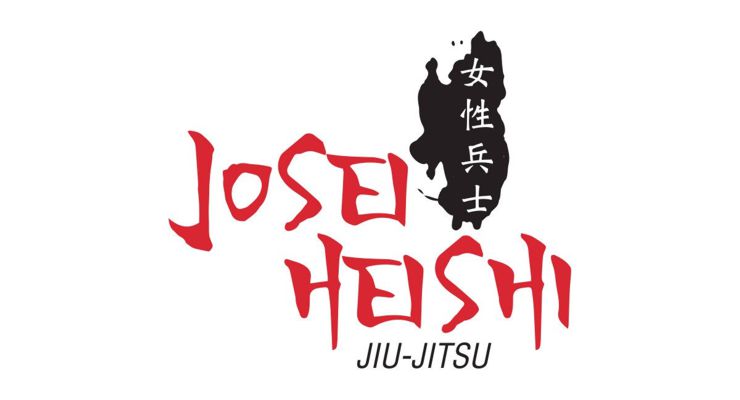 Its great to see more martial arts women in ads, but not when they are featured inaccurately. The ads often cross the line by blatantly sexualizing these female practitioners.

Some claim, that this type of attention is helping promote the art.

​“I don’t agree, but I know it is something that happens. Anyone who knows about the sport should care less about how you look and be more concerned about how you train and fight.”

​The blooming talent of many female practitioners is veiled by a portrayal of them as alluring or provocative rather than competent practitioners. Sexually portrayed individuals in any martial art can have a negative effect, not only on the system, but also on the current practitioners.

​While many practitioners, such as Mrs. Morris, might feel that martial arts is for
​ “women of all walks of life”, a sexual portrayal of females in the martial arts could affect negatively a student thinking of signing up for classes, or that sexual portrayal might create an unrealistic expectation for aspiring students causing them to lose interest and quit.

Males may not comprehend all the issues surrounding the over sexualization of martial arts and of their fellow female practitioners, but we all need to help educate others about these detrimental effects.

“What if it was their daughters or wives being sexualized? Men have to put themselves in that scenario to understand how they would truly feel in regards to a situation like this.”
​
Mrs. Morris points out that RAINN (the nation’s largest anti-sexual violence organization) shows 1 in every 6 American women have been a victim of an attempted or completed rape in her lifetime. With statistics like this, women need self defense training more than ever.

The over sexualization of martial arts as an industry will prevent women from trusting the industry to teach them self defense, especially if they have have been sexual abused.
​
It is organizations like Josei Heishi Jui-Jitsu who are encouraging female practitioners to support one another to create an empowering environment. ​

​“If women want to see a change, they have to be the change.”
​
When we quit being fixated on our appearance, our peers will be less concerned about us and more concerned about training!

To help battle the epidemic of over sexualization of martial arts, Mrs. Morris encourages practitioners to stand up for who we truly are.

“If you want to be seen as an independent, strong woman sometimes that means messy hair and no make up. Don’t sell yourself out and be someone others want you to be just to get ‘recognized’.”

As a female I do take pride in how I look and I do actually brush my hair, but when I’m training the last thing on my mind should be getting ready to walk a runway. There is no point to doing my makeup if I’m going to sweat it off. There’s no point in curling and styling my hair if it’s going to get pulled loose or plastered to my forehead. A female’s appearance during training is no different than in a life threatening situation, who cares what you look like as long as you survive.

Women must show their strengths and talent. You should never diminish your beauty or capabilities, but also remember that once it’s out there, you can’t take it back. Make sure that what is produced about you or by you gives off the message you really want sent.

Anyone can take a Gi off, but very few put a gi on and train wholeheartedly. Be proud of your accomplishments as a martial arts practitioner and do everything to be seen as a martial artist and not as part of the over sexualization of martial arts.

Kata and Prearranged Drills Are About Cooperation

Rodney King - September 13, 2008
We use cookies to ensure that we give you the best experience on our website. If you continue to use this site we will assume that you are happy with it.OkRead more