Anyone who knows me knows that I promote peace, harmony and unity in the martial arts community. Since the martial arts became popular in the United States politics and infighting among individuals, styles and systems and organizations have been the rule of thumb. It has been a source of personal disappointment to watch my brothers and sisters in the arts trying to tear each others to pieces. We are like a pack of wild dogs fighting over a piece of meat. I believe we all love the arts. I just wonder how we figure this is going to benefit the martial arts and the martial arts community.

There is a constant bout of finger pointing and accusation concerning, credibility. Much of this is because of the mode of training and the source of knowledge of some individuals. In my mind knowledge is knowledge and ability is ability however it is acquired. I realize that some practitioners have dubious roots but I would first consider the ability of the practitioner before I criticize him as a martial artist.

After many years in the martial arts I trained with a group of teachers and masters and we formed an organization and a combat system. In the organization there were about twelve different martial art systems represented. I am the cofounder of the Black Lotus Martial Arts Association and the BLMA combat system. I am also the founder of ( Dante Ryu ) Kokeren Gojute Kempo. Both systems are eclectic though both have strong traditional roots. Does this mean that I am a fake or a nontraditional martial artist in spite of fifty five years in the arts? By the measure of many strictly traditional martial artists that is exactly how I would be categorized even though my rank was achieved through certified martial artists and organizations. However, this article isn’t about me. I am fortunate enough that my credibility isn’t generally questioned, at least not publicly and I am pretty much respected by my peers. I don’t make my living by teaching the arts and the martial arts aren’t my primary life focus though it is a real passion for me. Consequently being discredited by some organization or its representatives or by individual naysayers would mean less to me than to some others.

One must ask himself, how did the martial arts come about? Who trained and ranked the early founding fathers and creators of the various arts we study? Every art had it’s beginning somewhere and through someone. Who and what determined a martial art viable? The thing that made a combative art viable and gave it lasting value was combat effectiveness. The system either worked or it didn’t. Unfortunately, we have venerated these founders to such an extent that we have made them like gods and their doctrines like holy scripture. Any straying from the strict tenants or methodology of the founder is looked upon as apostasy. These arts can’t be modernized to address the needs of the twenty first century. Therefore there are arts within an art. Several systems exist under the banner of the same martial art. One would be the kyohan, or traditional basic techniques and kata. Another would be self defense. Another would be kumite or sports sparring. All of these are different though they are considered the same art. Personally, I’m not interested in sports competition, but I feel that if this is encouraged it should teach realistic techniques. The traditional systems have left a huge gap leaving the need for the, so called, reality martial arts systems that are cropping up today. In my mind I feel that every fighting art should be realistic. Otherwise why do we call them combat arts when they do not address the needs of the present day? If the art has to be changed to be effective, I feel that that’s the way the art should be taught in the first place. Please don’t accept my opinion as doctrine. There is nothing wrong with learning or teaching a traditional art if that’s what you want. However, these arts shouldn’t give the false impression of being combat effective in their present state. The martial art should address the need of the practitioner. That doesn’t give me the right to disclaim the viability of those arts because I take a less traditional approach. By the same token that doesn’t give the traditional martial artist the right to criticize those who take a less traditional approach. 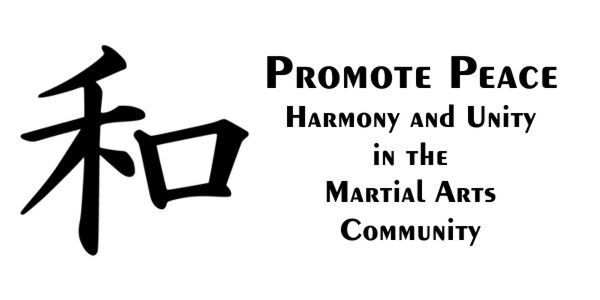 One martial artist that comes to mind is Sensei Don Schneider of the Virginia , Tidewater area. Sensei Schneider wanted to study judo but there were no schools available to him in the area. Consequently he taught himself from “The Illustrated Kodakan”, a how to martial arts manual. It is the general contention of the martial arts community that an effective martial artist can’t be trained by such methods. For the most part I agree but there are acceptations to every rule. Sensei Schneider proved one of these. He went to new England to test for rank and was rewarded his shodan by reputable judo organization. He went on to be a force in competition judo and an excellent instructor. One of my kempo and aikijitsu students trained under him and is a more than credible judoka. On another note, we’re living in the information age and the concept of training is changing. There are a lot of good material available to the aspiring martial artist. There are excellent books, dvds and internet training programs available. Students are using these as training aids and sometimes as their sole means of training. I look upon these methods as a mixed blessing and question how well the average person with no prior training can do with them but on the other hand I’ve met some fairly adept practitioners who were trained through such means. If nothing else is available or a student can’t afford to train any other way they can avail themselves of those resources. Again, success will depend on the individual student.

There is a lot of controversy as to who can form a new system, what type of back ground they should have in the arts and how much time they should have under their (black) belts. Two vary respected masters come to mind. One is the late G.M. Ed Parker. Ed Parker is the founder of American Kenpo, in my opinion one of the most innovative modern martial arts practiced today. Master Parker studied with G. M. William (Thunderbolt) Chow. He was a shodan in Master Chow’s system when he came to the continental United States yet he founded and became the tenth degree grandmaster of one of the most prevalent systems taught in the U.S. I admit that back in the day a shodan was a much different animal. It required years of study. I remember when it took from six to eight years of study to achieve a black belt. Of course that was back in the dark ages. Yeah, I’m that old.

Another master that comes to mind is the (late) Great Grandmaster and creator of Kyukushinki karate, Mas Oyama. Master Oyama was actually Korean. He is said to have studied Korean kempo prior to coming to Japan. I have no idea what Korean kempo was. There weren’t many martial arts being taught publicly in Korea at that time. Perhaps he studied takyon. When he came to Japan he studied with Master Gichin Funakoshi and perhaps several other karate masters. Dissatisfied with what he was learning he allegedly went into the wilderness to meditate (sometimes under water falls), condition his hands on trees and rocks and do combat with wild animals. During his self exile he had a revelation. From this revelation came the karate system that he created. It is doubtful that his new system was immediately embraced by the martial art community of that time. I’m sure that he was criticized and ostracized by the martial arts community and the status quo in Japan but nevertheless his is one of the most practiced system worldwide. One could also consider issen ryu karate. Though its founder had many years in the martial arts, his concepts were so different that they were not immediately embraced by his peers. I could go on with a number of other examples. I could talk about several other Japanese, Okinawan, Chinese, Korean and Hawaiian innovators and systems that were considered questionable at one time but are well respected today. So you tell me who is real and who is fake. I’m a believer that a person should have the proper time and training in the arts before he can be given advanced rank but there are a few (the chosen few) who have accomplished this quite effectively with less training than I personally would have thought acceptable. I could question these individuals and their arts or I can look at their arts and the students they turn out. Please my friends, no five year tenth dans. I’m not advocating that. I’m just saying let’s look at the art as well as the creator and decide if the art is viable.

I am friends and a member of the same organization with several martial artists who are considered controversial by the standards of the traditional martial arts community. Their backgrounds, lineage, knowledge and ability are questioned. Looking back in history it all sounds too familiar to me. I wonder how many of those who criticize these individuals have worked out with them or even talked to them. I have done both and with my years of experience to draw on I feel that they can stand toe to toe with any of the martial artists of the day. I have known these individuals for quite a few years and since I’m not mentioning names I’m not going to speak of their lineage though we share some of the same lineage and at least one I contributed (to a small extent) in his training.

One more thing I would like to add before I end this essay. Jesus said “judge not that you be not judged”. Likewise he spoke of those who can swallow a camel and choke on a flea. My brothers, when you point a finger at a person three more are pointing back at you. Instead of infighting and criticizing one another let’s see how we can work together to advance and improve the arts. Does it matter more who we trained with or how we came by our knowledge as it does the level of our knowledge? Each of us has a right to seek his own way, whatever that may be. If there are those who train with us, swear by their training and find it effective in meeting their needs it is accomplishing what a martial art is designed to do. I would advise if you don’t have something good to say Well, you get my drift.

Lastly, since I am a minister and pastor let me leave a word of wisdom from the Apostle Paul. Follow peace with all men and holiness without which no man shall see the Lord. Peace to you, my beloved brethren and God bless you all. Train hard and go with God.

Building on the Basics

Donald Miskel - August 3, 2011
We use cookies to ensure that we give you the best experience on our website. If you continue to use this site we will assume that you are happy with it.OkRead more