If a system is a practical martial art, it must be lean, simple and incorporate natural movement. Complex techniques are nice for demonstration but they seldom work on the streets.

Okay. I know that that isn’t a word. Aside from offending the grammatical purists I run the risk of having the traditional martial artists and the classical stylists putting a contract out on me. I can see it now; masked ninjas stealing in through an unlocked window. 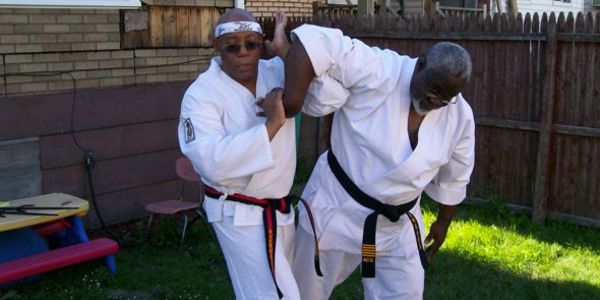 Every traditionalist likes to think that his art is complete in its present or should I say its past form. Keep in mind that most of these arts are many decades, if not centuries, old and that the situations that they were designed to address no longer exist. If such an art is to remain relevant in the martial area it will require some serious tweaking and to be modernized to address the reality of the day.

I don’t foresee being attacked by bandits on horseback so I don’t put great emphasis on flying kicks. By the same token I’ve been attacked by very few samurai in the last several years so, while I teach sword defense, I don’t confuse it with modern day self defense. Of course there’s the threat of those pesky ninjas, but then that’s another story.

I teach a more traditional style to my beginners to imprint the basics into their muscle memory but when I teach combat and self defense my approach is more modern and practical for the requirements of modern combat. A fighting system is described by the nature of the challenges that it’s required to address. Otherwise it isn’t a practical martial art. 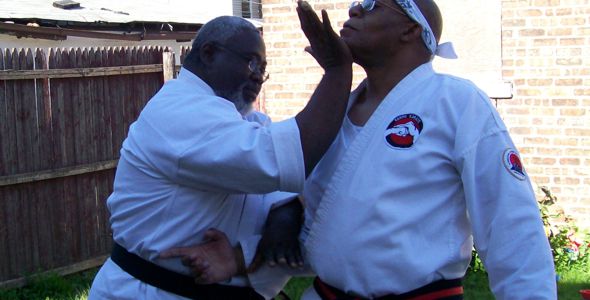 Any study in the martial arts is better than none at all. At the very least it will teach balance, coordination and some measure of athleticism. But then again, any sport will accomplish that. A fighter needs to train to fight if he is going to be affective in combat. I love kata but if I boxer prepares for a pro match with extensive kata training or with nothing but shadow boxing he is setting himself up for a serious beating. It will offend a lot of purists but I’ll say it anyway; kata doesn’t teach fighting. I’m not saying that kata doesn’t have value. For the traditional stylist they are an important part of training. I teach my students some kata but it is more to teach them transition and flow of techniques than as actual combat training. I’m practical with my training. I’ll look for the bunkai in kata within reason but I’m not going to try to twist something to make it something that it isn’t and probably was never meant to be. Seeing a leg hook, sweep and throw in a downward block (gedan barei) is a stretch. Sometimes a punch is just a punch. No tweaking required.

Most martial arts worked well for what they were designed to do in their day but even in their heyday they changed with the demands of the time. The practitioners of those days had to remain cutting edge or they ended up falling victim to the cutting edge (pun intended). Being impractical for the sake of tradition never occurred to them. They were always looking for ways to expand and improve their systems. That’s why they were so jealous and secretive about their training. Techniques were often borrowed or stolen from other systems. 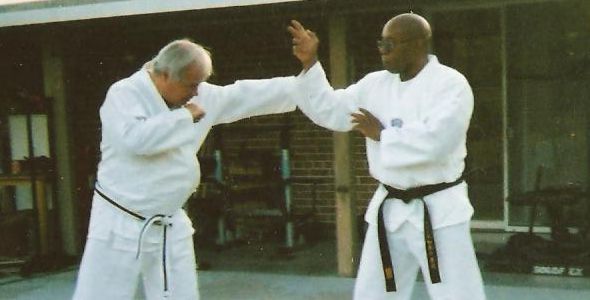 Very few martial arts are complete and applicable for every occasion. Stand up fighting is good against pugilists but it requires some adjustments if it is to deal with a grappler. I think the Gracies proved that. Adding to an old system to make it practical for modern times isn’t disrespectful to the creator of the style. Actually it honors him by keeping his art relevant. Martial arts aren’t a religion. If they are to remain relevant and not be relegated into some ancient curiosity they have to be kept practical and realistic.

How does one expand his art? First evaluate the kind of attacks and personal security situations that are common in the modern day. Your art should help to prepare the practitioner to address such situations. Secondly it would be wise to identify the weaknesses of your art. Does it work against a ground fighter? Does it enable you to deal with an armed attacker? Does it teach more than just fighting techniques? Third, does your art address the mental aspects of a fight? Half of the effectiveness of an art is in personal awareness and good decision making. Does your system teach you to deal with the several levels of aggression? Does it teach the psychology of aggression? Forth does it condition the practitioner? Does it engrain the necessary muscle memory and reaction sequences into the student? Does it condition the practitioner to do what’s necessary to deal with the situation? Does it incorporate only practical techniques? These aren’t the only considerations in accomplishing your objective but they should give you a few things to think about. 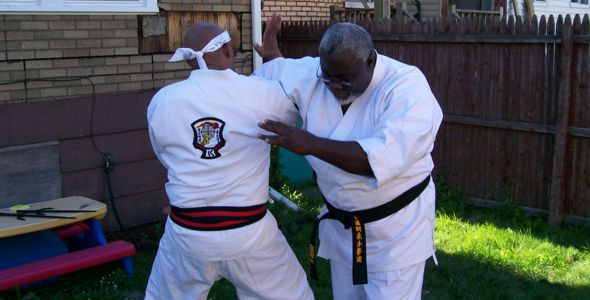 Lastly I would like to say that expanding and modernizing your system shouldn’t mean just adding more techniques. Adding techniques doesn’t always translate as a more effective art. A system can be too top heavy. Too many techniques in a system can cut down on reaction time. If a system has a large number of techniques the personal system of each student should be built around his needs, limitations and personal capabilities. Basics are the same for all students but an individual approach should be encouraged for each student. No-one can perfect everything or learn every technique. What works for him? What works for one won’t necessarily work for another.

So, with all of that being said, if a system is a practical martial art, it must be lean, simple and incorporate natural movement. Complex techniques are nice for demonstration but they seldom work on the streets. Be practical in your approach and realistic in your expectations and you might just make your system into a lean mean fighting style. I’m a true believer that nothing speaks for success like success. It’s hard to argue against what actually works. Your system may no longer be traditional and it may not be pretty but if it’s practical it will justify itself. Your classical contemporaries may no longer speak to you and you may be thrown out of your traditional organization but you’ll be efficient when and where it matters. Not on the tournament floor but on the streets and battle field. When it’s all said and done that’s what justifies a fighting system. That’s what they were created for.

God bless you, my brothers. Train hard and go with God.