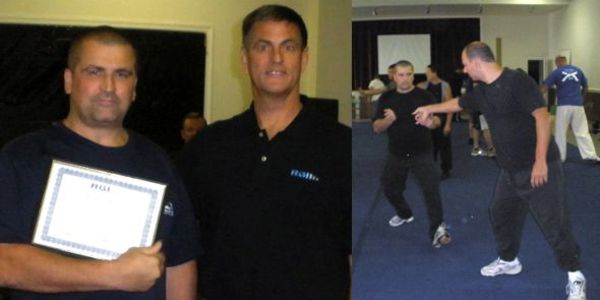 I attended the very first Resolution Group International conflict resolution course back in September 2010. Being the first group to be trained in the then new course, we are the “plank owners”, an unofficial naval term referring to crew members of a newly commissioned ship. As such, I found it took me some time to process the powerful training, and to understand what it can do for a martial artist. I have come to see that Resolution Group International and Judo have much in common. RGI training makes available to the student many of the same principles and ideas that were espoused by the founder of Judo, Jigoro Kano.

Judo is a sport created by Kano through his intense study in several schools of jiujitsu. Kano developed a system of physical and moral training that emphasized the importance of efficiency and balance. Judo is composed of the principles Kano extracted from other arts and his own innovations that include streamlined movement, insightful techniques, intelligent tactics and life affirming morality. Regardless of the martial art, combat sport, or self-defense system you study, understanding, applying and integrating the principles and techniques of Judo can accelerate your advancement. Unfortunately, you probably won’t have the time to study the art and sport of Judo in addition to your present martial studies. If you want to gain the mental, moral and physical benefits quickly, you’ll need a distilled and compressed form. To this end, I believe the RGI training to be an outstanding way to learn many ideas and techniques contained within the excellent teachings of Kano, in a form more easily absorbed and quickly applied by a practitioner.

The RGI course is built upon physical training, instruction in verbal self-defense, morality and the law, and ethics, with ethics being defined as morals in action. In Kano’s book “Mind Over Muscle”, he states that he divided Judo into three parts: a fighting method, a training method, and a mental training method encompassing intellect and morals. Beginning here, we can clearly see the similarity in approach between the RGI method and that of Judo. While RGI isn’t presented as being derived from Judo, nor do I believe it is, I’ve observed something far more interesting; RGI teaches a clear and concise program that is the result of a knowledge pool collected from military, law enforcement and martial arts warriors.

Every member of the RGI team has decades of experience in the field. It’s not surprising that RGI and Judo should arise as kindred in spirit and approach, as they both aim towards the improvement of the whole person. Both were developed through study and practice over many years. Let’s look at some specifics. 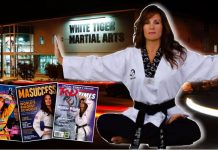 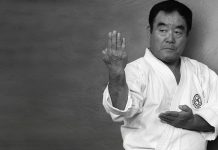 How The Masters Obtained Their Ranks

Women in the Martial Arts