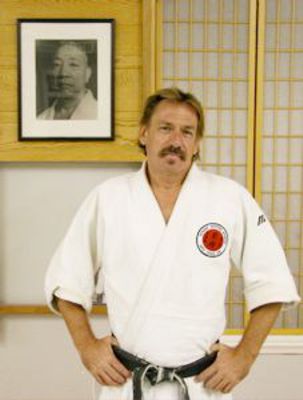 Richard Bunch is a 9th Dan, Kudan and is President of Ju Jitsu America. Professor Bunch has a reputation as a skillful martial artist and scholar and he is highly sought after as an instructor nationally and internationally.

Professor Bunch is recognized worldwide. He has been inducted into numerous halls of fame including the Black Belt Hall of Fame. As an instructor he has produced many National champions.

Over the years, Professor Bunch has been fortunate to study with numerous masters of various martial arts and highly respected elder practitioners of Kodenkan Danzan Ryu Jujitsu who studied directly under Professor Okazaki. This has provided him with a broad perspective of various personal interpretations of this style.

He has studied many other martial arts including Japanese sword, weaponry and armor. Professor Bunch’s reputation as both a skillful martial artist and a scholar makes him a highly sought after instructor nationally and internationally. He actively teaches Jujitsu seminars throughout North America, South America, Europe and Asia. He received the 1989 Instructor of the Year award from Jujitsu America.

Currently he is the Head sensei at the Nikko Ju Jitsu School based in San Jose, California.

To contact Richard Bunch and Nikko Jujitsu School visit their listing on the Martial Arts Schools and Businesses Directory by clicking on the image on the left.

Changed By Fire, Challenged By Life

Nicholas Moreno - November 1, 2016
We use cookies to ensure that we give you the best experience on our website. If you continue to use this site we will assume that you are happy with it.OkRead more