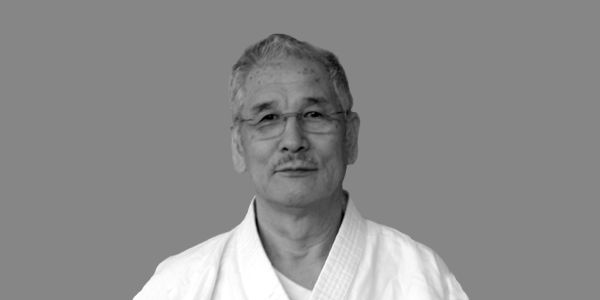 Shojiro Sugiyama was born on November 16, 1929. He was a Japanese karate instructor. In 1954, after training in two other styles of karate, he began studying with the Japan Karate Association of Tokyo (Yotsuya). In 1963 he was invited to come to Chicago in the United States to teach karate.

Through the late 1960’s and 70’s, Sugiyama Sensei is credited with building and promoting Shotokan karate throughout the entire midwest region of the United States. Many of his original students have opened their own dojos throughout Illinois, Iowa, Indiana, Michigan and Wisconsin.

Shojiro Sugiyama was the Founder of JKA in Chicago and he played an instrumental role in the establishment of Fudokan. He remained as the Chief Technical Advisor for the World Fudokan Federation (WWF).

In later years, Sugiyama increased his focus to the use and development of ki (Chinese, Qi), in order to improve karate training and create a radar system for martial artists.

Sadly, Shojiro Sugiyama passed away on June 25, 2015 leaving behind thousands of disciples and fans.