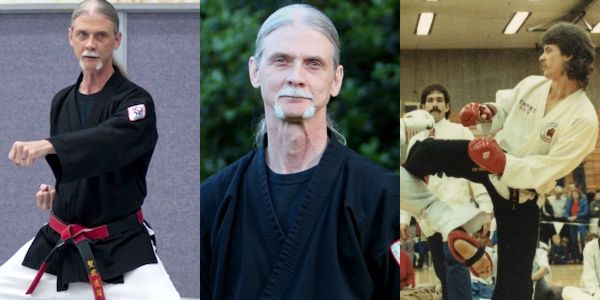 I don’t have a wild to mild testimony with some sordid past and deliverance. But God saved me, and that’s worth telling, says Ron Hagelganz’s testimony.

I don’t have a real “wild to mild” type testimony with some dark sordid past and amazing deliverance. But nevertheless God saved me, and that’s always worth telling about. So here’s a brief account of a time when God heard my prayers and answered in a big way.

My parents divorced when I was about 10 years old. Unlike today, I only knew of one other kid in my entire school whose parents were divorced so it was a pretty unusual thing. Even more unusual was that my brother and I stayed with my dad, who was a singer and musician in nightclubs. During the next year my mom was remarried, and my dad was killed in a small pane crash, so we went to live with my mom and her husband.

My grandparents (my dad’s folks) always came to pick us up every Saturday night to spend the night with them and go to Sunday School the next morning. Even though I know my brother and I were a real pain sometimes, they were always faithful and got us to church every week. As a result, one day I asked Jesus to be my Savior. There were no lightning bolts, no big signs in the sky, just a little boy on his bunk bed opening his heart to the Lord.

But as I grew up and stopped going to church with my grandparents, I went more and more my own way. I never did drugs or committed crimes or that kind of thing, but while I knew God and wanted to do right, I also wanted to fit in, have “fun” and be a part of what all my friends were doing. I also wanted to follow in my dad’s footsteps and be a musician.

I started playing drums in 7th grade and then doing casual gigs here and there. Finally I began playing full time in nightclubs — just like dad. Truthfully, I really loved it. There was not a single time I can remember that I didn’t want to get on stage and play.

By this time I was married to my lovely wife Lisa, who supported me completely. I was also doing martial arts at least 3 times a week. It was great because those three nights I would go to class and train, then go right to the club to play, get home at 1 or 2 in the morning, and have the next day free to train some more. We were also very active in our church and becoming very serious about our faith.

One night my father-in-law came with some friends to the club where I was playing to have dinner in the restaurant downstairs. He stood and watched as we started our second set, and the band leader called a tune that was not a real positive choice. When I looked up part way into the song, my father-in-law was gone, and I was pretty embarrassed. The rest of that night the Lord really spoke to me, and challenged me with the idea that if I was embarrassed to have a relative hear my band, maybe it wasn’t what I should be doing

I talked to my wife, friends from church, and the worship pastor, and asked everyone to pray that I would know the right choice. After all, this was my livelihood. Quitting meant no job and no income! We had two places to play coming up that next weekend; one a very fancy, nice place, probably the best gig in town at the time, and the other a real dump. So we all were praying that by the time I was through with those I would know.

On the Thursday before the gigs I was working out during the day with my Instructor, who happened to be training for an upcoming pro fight he had with the #4 ranked contender in the WKA. He was ranked #7, and since I had my days free I would go to the dojo and spar and help him any way I could. At this sparring session he threw a fake front leg side kick, and when he pulled it, I moved in with the back fist, at which time he launched the real one, which pushed my floating rib into my kidney and put me in the hospital!

For a while they thought I would lose my kidney, so it was a big deal. While I was in the hospital it hit me: God had given me His answer! Not only did He not want me to play in clubs anymore, He didn’t even want me to play the two gigs that weekend, so He arranged a little “down time” so I could get the picture. Now that’s not to suggest that if you pray God’s going to put you in the hospital! But it is to suggest that no matter what you’re facing, God is listening and will hear your prayers, AND answer. Sometimes in a very dramatic way like He did with me, and sometimes in a very quiet way that you’ll hardly even notice. But the truth is, God always answers in one way or another. So put Him first in your life. Read the owners manual He’s given us in the Bible. Trust Him completely no matter what. Pray about everything and you too can experience that “peace that passes all understanding”.

USAdojo - February 9, 2007
We use cookies to ensure that we give you the best experience on our website. If you continue to use this site we will assume that you are happy with it.OkRead more