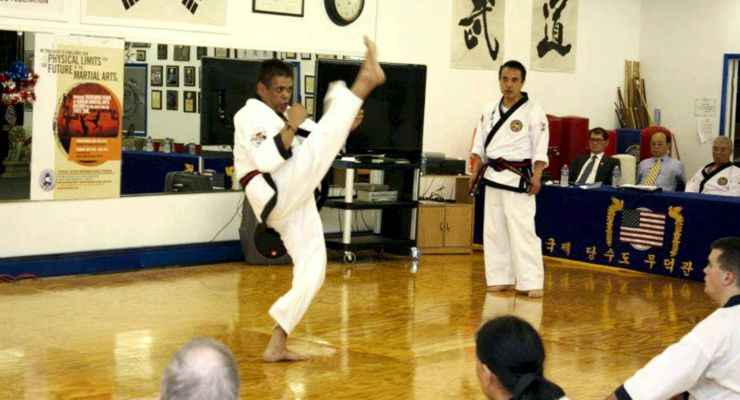 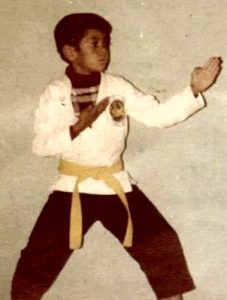 Sergio Corral initial training in the martial arts began when he was 3 years old under his father, an experts in in the art Bujutsu-Kan. Sergio had been training for 5 years when his father died and it was up to him to continue his father’s legacy. Supported by his mother, Sergio continued his training in Shoto Kan Karate Do, as well as in other martial disciplines, including Tai Mantis Kung Fu, Wu Shu, and Full Contact Karate.

In 1997 Sergio obtains his 3rd through the Mexican Association of Tang Soo Do, and this rank is later confirmed by Pan-Am Tang Soo Do Federation by Grandmaster Chong Su Kim (Reg. # 031990).

In 2009, Sergio Corral brings Grand Master Chong Su Kim, Founding President of Pan-Am Tang Soo Do Federation to Mexico for the first time and Sergio is endorsed as a National representative of the Federation.

In 2010 Master Sergio Corral was recognized as 6th Dan, and organized the first National Tang Soo Do Tournament, open to all styles, in the city of Chihuahua, in the Mexican state of Chihuahua, Mexico.

In November 2012 Master Sergio Corral traveled to Korea representing Mexico for the 1st World Tang Soo Do Seoul Forum in Seoul Korea along with other top Tang Soo Do practitioners from around the world and he tested along side those Masters for his 7th Dan.

Attended these Clinical Seminars for Masters: