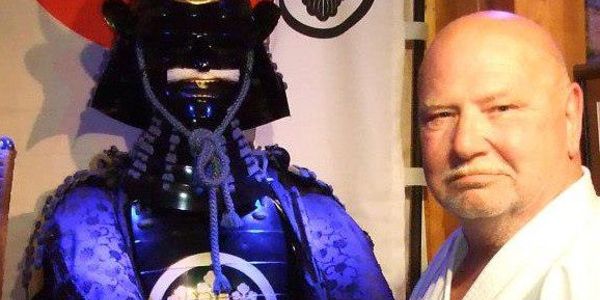 As with many, I have watched the proliferation of Smokies …. I mean Soke, and my thoughts drift back to my first encounter with a Soke. It was many years ago but still crystal clear in my mind, as is right and proper, as ones first Soke viewing should be an experience not easily forgotten.

So on the appointed Saturday, we arrived at the sports centre to be met by very professionally made banners, declaring the association name and all manner of wonderful international things. My eyes had no sooner got to take all this in when a voice said “ are you booked in?” there standing in front of me where two very smart chaps in blazers, and association tie. Today a corporate image would spring to mind, but in those early days it was new and a little bit intimidating, well….maybe not. I said to the very polite voice that “no, I had no booking and no, I had no appointment with any of the masters and yes, I understood that it would be quite impossible for me to enter the seminar.” So thanking them for the literature of where to write and who to phone, we where out of the swing doors and out into a great car park, which was full of very upmarket cars I might add.There was an international martial arts week which was being held in a recently opened, very large sports center. In those days purposely build sports centers where few and far between. Therefore, with a friend, I decided to call in on the forthcoming Saturday, as the event was very well advertised.

On the way to my beat up banger, our ears picked up! I suppose you could say we heard martial shouts, coming from an open fire door. So as with the cat and curiosity off we went to stick our noses in. Now, I know it was a bit naughty, especially after telling that nice corporate chap in the front that in effect “I would be on my way.” But wow the place was packed and I mean packed as in sardines. We stood there and watched but something was amiss. There was a lot of noise but not much activity other than the vocal cords. In the words of my friend, and please forgive me, “ it was like Blackpool” on second thoughts don’t forgive me.

Whilst goggling at all this, a familiar voice came out of the crowd, with greetings and salutations and asking if we had been there long. Much to my embarrassment, we were given no option but to go in and greet the Master!

Well. as I have mentioned the place was packed but a wonder unfolded in front of my eyes. The dense crowd parted like the red sea for a fellow wearing a red dogi jacket and a red obi with more badges than a suitcase that had traveled around the world. I was just transfixed by all those badges. One in particular caught my eye, it was in strong upper case lettering “Smoke. “ So the first words out of my mouth were “what the devil is a smoke?”

The face went a little like the colour of his dogi! “No” I was told “SOKE,” then I realized that there was a small fold in the dogi. By this time the wonder of the red sea parting had been repeated as we were led upstairs to the buffet and what a magnificent one it was. It must have been evident that I was still bemused because I was further told that the title had been confirmed and awarded by the Council of Soke’s Wow I thought so there must be a Sokeness if there is a Council of Soke’s. Therefore, at the end of that day what had I learnt. Well it was obvious that a Soke had the power to part the red sea as it where, very useful in congested areas and at sale times. Moreover, the obvious benefits of money making and why not, if you are a genuine Soke certified egoby the Council of Soke’s no less.

But that was then and this is now. Today we have no shortage of Soke! I suppose it is like everything else, supply and demand. Now I can just imagine the outrage of a Soke or two upon reading this slightly disrespectful tale. But I mean no offence. Its not you, your Sokeness, it’s the other one I met. Isn’t it?

The irony is in my life I have met and trained with some of the truly great masters, both Japanese and Western. And to a man these guys were humble and would have laughed at being called Soke. But please remember to attain Soke status you must first start by ridding yourself of ego!