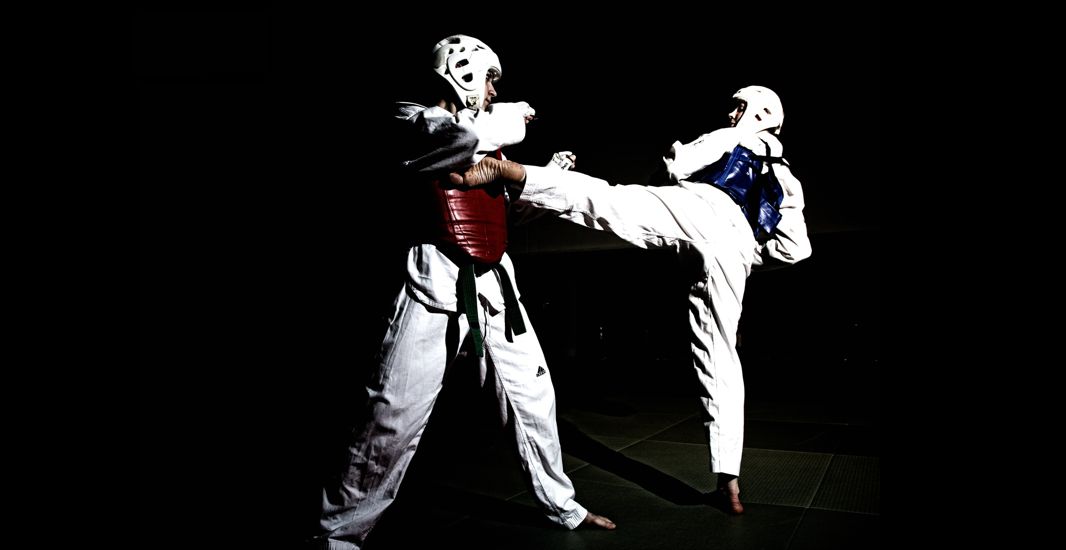 The term ‘sparring’ conjures up many different images for different martial artists. These however are generally limited to one view per practitioner. Within the Progressive Protection Systems as taught by Master Geoff Bennett many variations of sparring are utilized each with defined parameters.

Master Bennett explains, ‘we utilise parameter to express ourselves in different ways. Each sparring variation invites the partitioner to highlight particular attributes. Exposure to all these methods predisposes our students to a higher level of preparedness to wider range of environments and situations than would otherwise be the case’.

Some of the parameters varied during sparring sessions include, speed of movement, level of contact, dimensions of the combat environment and the availability of tools for combat. Some of these methods and the attributes they highlight will be explained in this article.

Availability of Tools
Master Bennett feels this is one of the most beneficial parameters in sparring to vary and a method often endorsed by other famous martial artists including Bruce Lee and Joe Lewis, the American Karate Legend. Some of the permutations that can be devised include:

Hand against Hand obviously refines the use of the upper body as attack and defence tools. With hand against hand sparring far from being simply a boxing match, tools that are often used include palms, elbows, forearms, shoulders, head and of course fists. This is a natural extension of Chi Sao and hub bud and other sensitivity drills with high speed reflex responses being required (Pic 1,2). This would be an excellent parameter for those coming from a kick dominated background such as the Korean Arts and Northern Shaolin.

Feet against Feet highlight the use of the leg as both an attacking and defensive tools. Emphasis is placed on multi-functioning, hip exchange and coiling functions to ensure leg techniques are both smooth and economical (pic3,4). Feet are not normally fully retracted but simply hip and feet adjustments made to ensure economy and fluidity of motion This is a natural progression from the Chi Gerk sensitivity exercises. This is an excellent parameter for those with limited kicking experience such as grappler and boxers.

Hand against Feet highlights the attributes of range/distance perception and bridging (Pic5). This type of sparring also forces the practitioner to function leg attacks from a close environment when the situation necessitates, a situation that would not normally be encountered. It also highlights the need to develop multi functioning with leg techniques to combat the disparity of the opponent being able to function with two hands at once.

Striker against grappler here the grappler practices his shoot utilizing his strikes to set up and off balance his opponent(Pic 6, 7, 8, 9). The striker aims for to hone is accuracy and timing against an opponent who he knows will be closing in for the shoot ultimately. Once committed to the shoot, it is hard for the grappler to change direction. The striker should use the exercise to improve lateral footwork and striking whilst moving (pic 10,11). Unlike MMA events sprawling is a tactic used only as a last resort. In MMA events the striker sprawls to negate the takedown of a grappler and waits for the end of the round. In real combat where there are no rounds. The striker negates his main attacking tools, which are occupied by sprawling.

Use of Edged and impact weapons Sparring with edged and impact weapons may occur with identical weapons eg stick against stick/ knife against knife(Pic12), like weapons with size disparity eg Pole against Stick(Pic13)/ Sword against knife weapons of different nature e.g. knife against stick (Pic14)and empty hand against weapons (Pic15). Each of the weapons depending on the circumstance develops different attributes and highlight different combat strategies. When faced against a knife for instance extreme reflexes and light footwork are brought to the fore. However a person with a knife fights a person with or without a weapon in a completely different fashion. Impact weapons by their nature have effectiveness in a very narrow power-hitting zone (Pic16) (although in close quarters the butt may be employed very effectively (Pic17). So a person facing an impact weapon’s strategy is navigate their way through this zone of effectiveness thus nullifying that weapon’s effectiveness (Pic15).

Further permutation can also arise through limitation of the actual number of tools not just the actual tool. For example in hand sparring two hands may oppose one, one leg against two, one leg against two hands etc. This will refine the efficiency of the weapon limited to one, such that defence and attack merge seamlessly, to compensate for the disparity. Not only can you limit combat tools but also senses such as sight through use of blindfolds(Pic18) to highlight other desired attributes.

Combat Environment Dimensions
May times you will see martial arts sparring degenerate into what looks more like a game of tag or a fencing match. Close combat weapons such as head butts, knees and elbows, whilst taught in training or part of kihon or basics, are never used. In an effort to get his students using these types of tools and to stand their ground, Master Bennett often restricts the dimensions of the sparring environment, sometimes even to 1m x 1m(Pic19).

Due to proximity of combat, efficiency is of paramount missed opportunities to hit are quickly taken advantage of. Simultaneous attack and defence is a must. Even half beat lapses may be punished. Here linear movement is severely restricted and lateral movement zoning to the side is highlighted and promoted in this mode of sparring (Pic19, 20, 21).

Stand up grappling (Pic22) and sensitivity are greatly enhanced and utilised in this mode of sparring. Redirection of force is used to turn an opponent and break the balance making key target more vulnerable.

Clothing
Martial Arts garment vary regularly with the gi being favoured by traditional Japanese and Korean martial art practitioners. PPS like many other Chinese practitioners prefer long training pants and t-shirts. A gi sometimes used in ground grappling to practice techniques and also to slow the ground game to facilitate a better learning experience, particularly for beginners. Training in a gi is claimed to be unrealistic. This is however dependant on the apparel commonly worn and may be dependant on seasonality. For example jacket chokes learnt with a gi would have little application in Darwin where it is hot more times of the year, however in Melbourne where there are bitterly cold period and people where heavy jackets these type of techniques would be quite applicable (Pic23, 24, 25, 26).

Pant that may hinder one’s kicking ability is also taken into account in sparring with practice also done in mufti. In these instance particular importance is placed on low line attacks with the legs (pic 27).

Degree of Force
In Master Bennett’s classes the students use varying degrees of force to highlight particular attribute. Light and slow sparring develops technical competence, setting up an opponent, sensitivity, and flowing from one function to the next. Students must be careful however that they are still effective the most efficient ways to hit the primary target. Quite often this type of sparring without the supervision of a competent instructor can lead many particularly Chinese martial arts practitioner to “chase the hands”. Quite often developing into a game of intricate trapping sequences that are all but useless in real combat.

Quick/ hard sparring with protective equipment reintroduces the skill already developed at in slow sparring in a more realistic environment. Exchanges are normally shorter with the emphasis on quick finishes. Here the student learns to function under stress. Under fighting stress the clean clinical techniques are no longer as prevalent as fine motor skills give way to grosser motor functioning. Reflex functions burnt into the muscle memory through repetition and constant drilling is tested. Students get hit and must respond accordingly. This exposes students to a further skill, that of response, reaction and recovery after being hit. Here full contact equipment such as large boxing gloves or helmet (Pic28), groin cup, mouthguard together with close supervision should be used.

Conclusion
Sparring within different parameters can give the student greater insight to the nature of combat than simply through one-dimensional sparring. In imposing variables in the tools, dimensions, apparel etc. the student must learn to overcome obstacles they would otherwise not experience. The isolation of tools and the highlighting of particular attributes will ensure that when these limitations are removed the cohesiveness and synergies developed from the sum use of all tools will be so much greater. Through this type of training the student can simulate many different situations and environments that may permeate in reality. Attribute that may lie dormant are brought to the fore, attributes that may mean success or failure in a combat situation.

About the Authors:
Geoff Bennett is World Chief Instructor of Geoff Bennett Martial Arts International, which teaches Progressive Protection Systems. Master Bennett has been studying and teaching martial arts for over 30 years and was one of two closed door disciples of Grandmaster Ho Soon Cheng of Malaysia who elected Geoff the World Head Instructor. Geoff continues to teach and develop the system together with dedicated instructors in throughout Sydney as well as Malaysia and Greece .

USAdojo - January 31, 2015
We use cookies to ensure that we give you the best experience on our website. If you continue to use this site we will assume that you are happy with it.OkRead more