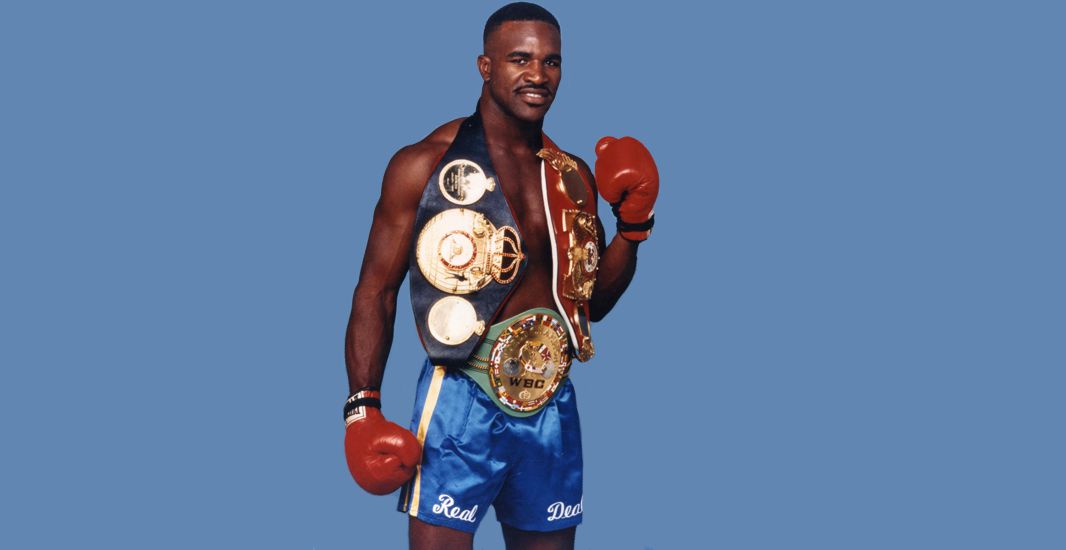 In 1996 Evander Holyfield; the 34-year-old, undersized, overachieving, polite, humble, and religious former Heavyweight Champion of the World; symbolized all that is honorable and admirable in professional sports. At the other end of the spectrum was the reigning champion, “Iron Mike” Tyson, the vicious selfproclaimed “baddest man on the planet,” who had emerged from a prison sentence for rape to recapture the heavyweight crown. Virtually every boxing expert in the world had declared Holyfield a “shot” fighter whose career was over. When the surprise announcement was made that Holyfield would fight Tyson in November 1996, there was universal agreement that Holyfield had no chance to win, and the odds were set at 24-1 against him. But on November 9, 1996, Holyfield emerged from his locker room with a euphoric smile on his face and walked to the ring to the sounds of the gospel hymn “The Spirit of David,” a song inspired by the story of David and Goliath. An hour later, Holyfield shocked the world by knocking out Tyson, and, for one shining moment, good had triumphed over evil. Holyfield’s victory over Tyson and his subsequent triumph over Tyson in a rematch in which Tyson savagely bit off a piece of Holyfield’s ear in one of the most infamous events in sports history, marked an incredible comeback for a man whose career had been written off, but this was only one of many comebacks in his life and by no means the last. Holyfield is one of the most famous, popular, and financially successful athletes ever. He is the only man to have won the Heavyweight Championship of the World four times, and he has won more than $200 million in the ring, more than any other boxer and almost any other athlete in history. Now at age 42, having lost his last three fights, Holyfield refuses to retire until he has recaptured all three of the major heavyweight championships one more time, no matter how long it takes. For 13 years, Jim Thomas was at Holyfield’s side on a daily basis as his attorney, adviser, close friend, and confidant. The Holyfield Way is an eyewitness account, along with Holyfield’s own personal reflections, of one of the most successful, relentless, and sometimes controversial athletes of his era. Experience life behind the scenes of boxing as a firsthand observer inside the Holyfield camp and watch the story of Holyfield’s perseverance unfold as the “Humble Warrior” fights on.

About the Author
Jim Thomas put himself through law school at William & Mary by teaching karate, working as a bouncer and a dorm manager, and earning academic scholarships. He was elected editor-inchief of the William & Mary Law Review and was named the Outstanding Law Graduate of the Class of 1976. Thomas served Evander’s attorney, boxing management adviser, and close friend. Thomas has now resumed his commercial litigation practice.