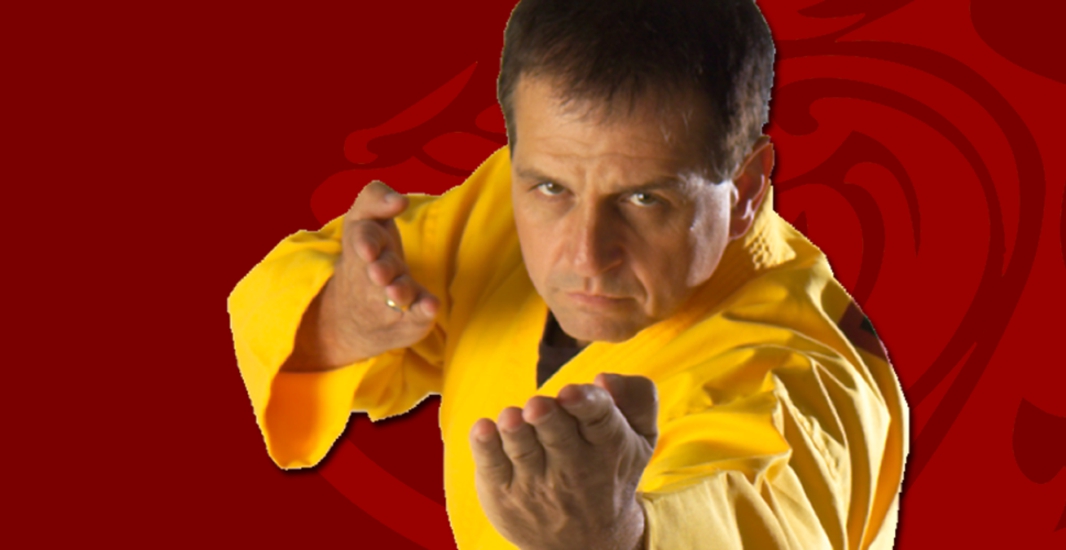 Steve Demasco had a simple beginning, learning the martial arts in Boston and New York’s Chinatowns, and has since received the honor of Certified Grand Master of the Shaolin Temple. Steve DeMasco has brought the discipline, respect and training of the martial arts into mainstream education.

Steve Demasco has bought his martial arts message to tens of thousands, in over 100 educational institutions, from the East to the deep South. He is one of the most recognized martial artists in the world and one of our Nation’s educational heroes. His enthusiasm and sincerity affects all that see and hear him.

The holder of a 10th degree Black Belt in Shaolin Kempo, the President of United Studios of Self-Defense, East Coast and founder of the Kids for Life Foundation, Master Steve DeMasco has profound experience, knowledge and enlightenment in the martial arts. Through training, application and teaching, he has transformed his live and the lives of thousands. The list of accomplishments grows every time another person steps into a USSD studio or a child learns self value and confidence in an inner city program developed by Master Demasco. Here are just a few of the numerous honors he has received in recent years.