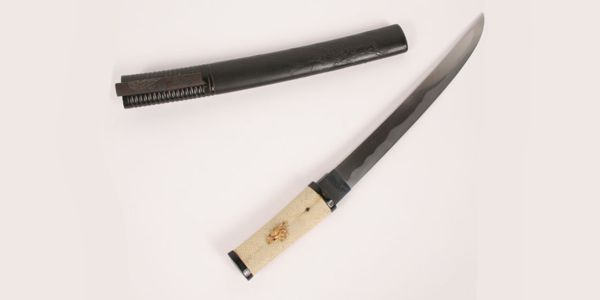 In the world of knife fighting there is an unspoken rule. Go in, cut and get out unscathed. It is that simple, but we often run into knife techniques that show excessive movements, grandiose flourishes and pomp. This does not imply that these techniques are weak; it merely suggests that many employ techniques that are more or less theatrical and impractical.

Knife fighting is callous and uncaring. Unfortunately there are dangerous individuals on the street who would not give a second thought to kill you with a knife. Their mission is to attack you, receive payment (money, sex, valuables) and get out of there as quickly as possible. In this type of scenario these knife-wielding individuals are not going to impress you with any fancy techniques. Just a quick jab to the mid section or a slash to the head or neck will get the job done. It’s over that fast!

Throughout the martial arts community it is well known and documented that the best block is no block at all. Get out of harms way by using deflection and evasion. Remember, when the scenario is; flesh against a sharp object the sharp object will always prevail resulting in injury or death. This is called the “law of the blade”. For thousands of years mankind has adhered to that law resulting in the development of countless knife fighting methods.

Time-honored techniques have always remained the same but modern or esoteric techniques now offer vast amounts of verbiage and methods in their instructions for defense against an attacker. Talk, talk, talk and no action! It is puzzling how ancient man survived all these centuries without this verbiage and “new” methods. Many self defense instructors spew out commands creating a scenario like this “if you were in this position and the knife was in that position what would you do?” He might instruct you to grab the hand wielding the knife and tug, twist or pull.

This type of training is very popular and works extremely well in a martial arts environment. But in the real world out on the street one would definitely be put into a very compromising situation in a matter of seconds. The professional criminal/attacker would go in for the kill as the defender would apply a subtle semi-circular technique under the knife wielding hand to disarm the attacker resulting in hundreds of stitches.

The student listened well, read the materials over and over and practiced the technique several times with confidence within the confines of the school. The instructor explained well and even executed the technique several times on the student. Although, confidence is good it does breed invincibility. The seasoned street fighter unfortunately just sees another victim of their own confidence and easily disrupts their knife fighting system by attacking at full speed and power. While the attacker cuts and runs the defendant is wondering what happened and is still thinking of which stance they should have been in.

So, how does one know when to block, attack or run? This is a very challenging question. The answer is no one really knows because the attacker does not impart his intentions to you prior to the confrontation.

Therefore, one should assume that if an assailant crosses your path and is demanding compensation for the encounter any close quarter technique would possibly result in slashed body parts. Therefore, it is recognized that the best technique is run. Run! That is all well and good. But, we are martial artists and have trained not to run but rather to stand and fight defending our rights as citizens. Yeah, say that to the ER doctor who just put 55 stitches in your wound while saying, “you are lucky to be alive”!

Is it time to rethink your knife skills and training? No, but it is time to change the level of intensity, energy and speed you have used in the past to parry a knife. You should polish your techniques to full speed scenarios as if you had to defend against an angry and possibly deranged attacker or attackers. Many seasoned martial artists who have been injured in knife attacks concur that they did not see the knife that cut them. It was too fast and they had no time to counter the attack. When they did counter the attack using smooth flowing blocks they discovered they could not compete with a hard jab to the body or slash to the throat. As Master Fumio Demura a world-renowned Okinawan hard style practitioner would say, “Strong steadfast techniques work well against strong attacks”.

Therefore, consider polishing your techniques by adding three very important variables speed, linear movement and visuals. Correct speed is imperative as an addition to your arsenal. It allows you to make the first move or counter attack catching the attacker off guard. Consider the 20/40 method. That is, get in at 20 miles per hour, make the cut and then get out at 40 miles per hour to avoid a counter attack. It is that matter of fact! The best defense is not to get cut and speed helps eliminate that possibility.

Linear attacks, blocks and deflections also promote momentum and it is known to be more powerful and expedient to move in a straight line. Why beat around the bush when you can go directly in for the point or kill in a fraction of the time and energy. Visuals and good peripheral vision allow you to watch the assailant’s every move and be prepared for any instance. This would also eliminate any blind spots that could put you into difficulty. The better you can assess your surroundings the quicker you would be able to “nip it in the bud” and act accordingly before with situation goes to the next level.

Knife fighting and self-defense is challenging for many students since they practice with hard objects such as, metal, plastic and wood knives which can hurt on contact. Many traditionalists and martial artists who have practiced knife techniques for years can take full-on thrusts, slashes and stabs without wincing in pain due to conditioned bodies. We understand contact can cause discomfort but one can never become proficient without long hours of conditioning.

This being too Spartan of an approach many had to instruct at slow motion speeds to maintain student retention without injury lawsuits. Fortunately, that is becoming a thing of the past. Thirty-five years ago the Japanese developed a special padded full-contact knife for the National Police Department in Tokyo. This allowed law enforcement trainees to practice dangerous techniques and situations at full speed and power, creating realistic close quarter combat scenarios. Moreover, these trainees skills were honed at an incredibly faster rate without complaints of injury. Full-contact weapon technology allows me to safely instruct knife fighting the way it should be taught. it’s the real deal! says Gary Hanna, Navy Seal Ret. and Navy Cross recipient.

How to Properly Hold a Knife for Self-Defense and Military Applications...