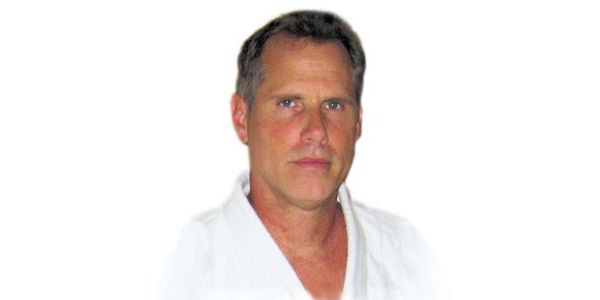 What is the Tao?

Master Okazaki wrote in his Esoteric Principles “…To perfect one’s character one must be grateful for the abundant blessings of Heaven, Earth and Nature.”

The word Nature is consistent with the “Tao” or the WAY .

The word comes from an ancient Chinese Philosophy meaning the WAY Nature unfolds.

The teachings of the WAY are written in an ancient text entitled “The Tao Te Ching.”

The Tao Te Ching references the Natural way of things both individually and collectively.

Tao, In Japanese is DO. As in Ju-do and Aiki-do.

Jujitsu’s primary goal is to balance the encounter in accordance with nature, or, the “Tao”. This concept is suggested by the notion that the term “Ju” itself means “force nothing.”

Professor Okazaki also writes of “completion of character” as the fundamental goal of Judo. “Completion” represents the union of the body-mind, the conscious mind and the spirit-mind. This union is found through diligent study of the arts of Jujitsu in accordance with the principles of the Tao. Therefore making the practice of Ju the path to spiritual-completion.

When the life force known as Qi moves freely, there is health.

How does the Tao relate to Jujitsu?

Jujitsu is like a dance…it requires two to tango. In Jujitsu when the Uke and the Tori interact they are not “doing” Jujitsu they are “becoming” Ju-do.

The action and reaction are expressed via the qualities of Yin and of Yang.

Yang is hard, Yin is soft… Yang is strong and Yin is weak… Yang is form and Yin is formless. Etc.. The qualities exist only in relation to each other, never alone.

In a confrontation, the qualities of Yin and Yang are always present and always changing.

When they flow together without conflict…for example Yang embraced by Yin, Qi flows freely and the spirit of the thing “Jujitsu” is in the Tao.

When Yang is met by Yang, there is conflict, there is disruption and the spirit of the thing is lost.

What are some of the Yin and Yang phases that can be sensed?

Breath. Inhaling is a Yin phase (accepting). Exhaling is a Yang phase (projecting).
Make sure you are breathing in concert with your phase.

Inertia. When a punch or a kick is “welling” in preparation to deliver it’s energy it is Yin. At the point where the full amount of inertia begins to transfer, it becomes Yang.
Never meet a fully energized punch with Yang. Only express your Yang when the punch or kick is still in its Yin phase.

Solid and Soluble. There is a time to hold on to your form and a time to become fluid or formless. When your opponent is expressing his energy as solid, you must imply yours as fluid. When your opponent seems formless, you solidify yours.
Example Techniques: Yubi Tori Hazushi, Falling from Ogoshi. (Wood v. Cloth)

How does practicing Ju-Do help me to experience the Tao?

The trillions of atoms that comprise our bodies vibrate. That vibration is affected by our state of mind.

When we are mindful of the qualities of the Tao we can experience the spirit of the thing…in this case physical interaction itself.

This allows Qi to move freely in and around us thus creating health and longevity.

This is the same integration sought after in Qi Gong, Tai Qi, Circle walking, Yoga Etc.

How does understanding the Tao make my Jujitsu better?

Because of this, Yin and Yang are always in transition; changing, moving, switching…a natural flow.

Good Jujitsu is always in a state of transition…in a natural flow.

Example Techniques: Students to choose any kata they would like and analyze it for Yin and Yang.

Practice the arts with attention to the Yin and Yang aspects.

Let the movements and the principles saturate your sub-conscience.

Exist in the space between In and Out. Between Hard and Soft. Between Light and Dark.

This is the Tao. This is Judo.