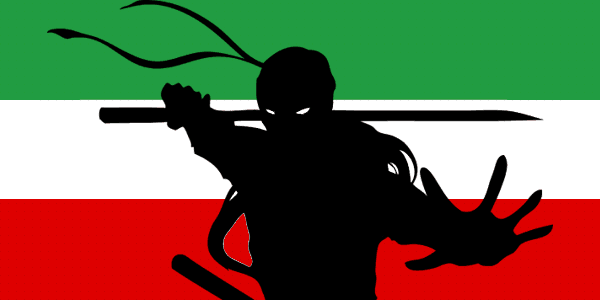 The Iranian government has been attempting to co-opt the country’s Ninja Masters and other martial artists to help out with some light repression duties, US diplomatic cables released by Wikileaks claim.

Authorities in the country have been attempting to outsource some of the grunt work involved in political repression to martial arts enthusiasts, as well as getting them to the train their own security forces, the cable claims.

It reports that the Ninja master told the Baku Iran watcher “that private martial arts clubs and their managers are under intense pressure to cooperate with Iranian intelligence and Revolutionary Guard organizations, both in training members and in working as ‘enforcers’ in repression of protests and politically motivated killings.”

At the same time, authorities are suspicious of the clubs’ potential to offer similar skills to pro-democracy supporters. A fair enough guess, possibly, particularly as the cable notes the Shah’s regime used the country’s martial arts clubs in the same way.

The cable also recounts how an acquaintance of the source has carried out assassinations of intellectuals and young pro-democracy activists for the authorities, only to be “suicide” by the authorities himself.

The Wikileaks version of the cable is careful to redact the name of the Ninja master, and apparently, his location, except insofar as he does not appear to be based in Tehran.

Which is all well and good, assuming there are enough black belts in this most esoteric of martial arts in Iran to afford the said Ninja master some plausible deniability.

Otherwise, the Ninja master will likely need to employ every trick of his craft in the very near future just to survive.