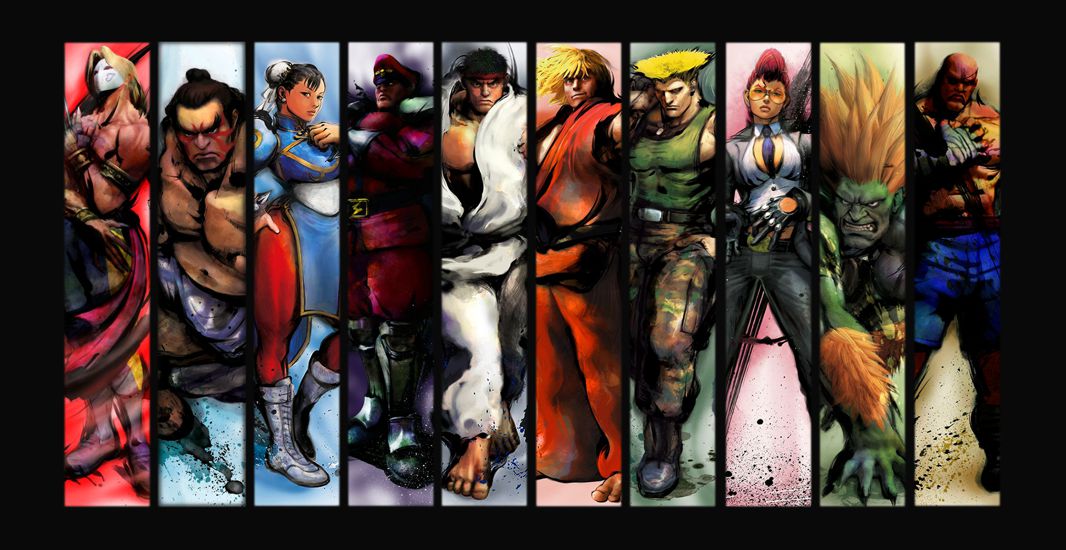 This game was the first game I fell in love with. This classic side-scrolling beat-em-up game has it all. Kicks, chops, and AWESOME kung-fu sound effects. The evil villain Mr. X has captured your girlfriend and you must fight off a bunch of dudes that attack you with… hugs. I never even beat this game but as a kid I had a ton of fun playing the first two levels then dying everytime I got to the guy that throws knives. Who throws knives, Honestly!?

Teenage Mutant Ninja Turtles 2: The Arcade Game for the NES

The turtles were my number one reason why I started taekwondo. This game was one of the reasons why I loved the turtles. This game is awesome. You can choose to be any of the turtles, and better yet it gave you the chance to take down the evil Shredder. Not only that, but April O’Neill is in the game. Hot.

Ninja Gaiden series for NES and later Xbox 360 and PS3

This series revolves around Ryu Hayabusa, the ultimate ninja. This guy flips, slashes, kicks, kills, and takes names. All without being seen or heard. Originally on the NES, this game had awesome cut-scenes, a cool upgrade system, and was insanely difficult. Needless to say I never beat this game either. In 2004 they rebooted the series on the 360 and made it a full 3-d action game. AWESOME.

Killer Instinct for the Super Nintendo and Nintendo 64

This was my favorite fighting game. It was one of the first game that used “3d” graphics in a 2-d fighting game. I still quote the game frequently when I yell out : “C-c-c-c-combo!!!!” as I pummel multiple foes with my ninja moves.

The Street Fighter series for all consoles

Chun-Li was one of my early childhood crushes. Basically all of the characters are awesome and the special moves in the game have been pioneered what we now call “Xtreme Martial Arts.” I had always wanted to do Guile’s flash kick, and now that I can it’s not as cool as I thought it would be but oh well it’s still pretty cool. Oh yeah, and this game series inspired two horrendous Hollywood movies. Awesome.

The Mortal Kombat series for all consoles

The Tekken series for Playstations 1, 2, and 3

This is my favorite fighting series. One of the first games to make the move into the 3-D, Tekken is a deep fighting game that is fun and easy to pick up and play. I will forever hate Eddy Gordo for all of his cheap (but cool) Capoeira moves, but my favorite fighting character out of all games is Hwaorang when I believe he was introduced in Tekken 3 for the PS2. He was the first full-on Korean Taekwondo fighter in a fighting game and boy could he kick his face off! I mimicked my sparring style so closely to his that I would frequently lose matches because I would try to do some ridiculous “Hwaorang”-like move. It was worth it though.

Well there you have it. There are many other great games like Soul Caliber, and Virtua Fighter, but I simply didn’t play those games much. If you’re a martial artist and like games, try these games out!

Barbie® Made To Move™ Martial Artist

USAdojo - June 21, 2014
We use cookies to ensure that we give you the best experience on our website. If you continue to use this site we will assume that you are happy with it.OkRead more