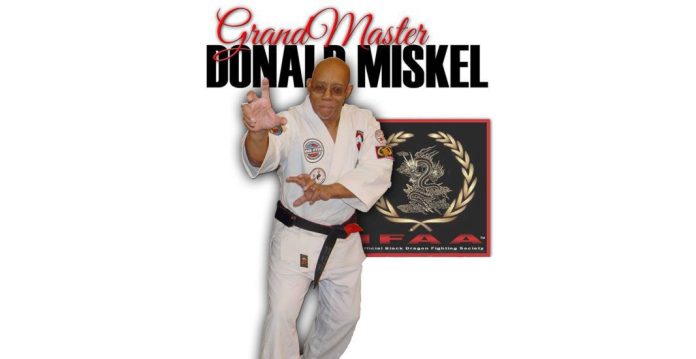 The IFAA BDFS as we know it today came through several branches culminating with the formation of The IFAA Black Dragon Society and our sister organization, The Black Dragon Fighting society International headquartered in South Africa.

Grand Master John Keehan, aka Count Dante, formed the Black Dragon Fighting Society in Chicago in the mid to late sixties. Prior to the BDFS John and his best friend (Grand Master) Douglas Dwyer formed the old World Karate Federation. Both had trained in shotokan karate, jiu jitsu, Judo and boxing before beginning their study with Grand Master Robert Trias, the ‘Father of American Karate’. Both had trained at the Jiu Jitsu Institute in Chicago Under Mas Tumura, with Sensei Robert Grazanski and at Coolin’s boxing gym prior to coming under the auspices of Grand Master Trias. Both were martial art prodigies and John was a visionary that helped build Trias’s United States Karate Association into the large and influential organization that it was to become. John and Doug eventually broke away from Master Trias and formed the (former) World Karate Federation because of the inequitable treatment of minorities. The rest is history.

The BDFS was a rough hewn organization and bred a host of tough reality based fighters and a street and combat oriented system. It was one of the first organization that taught an eclectic approach to the martial arts and hosted the first mixed martial art tournements in the United States. Out of this embryonic seed came such legendary fightwers as G.M. Frand Dux of ‘Blood Sport’ fame.

The early members of the BDFS were labeled dojo bangers because of their aggressive fighting system and their in your face attitudes. Their aggressive stance created an unfortunate era in Chicago karate culminating in the dojo wars of the late sixties and early seventies. Those were rough days and many of the members of the organization carried Chicago’s propensity for street fighting to another level. Those were tough times but the members that stayed with the organization grew past that adolescent growth period into dedicated and community minded martial artists.

Dr. Lawrence Day took the reins of the BDFS in the mid sixties after the death of its founder, John Keehan. He was the keeper of the flame. When many of our members went their own ways, training in various disciplines and perfecting different martial art systems Dr. Day kept the vision alive. Dr. Day, G. M. Ashida Kim and G.M Stoffel van Vuuren of South Africa sought out the original members of the organizations who now make up the patriarchs of the organization. From there the organization has grown into a large international organization and host members of many martial art styles and systems.

The leadership of a martial art organization generally follow lineage and is passed on to the senior student of the founder or grandmaster of the system. I inherited that position with the passing of our Senior Grandmaster Dr. Lawrence Day in late December of last year (2012). I became the ‘Head of Family’ because of my early involvement with John Keehan and both the WKF and the BDFS. I was already the head of the Black Lotus Martial Art Association, a sister organization to the IFAA BDFS. I came to this position not because of my superior skill or knowledge. I came to this position because I was next in the lineage of the organization and its senior student under its founder. In affect I am the head of an organization with a host of masters, grandmasters and sensei who are as knowledgeable or more so than myself. It is my duty to carry on the vision of my predecessors and take the organization to the next level. It is not unlike the passing of the baton in a relay race. My predecessor’s shoes will be large shoes to try to fill but the integrity of the organization must remain intact and I am thoroughly dedicated to that end. In this position that I have inherited I will seek to honor the memory and continue the legacy of those who served before me.

Understanding the Roots of a Martial Arts System