I went to the newly released movie HUNGER GAMES over the weekend. The blockbuster in its second week earned $364,933,000 million dollars worldwide. A friend of mine told me that I just “had to see it” because of the martial arts content, and so I did. As entertainment the movie is very appealing. I confess that I liked it. The main character, a teenager named Katniss Everdeen (played by Jennifer Lawrence) is likeable by every age group in the audience. However, I found the overall theme of the movie to be very disturbing, and to some extent immoral. To summarize what the movie is about, it about children killing other children for sport. It is basically ancient Roman gladiatorial combat and blood lust repackaged into a not so distant future America, but the warriors in the ring are not adults like the blood thirsty Roman audiences that cheered in coliseums over two millennium ago, but they now they are children from the ages of 12 and 18 years old. Even the weapons the children are forced to use against each other are weapons you would have seen in an ancient Roman coliseum: spears, swords, daggers, and bow and arrow. So, needless to say, the violence is stabbing, clubbing, cutting, and hurling primitive missiles through the air.

The movie makes no attempt to explain why society took a step backwards to pre-Christianity, other than a flimsy excuse of global war and a new elite ruling class that uses reality-television-turned-real-combat as a mental pressure release valve for oppressed citizens who live under harsh conditions rather than allowing for them to turn their frustrations against the government. The viewer just comes into the story accepting the idea that society has given their stamp of approval on children killing each other in a contest, and the populace cheers them on. Nobody in the story says that the Hunger Games are wrong, but go along with the program like the throngs of hypnotized audiences once did at the Rally grounds in Nuremberg, Nazi Germany in the 1930s when Adolf Hitler had everyone under his spell. The movie could have made a moral point simply by having a few of the characters saying simply, Killing is wrong. The Hunger Games are wrong. However this is not the case, and like Nazi Germany, wrong becomes right. 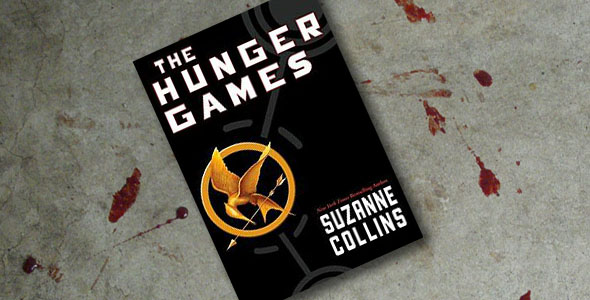 Because the movie does not take any moral ground whatsoever it is a great opportunity for parents to interject their own concerns about the movie. It’s an opportunity for the family to talk about justifiable violence and unjustifiable violence after viewing the movie. Of course, there are some good side discussion as well that can come out of the “movie review,” like when a government eventually controls every aspect of one’s life: viewing content, food distribution, and even stirring up class warfare (after all, the citizens of fictitious Panem are divided up into 12 districts with some better off than others). Have you noticed that I am assuming that your children will indeed view this movie? Today it is virtually impossible for parents to restrict their children from viewing certain movies, for even if they do not allow them to see a movie in the theater eventually a friend will be able to share it with them through video streaming or watching the DVD version at their home or even during recess. It is very difficult to prevent electronic media sharing. Thus, it is best for parents, like with Hunger Games, to keep on top of the popular culture movies themselves and give their children their own personal views on each and every one of them. This week I’ve been warning my friends and family members that have young children about the possible dangers of Hunger Games. I don’t tell them not to let their children see it, but I have been telling them what I am telling you now; overlay your own values over the film.

Of course, many children are going to see the gratuitous violence of Hunger Games and soon forget about it. However, some children are bound to glorify it and in worse case situations even attempt to imitate it. After all, it is grown ups that made the movie and indirectly condoning its content. Movies do have tremendous influence on people, especially young people, and Hunger Games obviously appeals to young minds; probably a lot more than we feel comfortable with. This seems to be a new direction for writers and moviemakers to go, and due to the success of both the book and film, we can only expect more of it.