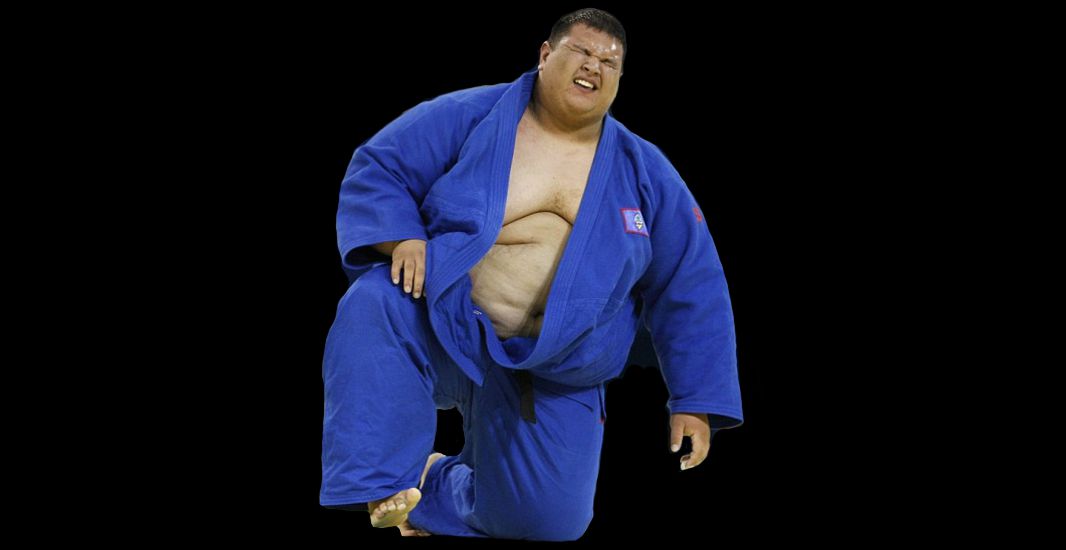 Many martial arts schools claim that studying their art is a great way to get fit, lose weight, and improve health. In reality, however, the relationship between martial arts and fitness and health is a little more complicated.

Using the martial arts for fitness and health

To be perfectly blunt, if you’re a fat slob whose main exercise for the past year or 10 has been opening a bag of chips while operating a TV remote control, then yes, starting a martial art will probably get you much more fit than you are now. But so would any number of other physical activities, such as taking long walks, joining a health club, yoga, hiking, or taking the stairs instead of the elevator. Of course, as with beginning any other physical regimen, if you’re that out of shape, see a doctor first, and take it easy in the beginning.

I firmly believe that physical activity is always a good thing, and going to karate class three times a week is better than sitting in front of the idiot box every night after you come home from a desk job. But the fact of the matter is that a martial-arts class is designed to teach you techniques, strategies, and their applications. Now, it’s true that at some ethically sketchy schools, students – even the senior ones – end up doing calisthenics during 80 percent of the class. They’ll get into decent shape that way, but they won’t really be learning a martial art. (Side note: Schools like this structure their classes this way in order to slow their students’ progress in the actual art; this way, students will be forced to attend a greater number of classes to achieve skill and the teacher can milk his students for more money. In some cases, teachers train their students this way simply because they don’t have very much to teach, and need to hide this fact by exhausting the students so much that they don’t have the energy to learn. A good teacher will simply tell you that he expects you to exercise and get in shape on your own time.)

At a decent school, most students spend their class time slowly learning techniques, then increasing their speed. They do reflex and coordination drills, and finally, they do maybe 10 minutes or so of sparring. From a fitness standpoint, even if you’re studying an art that is very physical (boxing, grappling, or some kickboxing style, for instance), 10 minutes is not very much actual exercise time. In cases like these, while you need to be extremely fit in order to excel, simply going to class is probably not going to get you into that kind of shape. (And if you’re doing a soft, internal art such as Taijiquan or Aikido – forget about it. After the first few months of training, you’ll be able to go through class without breaking a sweat or even breathing hard.)

Thus, if you’re relying on just regular martial-arts practice to get into really great shape, you will likely be disappointed. While you can see many martial artists with washboard abs and ripped muscles, you can see just as many who are fat, easily tired, and weak. And some of these out-of-shape martial artists are teachers! It’s just proof that martial arts training does not automatically make you fit. (The fact that most of these “martial” artists probably couldn’t win a fight against a girl scout is a topic for another article.)

As for those ripped martial artists: Without exception, they have a rigorous workout routine that is separate from their normal martial arts practice, and they’re very careful about what they eat. (Nutritional advice is beyond the scope of this Web site, though I plan to post a few books on the subject that I liked.) Bruce Lee, that paragon of chiseled kung fu perfection, ran several miles every day, lifted weights, put himself through a brutal ab routine, and did various calisthenics and isometrics. That’s in addition to his hours of technique and sparring practice. Similarly, Rickson Gracie’s chiseled physique is not just a result of his Gracie Jujitsu practice, though you can indeed work up quite a sweat during BJJ training sessions. While Rickson is fairly close-mouthed about his physical regimen, it is reportedly incredibly grueling and involves a lot of bodyweight exercises. And we all know how hard even amateur boxers work out. Mike Tyson (or any other boxer whose physique you might admire) does not get those muscles by just doing speed bag work or other boxing drills. He spends lots of time on general physical preparation, such as roadwork, pushups, situps, and rope skipping.

It is also worth noting that the current (male) ideal of physical fitness — lean, chiseled abs, abnormally large pecs and an extremely prominent inverted triangular torso — is artificial, and a social perception of fitness. (Even the fighters I mentioned above — Bruce Lee, Rickson, and Tyson — don’t really conform to that ideal.) Why? Well, men who are truly functionally fit — able to explode with power, grind through hour-long combat matches (or, more practically, do heavy manual labor all day long) — don’t look like a Men’s Fitness cover model, unless they put in extra time to sculpt their body to do so. A lot of old-time wrestlers and karate stylists (people like Frank Gotch, Gene LeBell, and Mas Oyama, for example) would make 99 percent of modern-day “fitness gurus” and trainers look like arthritic 80-year-old ballerinas in terms of strength, endurance (both muscular and cardiovascular), and speed. But if you look at pictures of them, they don’t look like a Calvin Klein underwear model in the slightest.

The training and exercises that a traditional martial arts teacher will probably tell you to do on your own for strength and endurance will get you lean and in shape. But if your goal is to look like one of those underwear models, read one of the many fine bodybuilding books out there instead of joining a dojo.

Martial arts can demand a lot on a body

Why do these elite fighters spend so much time working out? It’s not because they’re vain and want to look good. (At least, that’s not the main reason.) The fact is, truly elite martial artists and fighters devote a lot of effort and time into becoming, literally, the best athletes on earth. They have to be. During a sparring match or a real fight, the demands placed on their bodies are far greater than those for any other sport.

A fighter needs to have the cardiovascular endurance of a long-distance runner. His heart and lungs have to be able to keep going strong, even after an hour of hard fighting or sparring. But unlike a long-distance runner, she also must be strong, able to lift not just her own bodyweight, but manipulate her opponents’ mass over and over again. Most distance runners can’t even lift their own suitcases.

A competitive martial artist needs to be as explosive as a sprinter. His every move must be able to explode faster than the eye can see, going from zero to Mach 3 in nothing flat; otherwise, he won’t be able to block, parry, or strike effectively. But that explosiveness has to last. A sprinter’s pretty much useless after his first 10 to 20 seconds of effort, but a fighter who fades that quickly will be in deep trouble if she’s facing someone as good as she is or tougher than he is.

A fighter has to be strong, like a power lifter. As mentioned before, a martial artist – even if he’s not a grappling specialist – has to be able to move his body smoothly, quickly, and effortlessly, and force/finesse her opponent into doing what she wants. But that power has to endure. While a great weightlifter or bodybuilder can lift some pretty impressive poundage a few times (say, 10 times max), his strength rapidly fades after that. But a fighter has to have her power and strength last throughout the fight; each and every punch has to have the ability to take her opponent’s head off, because he’s never sure which one of those punches will connect and have the opportunity to do so. He must be able to oppa just as effectively 45 minutes into a match as he could in the beginning of the fight. (An oppa is a grappling move in which a fighter lying on his back bucks his body in order to displace his opponent, who has mounted his torso and is thus in a position to rain down blows on the head and shoulders from a position of safety.)

As well, a fighter has to be able to exert power from any conceivable angle. Lifters train to exert force along the vertical axis – to lift a heavy weight from the ground toward the sky. But a fighter must be able direct his strength in every direction in the spherical three dimensions that surround him.

Only a combat athlete must simultaneously display speed, strength endurance, cardiovascular endurance, explosive and grinding strength, ability to take punishment, and agility. Only in gymnastics and some forms of dance (ballet comes to mind) do elite participants need to be nearly as fit.

I guess the point of this article is to elaborate on the martial arts-fitness connection. While the two are related, I think it’s more beneficial to think of martial arts training as an adjunct or an inspiration to get really fit.

From a fitness standpoint, martial-arts practice is better than nothing. But even experienced martial artists admit that it’s not enough and that there are better ways to reach peak physical condition. Start with martial arts practice, and use your desire to reach the top levels of excellence in your art to inspire you to hit the gym and train for fitness.

4 Stretch Yourself: Splits in Taekwondo, Karate, and Kickboxing

Thomas Kurz - June 1, 2013
We use cookies to ensure that we give you the best experience on our website. If you continue to use this site we will assume that you are happy with it.OkRead more