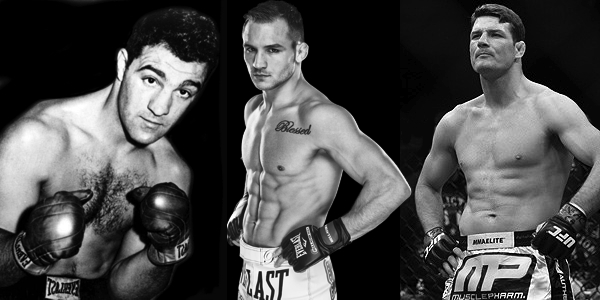 Rocky Marciano was born poor and died rich. But that was boxing. Lets look at the myth of earning a living in MMA.

In 2011 when I took the Cambodian team to fight MMA the first professional tournament in Malaysia, a lot of people were putting pressure on me to sign them to one of Asia’s most prestigious MMA promotions, even though the Cambodians had no way to train, learn ground fighting or even eat. I still remember a number of people using the phrase “A chance to fight their way out of poverty.” The terms of the contract were 3 fights at $300 per fight. I don’t know where those people learned their economics, but where I studied, I learned that $900 USD a year isn’t exactly a ticket out of poverty. The counter argument was always, “But if they win, they could get more on their next fight.” How much more? Double? Triple? Quadruple? That still qualifies as poverty.

In MMA even top fighters will only have a handful of fights at the tens-or-hundreds-of-thousands-of-dollars level. This is true even of the Ultimate Fighting Championships (UFC), which is generally thought to be the best paying promotion in the world.

My theory is that, while it is hard to become rich in other sports, it is nearly impossible to even earn a living in MMA.

MMA Compared to Other Sports

By this point, most people probably know that MMA fighters are paid less than professional athletes in most other televised sports. The three boxers with the highest lifetime earnings are Floyd Mayweather Jr. with $756 million, Oscar De La Hoya with $696 million, and in third place, Manny Pacquiao with $661 million. (Cramer).
The three top earners in pro wrestling earned quite a bit less: The Rock, with $70 Million, Steve Austin with $45 Million, and John Cena with $35 Million. (Campbell)

While it is obvious that ball players and champion boxers earn a lot, what about an average boxer? According to The U.S. Bureau of Labor Statistics, people who list professional boxer as their profession on their tax return earned an average of $75,760 in 2012. (Guerra) That’s a lot lower than Floyde Mayweather, but still nearly double the lifetime earnings of the average MMA fighter.

The expected lifetime earnings of a professional MMA fighter are $38,000. (Shmoop)

MMA earnings are low compared to what?

Obviously, not everyone can be a top ball player or a professional boxing champion, but MMA is not even a good career when compared to other jobs. In 2013, the average high school teacher earned $55,360, with the bottom 10% earning $37,230.
(Money.usnews.com) Said another way, the lowest paid high school teacher’s earnings for a single year were nearly equal to the lifetime earnings of the average MMA fighter.

Of course, being a high school teacher necessitates earning a university degree, which some fighters feel they can’t do. But other careers also pay infinitely better than MMA fighting. In 2013, police officers averaged $90,700, with the bottom 10% earning $32,670. (Money.usnews.com)

Therefore, if you’ve been paying attention, the lifetime earnings of the average MMA fighter is about the same as what the average McDonalds worker earns in a little over two years.

Most MMA fighters aspire to fight in the UFC, the most prestigious MMA organization in the world. But even in the UFC, the average fighter barely earns a living. According to an article published in the MMA Sentinel, the average wage for a UFC fighter is just $30,500 per year. (MMA Sentinel) “The 18 fighters in the nine undercard bouts at UFC 162 were paid a disclosed total of $1.167 million, an average of $64,833.33 per man.” (Iole)

To achieve his ranking of 438th best paid UFC athlete, and to achieve his less than $100,000 lifetime earnings, Lance Benoist fought 9 fights between 2010 and 2014. If he had worked as a school teacher, cop, soldier, or auto mechanic for the same five-year period he would have earned well over $100,000. But he did earn more than the $80,000 he would have earned if he had spent those five years flipping burgers.

Even in the big show, it’s hard to make a living. But not everyone makes it to the big show.

While the top salaries in Bellator are admirable for most MMA fighters, they are considerably less than those in the UFC. And once again, the fighters in the middle rungs will barely earn a living. And those in the lower rungs can’t possibly survive on fight purses.

When former Bellator champion, Ben Askren, signed for One FC, he was guaranteed a $50,000 appearance fee and a $50,000 win bonus. (Symes) According to his Sherdog record, he had 14 fights between 2009 and 2015. And of course, he wasn’t paid One FC level money for all of those fights. This is where the low lifetime earnings for MMA fighters come from. Most fighters only receive top payouts for a very small number of fights, at the peak of their careers. And in this case, top money is $100,000 for a win.

Ben Askren was highly critical of former UFC fighter and MMA legend, Phil Baroni, whose record is 15 wins and 18 losses. Apparently, in an attempt to rejuvenate his own, failing career, Phil has called Ben out. (Marrocco)

“’It’s gross how desperate he is to get a fight,’ Askren said. ‘He probably doesn’t know what else he’s going to do with his life, so he’s trying to talk himself (into) a fight.’” (Marrocco)

Phil Baroni has been fighting since 2000, having fought in many of the top MMA organizations: UFC PRIDE, Strikeforce, Cage Rage, DREAM, EliteXC, and ONE FC. If Ben Askren is right, and Phil Baroni has trouble making a living, how can the average fighter?

Closing the Gap in Fighting

Terry Wilson - May 1, 2013
We use cookies to ensure that we give you the best experience on our website. If you continue to use this site we will assume that you are happy with it.OkRead more