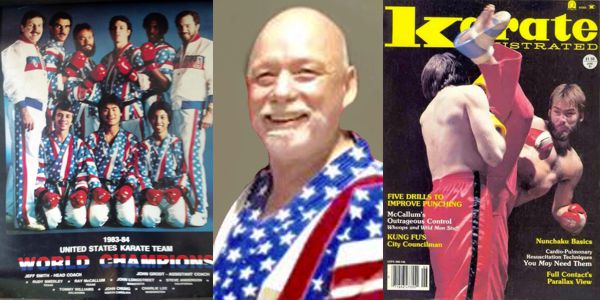 In the late 70’s and early 80’s, Raymond McCallum and I were the top two nationally-rated point-fighters in the US. While I barely maintained the top position, everyone knew on any given Saturday, Raymond could defeat anyone with his incredible versatile style of fighting.

Raymond McCallum was the most spectacular fighter on our circuit; much more exciting to watch than any of the rest of us. All of the top fighters would stand by his ring every chance we got just to watch him execute some incredible move that would have all of us, his own peers, literally going wild over. It was only moments later that the reality would set in; that one of us would have to fight him that day.

I personally saw Raymond McCallum execute 3 different moves while fighting in one major tournament that I truly believe have never been attempt by another in tournament fighting. He was incredibly electric in the ring and I was one of his greatest fans.

Raymond actually made me a better fighter by forcing me to adapt; train much harder just to stay on top. It was Raymond who visited my studio in Atlanta to teach me advanced sweeps and take downs that soon I was incorporating into my own fighting regime.

Here’s the story
The first time I fought Raymond McCallum, I had defeated him at the PKA Nationals for the Grand Champion title. Yes, I won the PKA Grand championship, but I was swept a total of 8 times in 3 rounds. Fighting Raymond for 3 rounds is no fun because at the end of all of his sweeps, they’re usually followed by a series of punches as well. Anyone that has fought Raymond can relate to this. 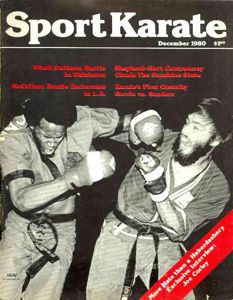 Later that year at the Diamond Nationals, there were 4 fighters left by the end of the tournament. Raymond and I were slated to fight for the Grand Championship bout, if we both won our next fights. I had already won the Diamond Nationals once and really wanted to win it again so I came up with a strategy that would ensure that I would win without having to fight Raymond for 3 rounds. It went like this. I felt I could defeat Raymond much easier, if I fought him in the semi finals, a one round fight rather than the 3-round title match.

I gathered a group of my friends and the editor of KI Illustrated at the time and had them follow me over towards Raymond who was just sitting and resting for his next fight. Raymond looked up and saw about 40 people standing in front of him and I was leading the pack. Raymond asked, “What’s up” and then I went into my very smart strategy. I replied, “{Raymond, you have been talking a lot of crap about me and the same goes for what I’ve being saying about you in the magazines.” He just smiled and said, “Yep. I went on. Ray, everyone has come here wanting to see the top two in the country fight. I say, let’s give them what they want. Let’s fight right now and not wait for the Grand Championship bout. You see, I’m sure I’m going to win my next fight, but I’m not at all sure you will win yours, so let’s fight now and get it over with.” I had him for sure; in front of all these people, he had to respond, OK, or else he would look like he was ducking me.

I remember it like it was yesterday. He looked at the crowd and then towards me and said, “Keith I appreciate the invitation, but if you don’t mind, I’ll just wait for you in the final round, but thanks anyway.” Then he smiled at me and went back to his own business. I walked away not believing what had just happened. My plan backfired. I can honestly say that Raymond McCallum was no dummy even though I’m not sure he can still spell, Powerful.

He was so confident that we would both win our next matches and fight for the ring which is exactly what happened. In the final match between us, we went into over-time at the end of the 3rd round. The score was tied 5 to 5. I threw a backfist, he threw a reverse punch. The stinking judges saw his and not my technique and he won.

But what I remember the most about Raymond McCallum was how graciously he treated me at my very last tournament. It was after my Grand Champion match at a tournament in Oakland. Raymond was the first one to pick me up on his shoulder and walk me around the arena while the crowd clapped over the speaker announcing my retirement. That I will never forget.