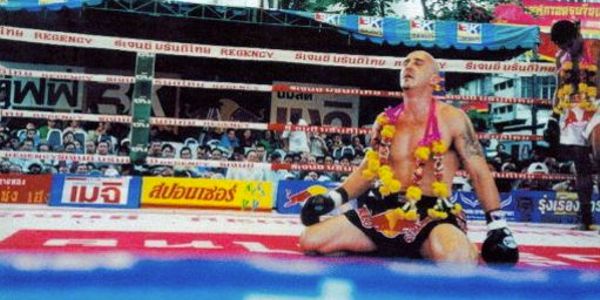 In today’s world, with it’s renewed interest in fighting arts, there is one sport and fighting art that has been used supremely in both the Mixed Martial Arts arenas and in the Rings of the world. This fighting style, used mostly for stand up combat, is known as Muaythai.

Around 2000 years ago, a fighting style was developed by a small group of special forces soldiers. These hardened warriors, survivors in hand to hand combat, battle scarred soldiers, would defend the Buddha for their King, to the very last man. Their acts were so heroic in battle that certain combat moves were later carved into rock to show future generations a part of that culture.

At a time when the city of London had only one thousand inhabitants, Angkor Wat, in Asia, was a thriving city of one million, and the Khmer Empire was thriving as well. Today, this same fighting spirit continues in Asia, with a similar style in each country.

It is known throughout the world as the deadly and dangerous fighting art of Muaythai or Thai Boxing. In other regions and countries in South East Asia it is also known as Khmer fighting, Burmese Boxing, Karen fighting and Lao boxing to name a few.

Each region and country flourished in this fighting art at one time or another, but one nation made an incredible stand using it. They recorded it in their history and later taught it to their youth, and then, they developed the art into a sport. Muaythai, the Sport of Kings or the Science of the Eight Limbs, belongs to the Thai nation.

It was the Kingdom of Siam or Thailand, as it is now called, that begin recording their kings fighting in MuayBoran around 1500 AD to 1800AD. During these periods, the Siamese people and their soldiers made incredible use of this style to defend their homeland, especially against Burma, a stronger, more aggressive, and ruthless opponent of that time.

The Thai people used this fighting art to create fear and with it they defeated many enemies. Later, when they developed it into a national sport, they took it to new heights. They introduced rules and regulations in 1933, including the use of western gloves and weight divisions, and Thailand’s acceptance into the Olympic Charter of Nations as a member country opened the world up for future boxing contenders.

With the help of media, government and sports enthusiasts, Muaythai has developed into a household name. They did this in much the same way the American nation adopted and used the English Queensberry rules of boxing and later created the amazing and very powerful fighting sport of western Boxing.

Muaythai was developed out of conflict in much the same way as military units and militias were created, to defend their land, and today in Thailand, it continues to do so.

There is a special regimen and etiquette associated with Muaythai and there is the right way to practice the art. Even though it is still shrouded in secrecy, certain aspects of its culture are becoming more well known. All the fighting camps or gyms have the same rule of Law: Respect, Humbleness, Heart, Power and Determination.

The most important rule is simple, to show respect. The showing of respect begins with the greeting. All fighters and young hopefuls, upon entering the gym, must show respect to the elders, teachers, camp fighters and especially to the Master.

This is done through the “Wai” a greeting done by joining the hands in a prayer position in front of the nose and bowing to the elders etc. This symbolic gesture shows respect and humbleness and is usually met with respect and humbleness in return. It is this simple way of saying hello that can go a long way in establishing good relations between the subject and the camp family.

Truth is one of Muaythai’s main ingredients, and a hard one to swallow, as all fighters train and fight together, so all are judged more by their actions, rather than by their words.

A Thai fighter’s nickname will reveal much about the fighter as an individual, and about his performance in the ring. This is especially so if the fighter is properly nicknamed by his Master “Ajarn” or his Teacher “Kru” in the fighting camp.

Muaythai has always been known among fighters as a sport of kings. This is still so with today’s young warriors and future champions throughout the world. They still battle to have the only belt that matters, the Champions belt.