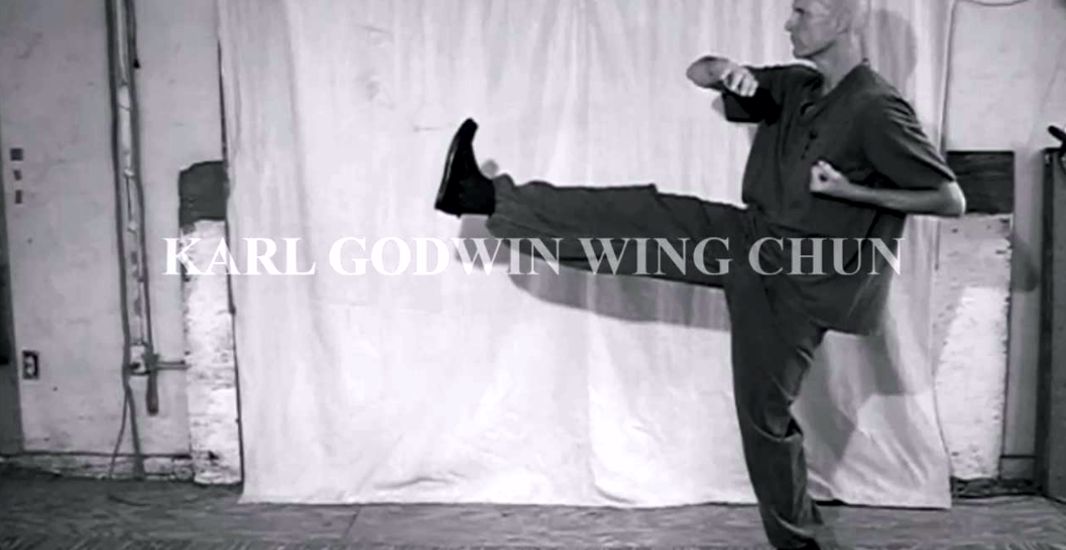 Most people today think of fighting systems as Asian. Some also even think of Brazil or Israel, but most don’t think of martial arts as being European or American.
Some have heard of Bare-Knuckle Boxing but don’t equate it with other martial arts. They really don’t know how effective and brutal a street-minded European boxer could be. In fact, Bare-Knuckle Boxing was once considered one of the most effective empty hand systems in the Western world for self-defense.

When we think of Bare-Knuckle Boxing we envision the sport scene more than the self-defense aspect of the system. We think of the Queensberry rules and black and white visions of fighters who stood in a strange looking, more upright, primary fighting stance. People today consider the system a rather antiquated form of boxing which has grown to become a high level sport. That is exactly what it has become; A SPORT.

There is a large gap between sport and self-defense, however. As a self-defense, today’s boxing has lost much of its street effectiveness. The Bare knuckle fighter of the past could handle himself quite well against any would-be attacker.

Early in the sport, men still used illegal techniques that they learned from their own fathers and brothers or from the street. These fighters knew how to hide illegal techniques within legal ones like the straight right hand that would slice the opponents lips to ribbons or the eye gouge hidden within a jab. These guys knew all the brutal, vicious, fight-terminating shots. In fact, before rules were in place and before today’s boxing methods were birthed in the ring, men were studying boxing as a self-defense science. The practice of bare-knuckle boxing dates back to ancient times and was unparalleled during the Renaissance where fencing science and human biomechanics were meticulously applied to the system.

Bare-Knuckle Boxing or Western boxing or what I call Long-Bridge Boxing at my school is our indigenous fighting system and is every bit as effective as its oriental counterparts. It also makes up a large part of our martial heritage. The western art of boxing has also had a huge influence on most other martial arts. One system in particular, some believe, that was greatly influenced by Western boxing is Wing Chun. A look into China’s past will tell you that Chinese practitioners had many encounters with Western boxers. They encountered a system of fighting they hadn’t seen before because they were used to fighting people of their own stature, not the taller Europeans.

These Europeans kept their heads back, with their weight on the rear leg. They punched straight and took small, shuffling steps, with a few low kicks or none at all. This was totally different from the Chinese methods as they used low horse stances, with wide, overreaching punches. Needless to say the Europeans beat many of the kung fu fighters. This is a matter of great controversy so we need not say that this is indisputable. What I submit to you is that Wing Chun would be greatly improved by incorporating certain key principles of Bare-Knuckle Boxing.

Bare-Knuckle Boxing came to our line through my Si-Gung, Karl Godwin who with his own teacher went in-depth into the study of the roots of the world’s martial arts. In particular those of Western fighting arts, their development and finally, their compatibility with Wing Chun. As a result, my teacher, Bill Graves, an early, senior student of Karl Godwin, spent much time developing and refining his Western influenced Wing Chun. He then passed it on to me where this innovative method has continued to blossom.

The compatibility of Wing Chun and Western boxing is nothing new however. It has been recognized before. Bruce Lee, an early Wing Chun practitioner, found that boxing could fit the principles of Wing Chun better than any of the Asian arts. However, he failed to take note of the pure street aspects of the system and incorporated some sport postures and methods.

So my early training in Wing Chun was a combination of undiluted Leung Sheung (Yip Man’s most senior student) Wing Chun as a skeleton with the Western boxing expression. I learned the sets without alteration but when it came to sparring and ultimately fighting it was certainly pre-sport Western boxing. The posture was tilted back with the arms extended upon interception keeping the head away from the opponent’s fists. All of Wing Chun’s concepts were in place but the emphasis was certainly a polished Long-Bridge Boxing articulation. Back then drawing blood was common. Bloody lips and black eyes and cheekbones were expected. There wasn’t a night that I wouldn’t go home without some injury. Of course the way I train now is much different. It’s all advanced, short range centerline control. It is the opposite spectrum of my early training and is considered advanced Wing Chun. Our training methods are unique to our line and I believe it is the “Little Idea” that Wing Chun can and should be.

But as a teacher I have come to understand the importance of retaining that early longer range Western Long-Bridge Boxing. My experience has been that without its influence, a three to eight year practitioner of Wing Chun is predominantly a mid to short range fighter who finds kickers and anyone who fights at, or just outside of, boxing range to be problematic. I say this with all due respect not wanting to ruffle feathers, but I’ve touched hands with many of the major lines’ practitioners only to find them wanting. They could not deal with someone who kept them out of their comfort zone. In other words, I found that their interpretation of Wing Chun was somehow limited by tradition. It lacked presence and innovation. There is something else that eludes many Wing Chun practitioners and that’s the anti-grappling aspects of Wing Chun which is an essential part of my system but who’s subject I will save for another article. I am by no means saying that Western Boxing in itself is an unabridged system. I am simply saying that the ability to reason like our Western fathers has greatly improved our Wing Chun.

As a teacher I feel that the most important thing I can do is to look at my students as people I can help. I put their needs first, so teaching the Long-Bridge aspects of Wing Chun is first. To me it’s all Wing Chun but I emphasize the Long-Bridge because of its brutal effectiveness. Its emphasis is on destroying the attacker efficiently and quickly at a longer range than is traditionally taught to 99% of Wing Chun practitioners. This gives a less skilled student more time to respond with adequacy by reason of distance created by larger footwork and additional arm extension. The footwork is not different than Wing Chun, just larger. Much of the training is efficient interception, footwork and straight, leg-powered punches with simultaneous deflection. Keeping your head away from the action and greater mobility is key. After they are proficient they go into what we call mid-range (where most Wing Chun lives) and then at higher levels to short-bridge or very close quarters training.

Innovation is a concept that we value, so as a system we view Wing Chun as complete. That means that it works against boxers, kickers and grapplers, guns, edged weapons and blunt instruments. I was not looking for Western Boxing when I found my teacher but it was a pleasant surprise. One that I value greatly to this day. We possess not only the skills of the fathers of Wing Chun but also that of our Western fathers. To quote my Si-Gung, “The principles of both arts combined, form the basis for a more scientific fighting method. The assimilation of Western physics, philosophy, and other disciplines into the already effective Chinese Wing Chun creates the potential to develop all of the physical and psychological attributes of an individual. This combination of East and West would allow Yip Man to be joined by Da Vinci, Vesalius, and other great thinkers as the builders of the ultimate pugilistic system.“ In other words, there is room for tradition but innovation should rule the day.

I mean if you find a place of deficiency in your system then alter your training methods and your manner of interpretation of the sets.

Although Bare-Knuckle Boxing is almost gone in the United States, it is still a vital part of our training. More importantly, there is the idea of ownership of our fighting system. The idea that Wing Chun serves us and not the other way around. The tendency is to cry, “Heresy!”, but the proof is there for all to see. If you can’t deal with various types of fighters and you get grappled down and knocked out by a powerful right hand, then your martial art is useless. If your Wing Chun can’t deal with all comers then you should question it. I don’t mean change it. I don’t mean alter the sets in any way, although some of you have. I mean if you find a place of deficiency in your system then alter your training methods and your manner of interpretation of the sets. We have not altered the sets passed on to us, but certainly the training methods are up to date and answer ancient-to-modern martial questions. This has created a seamless fighting system whether armed or empty-handed.

A renaissance of Bare-Knuckle Boxing has taken place in our school and I intend to conserve and develop it. This vital component of our Wing Chun has allowed us to better appreciate Bruce Lee’s efforts to incorporate fencing and Western Boxing into his system. Tradition is good but if it begins to make any part of the system ineffective then its got to take a back seat to well thought-out training. I think that’s what Bruce Lee meant more than anything in his pursuit of expression in martial arts. Not the technique of the minute or the jack-of-all-trades mentality that is so prevalent in JKD today, but the concepts of more effective training and the idea of a complete fighting system. This unexpected component within our line and the mentality behind it, has unequivocally paved the way to a Wing Chun that has come-of-age.

About the Author: Armando Sainz has been involved in martial arts since 1979. He is the owner and chief instructor of Centerline Academy of Martial Arts and provides instruction for adults and adolescents in Wing Chun Kung Fu in the Jacksonville, Florida and Beaches area.

He is the most senior student of Sifu Bill Graves and seventh-generation Sifu in a line of senior students from Yip Man (Bruce Lee’s teacher).

Armando has had the privilege of training many Military Personal and Civilian Law Enforcement including Military Police, State and Local Police and FBI.

Jeet Kune Do Knock Out Potential: Developing JKD Power in Your...