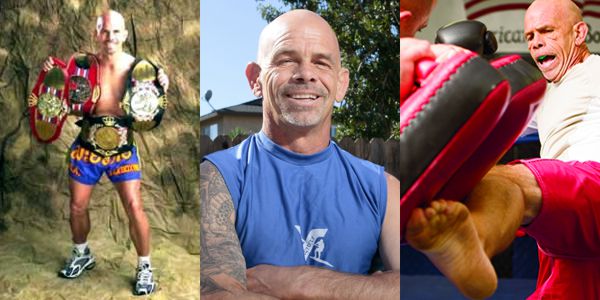 Tom Jones is a Seven-Time Professional Thai Boxing Champion. He holds two World Titles and three U.S. Titles. He is an extreme athlete, motivational speaker, martial arts expert, international kick boxing champion, endurance runner, and child advocate. Based on his own tragic experiences as a child at home and in the system, Tom has dedicated his life to helping the less fortunate with a focus on ending child abuse and neglect. In 2003, Tom Jones once again distinguished himself among all other athletes in the world by running a complete marathon (26.2 miles) in under four hours; then immediately fought a 5-round sanctioned Muay Thai kick boxing match, scoring a third round KO.

Tom Jones has become a role model and inspiration to others. He knows first-hand that without support, at-risk individuals could become tomorrow’s abusers, child molesters, delinquents, and criminals – negatively affecting society. Tom Jones has prepared for a World Title fight in Muay Thai kick boxing. He dedicated six months of his life in 2005 to stage an extreme running event to benefit children’s charities. With well over 20 years of experience in Martial Arts, Tom Jones has a 4th degree black belt in sport Karate, and holds national, international, and world kick boxing titles.

In 1998, 1999 and 2001, Tom Jones ran the distance of the entire length of California to raise money and awareness for this cause. In 2000, he ran an unprecedented 120 consecutive marathons (26.2 miles) in 120 days from his home in Huntington Beach, California to New York City, New York. There he participated in ceremonies and competed in the New York Marathon to raise money for underprivileged children.