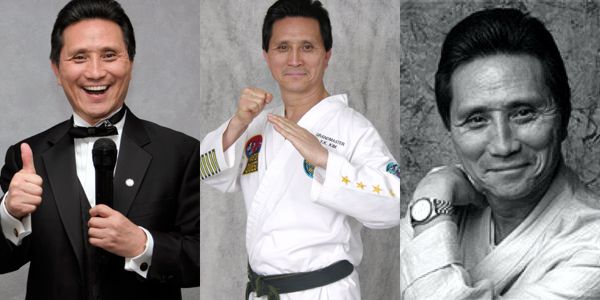 There is no one like Y. K. Kim, the world’s most dynamic speaker, a respected author, successful entrepreneur, and Grandmaster of the Martial Arts. He wants to change the world through his book, Winning Is a Choice, with a new way of thinking: a modern philosophy of personal and professional improvement. Y. K. Kim is a living testament that the “American Dream” is alive and kicking. After he finished his military duty in his native country of Korea, he immigrated to America in 1977 with only his Black Belt and a heart full of hope. He started homeless and without a green card, but was able to overcome cultural shock, financial hardship, and language barriers to eventually build a multi-million dollar organization. Through his blood, sweat, tears, and indomitable spirit, he was able to make his “American Dream” into a reality

Y. K. Kim has a  rags-to-riches story which was intensified by cultural shock, financial hardship, and language barriers.

Y. K. Kim has come from humble even embarrassing beginnings to a rare level of success.

Y. K. Kim recounts one story where he went to a grocery store one day in Queens, New York, to pick up something quick to eat because he was hungry. He scanned the shelves and found a can of food with delicious looking meat chunks on the label. He grabbed the can, paid for it, and rushed back to the place he was staying. Once he got back, he opened the can and inside he found what was on the label, delicious looking meat chunks drowning in gravy. He took his spoon and dug in.

After his stomach stopped gnawing at itself, he was concerned because something wasn’t quite right about the meat. It tasted kind of funny, but he couldn’t figure out why. Maybe the meat had expired. He put the can down and grabbed his English to Korean dictionary to translate the words on the label. His eyes widened when he discovered what he ate dog food. He actually ate dog food!

From that moment Y. K. Kim vowed he would devour the dictionary before he would make the same kind of mistake again.

Since then Y. K. Kim has enjoyed more than personal success; he has also touched thousands of people’s hearts and helped them to succeed through his diverse achievements, which includes Martial Arts leader, speaker, author, movie star, and public servant.