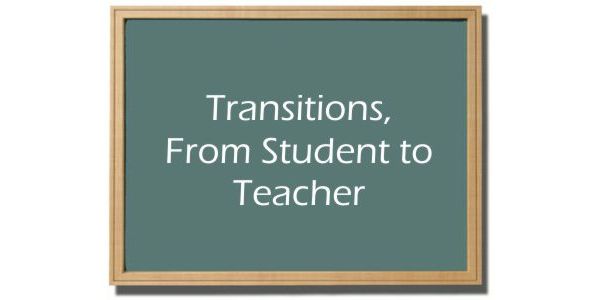 In this way Sensei Schneider seeks to assist me in making the transition from student to teacher of the martial arts.

I suspect that like some martial artists, my martial arts journey has been unusual in that I drifted away from the arts for a while and then returned to them after a considerable absence. I began my studies at age seventeen with the legendary Judo Sensei Don Schneider, in the Tidewater judo Club of Norfolk, Virginia, in 1968. Even fought in a couple of tournaments up through 1970. However, Life—and the Army— kind of got in the way somehow along the way, and though I remembered almost all of what I had learned and sometimes even practiced—and USED—it, I really did not return to full-on martial arts studies until 2004.

That’s when legendary Black Dragon Patriarch and Grand Master Dr. Donald Miskel came to work for me on the security team I led at a local hospital here in Tucson, Arizona. It did not take Hanshi Miskel long to observe that I had some kind of martial arts training in my background and as he got to know me as a responsible and judicious kind of guy, he finally felt comfortable offering to take me on as a student if I was interested. Considering the type of martial arts he teaches, my character was an important consideration in his making the decision to offer me a chance to learn from him. For my part, I had, by then, learned enough from listening to and observing Hanshi Miskel to know that he had a tremendous amount of martial arts knowledge and skill to impart and I could not turn down the chance to study under his guidance. Trained at an early age as a violinist, I considered Hanshi Miskel the martial arts equivalent of an Isaac Stern or a Yehudi Menuhin and that the chance to study the martial arts with him would be akin to studying the violin with such a great virtuoso as either of those two great violinists. I also considered it an opportunity not to be missed. And impossible to refuse.

Sensei Schneider spent much time with me one-on-one when I was a young man, as well as our time in class together. Now, in my fifties, I had much the same benefit of one-on-one instruction from Hanshi Miskel. A number of other students came and went during my years with him, but none stayed. In part, that was due to the lessons being taught and the way they were taught. Most students soon decided the pain and sweat and blood required of them in learning were too great a price to pay. Some real tough guys—one a marine combat veteran of Viet Nam—came to just one class and never returned. I stayed. Like all martial artists, I have learned that blood and sweat and pain are the price we pay for learning to defend ourselves and others when such defense is needed. And that even blood and sweat and pain are preferable to death, or enslavement.

Also, at some level, I suppose, though I doubt all martial artists would concede this point, I think that martial artists who stick with the arts all their lives, or who return to them after an absence and then remain, are at some level at least a little bit masochistic. We ENJOY the pain and the blood and the sweat. While kicking shin-against-shin in exercises aimed at conditioning the legs and the body to pain, Hanshi Miskel would smilingly and in a cheerful tone sometimes ask me, “Ohhh, John. Don’t’ch’ya LOVE it?” While the truth might be that we do NOT actually enjoy the pain, what we DO enjoy is the fact that we have come to a point in our lives where we can do such things when most others either cannot or will not do them. And that we understand that the pay-off for our doing them is that we become enabled to do things others cannot do when those things must be done by somebody. Most martial artists would call this “The Warrior’s Mind-set”. We know every day of our lives that if the fit hits the shan, we are at least equipped better than most to handle it. And that gives us an edge that often silently communicates itself to people we must oppose and frequently does so in such a way as to make our actually having to lay hands on them unnecessary.

A year or so ago, then suffering a serious illness, Hanshi Miskel moved back to Chicago from here in Tucson, Arizona where I still reside. For the first time in many years I was again “on my own’ so to speak, in a martial arts sense. But by this time, thanks to my two wonderful Sensei’s who taught me separately, so many years apart, I had finally developed a true level of some expertise in the arts. And people DO notice this about you when this is true as they see you handle yourself successfully in various situations which would rattle and perhaps even defeat most people.

As a result, in the last year or so, I have been approached by young people on occasion wanting to learn howto handle themselves as I do. Wanting some of what they see I “have”. That “serenity” under duress or in the face of a physical threat. Hmmmm…

And so I am transitioning from student to teacher, though I know I will always be a student first. Still, a proven ability to handle myself in both verbal and some rare physical confrontations has taught me that I have, indeed, reached a point as a martial artist where I now have something of value to impart to others. And so, I am coming to terms with being a teacher, too. I am transitioning, in my mind and mind-set, from being “just a student” to also being a teacher. Though I will never see myself as another Don Schneider or Don Miskel, I am seeing myself more and more through the eyes of the young people who observe me as a teacher.

I have a young friend who holds a couple of first degree black belts in a couple of different disciplines. This kid could be a dangerous young man if he wanted to be. A former neighbor, he now comes to me to train with me, wanting not only to learn the techniques I can share with him, but also wanting some of the “settledness” and serenity he senses in me which he senses he lacks. Another young man at work who has seen me have to confront an occasional miscreant has also expressed an interest in studying with me. And so, I am transitioning from being strictly a student to being a teacher, also.

Recently re-connected with Sensei Schneider after some forty years, when he read an article I had written in a martial arts magazine about studying with him so long ago, I have taken to heart his insistence that I signmy e-mails to him as “Sensei”, or “Sensei John”. I have come to understand—I think—that in this way he seeks to assist me in making the transition in my own mind from being strictly a student to becoming a teacher as well. A hard transition for me to make. Surrounded all my martial arts Life by such true legends as “The Two Dons”, Schneider and Miskel, it is leaves me in awe to think of myself as being, like them, a teacher. But, I am working on it.