Everything has to start somewhere. Everything that is to stand must have a foundation. Nothing exists in a vacuum. I’m real big on finding the roots of things. How things came to be what they are. As a writer, I am always looking for the roots of words and the origins of various adages and clichés. How did various phrases and ideas become part of our vernacular? Every ‘old saying’ has its author. The same holds true for the martial arts that we study today.

Many of the martial art masters that founded the arts that we study today studied with someone. Very few had a spiritual epiphany that morphed into one of the martial arts that have become cornerstones in the martial art world. Master Gichen Funakoshi studied variations of Naha and shuri te. Master Kano and Ueshiba studied various forms of jiu jitsu. If you go back far enough jiu jitsu probably has much of its roots in sua jau and aikijitsu in chin na. Karate and kempo was heavily influenced by the various Chinese kung fu influences that found their way to the Ryu Kyu islands. It may be informative and beneficial to research the origin of whatever art you study.

In my many years in the martial arts I’ve had the privilege of studying with several instructors in a number of systems. I stayed with several of them long enough to attain menkyo(s) or teaching certificates. A couple I’ve stayed with long enough to be considered a master in the systems. Not that I claim mastery in anything. After fifty seven years I’m still a student. I guess I’m a slow learner but I keep plodding along.

All of the systems and arts that I have studied have amalgamated into one eclectic system. I divide the system that I teach into two key components. Either the kempo or aikijitsu systems can stand along and can be taught independent of the other, but ideally they are designed to complement one another. I’ve studied arts that I may have been qualified to teach at some time or another. I don’t teach any of them but all of them have found their way into my key art. All of them to a greater extent form the art that I teach.

My primary arts were karate (shorei goju), Okinawa kempo and diato ryu aikijitsu with a smattering of judo, aikido and hakka ryu jiu jitsu thrown in the mix. They are the foundations for everything that I study or teach. 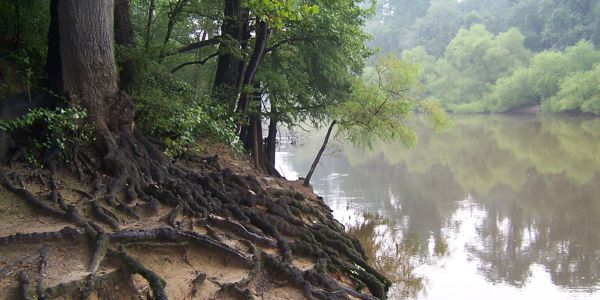 How do you find the roots of a particular martial arts system? You can look at the point of emphasis of the art. Is it basically a striking or a grappling art? Does it advocate fighting at a distance or up close? Does it advocate strength or technique? Is it external or internal; hard or soft? Is it circular, linear or a combination of the two? These and similar questions can give you insight into the origins of your art. Let’s look at some of these questions and examine a particular art. We’ll look at goju karate as an example.

Okinawa goju is considered a softer system than shorei and shorin karate, the two other major styles of karate on Okinawa. Goju has both linear and circular techniques. It is in affect two systems in one. Looking at the sanchin (hour glass) stance of goju karate and its crescent stepping patterns you can see shades of pau qua chang, an internal style of kung fu. The mawashi uke (round house) blocking patterns support this. On the other hand there are the tensho blocking and grabbing techniques that are reminiscent of white crane kung fu. A lot of the high kicks and long hand techniques bear this out. One could also look at the explosive oi zuki (lunge punches) of the systems along with the gyaku zuki (reverse punch) and see a serious similarity to tsing i. These influences along with the influences of the local Okinawa te systems (Naha te, Shuri te and Tomiki te) make up what we know as goju karate.

Trying to understand the roots of a martial arts system may or may not make you a better practitioner but it would definitely give you a deeper insight into the individual arts that made up your system. Examining these systems may give you a better concept of the intregul parts of your art and how they come together to create the art that you study. Taking a closer look at these individual arts may even make you a better martial artist. Plus you can impress your friends and fellow students with your academic knowledge. I might warn you though, to be careful how you go about enlightening your sensei with your superior knowledge. No need of getting a butt whipping if you don’t have to. Sensei(s) can be a little testy about those kinds of things.