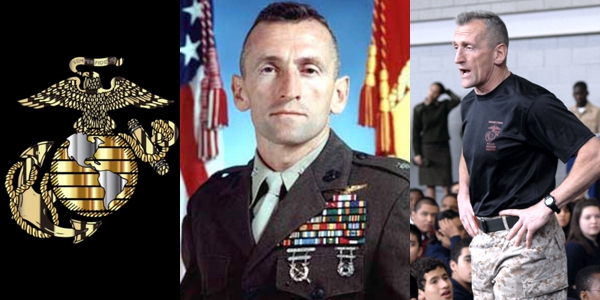 Lieutenant Colonel Joseph Shusko is the director of the Marine Corps Martial Arts Program (MCMAP). He is responsible for the martial arts training of over 175,000 Marines.

He was commissioned in 1977 through the Platoon Leaders Class program. He completed The Basic School and attended flight training at NAS Pensacola in 1978. Designated a Naval Aviator in 1980, Lieutenant Colonel Shusko transferred to Marine Corps Air Station, New River, NC to assume duties with Marine Medium Helicopter Squadron (HMM) 263. In addition to serving as a squadron pilot, he also performed duties as the squadron’s Assistant Aviation Maintenance Officer. During this tour, Lieutenant Colonel Shusko deployed twice to the Mediterranean and was involved with peacekeeping operations in Beirut, Lebanon.

In 1984, Lieutenant Colonel Shusko reported for duty with Marine Helicopter Squadron One (HMX-1). While serving as a White House Liaison Officer at HMX-1, he was designated a Presidential Helicopter Pilot. Upon completion of this tour and following school, Lieutenant Colonel Shusko transferred to the Sixth Marine Regiment, Second Marine Division where he assumed duties as the Regimental Air Officer. In 1990, he returned to an operational squadron, HMM-266. During this tour, he was the squadron’s Aviation Maintenance Officer and participated in Operation Desert Shield/Desert Storm and again deployed to the Mediterranean as part of a Marine Expeditionary Unit (Special Operations Capable).

Following school in 1993, Lieutenant Colonel Shusko was assigned to the staff at the Marine Corps Amphibious Warfare School. After his instructor duties, he was transferred to the Headquarters, U.S. European Command where he worked as the Team Chief aboard the Airborne Command Post (ABNCP) within the Operations Directorate. During this tour he also served as a Liaison Officer with the United Nations Protection Forces and later Operation Joint Endeavor in Bosnia.

Following this tour, Lieutenant Colonel Shusko was transferred to P&R Division of Headquarters Marine Corps where he served as the Aviation Analysis Officer. During 1999 he was selected to be the Executive Officer, The Basic School.

In April 2001, he assumed command of The Basic School.