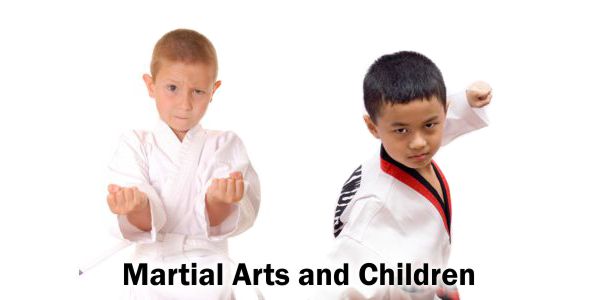 A common question asked by parents considering enrolling their children in a martial arts class is how young a child can begin martial arts training. To answer this question, a parent needs to consider a child’s mental maturity and physical development, as well as the style of martial art involved.

The main factor to consider is the child’s mental and physical maturity as compared to the demands the art will make on him or her. Martial arts training (indeed, any physical activity) should be geared toward enhancing a child’s physical development and mental maturity.

Thus, though it should go without saying, many hard-core competitive striking martial arts are not really physically appropriate for children until they are well into their high school years. By this, I mean arts such as boxing, Muay Thai and Isshin-ryu karate – which advocate contact sparring as a core component of their training. There are those that say that you can train these arts without the contact component – but then you end up watering down the essence of the art, so what’s the point? Better to find a style that your child can practice full-on with minimal fear of incurring broken bones, facial injuries and blows to the head that could affect his or her learning ability. Such styles also place stresses on the joints that are inappropriate for young bodies already struggling with the considerable demands of growth spurts.

Arts that encourage flexibility and balance are wonderful for young children, however. These are attributes that are somewhat easier to develop during childhood and stay with a person throughout life without minimal maintenance. Thus, Korean arts such as Tang Soo Do and grappling arts such as judo, wrestling or Brazilian jujutsu are great for kids. Children are generally ready to study these arts around the time they begin elementary school.

The main factor for whether a child is ready to train a particular art lies in his or her mental capabilities, however. On one hand, the art has to be interesting and fun for a child. Thus, the more philosophical and meditative arts, such as Taijiquan and Aikido, might bore most children (and even some young adults). While there are exceptions, it is rare to find anyone with the requisite interest and patience younger than 18.

Young children will probably enjoy grappling arts, which involve rolling around on the ground and some tumbling – things that they probably enjoy doing anyway. While the concepts might be difficult to grasp intellectually, a young person’s mind is innately suited to quickly understanding grappling strategies on a subconscious level.

Striking arts, on the other hand, involve maturity issues. In any art, a school must strike a balance between intense, realistic training and the need to avoid injury. In a grappling class, it is comparatively easy to control how intense a grappling match gets, and the consequences for going a little too far can be minimal. But sufficient maturity is far more crucial when it comes to a sparring session that will involve striking. It can be difficult for youths to gauge how far is too far and how little is not enough in terms of aggression and contact, and a misjudgment can easily lead to bloody noses, cuts or worse. It can also be difficult for less-than-mature participants in a strike-oriented sparring match to remember to leave any feelings of aggression and hostility in the ring and act like true sportsmen or sportswomen afterward. (This is particularly true for children, but can be true for adults as well; witness the antics of boxers Mike Tyson and Andrew Golota, for example.)

Another issue that arises from striking arts is whether a student is sufficiently responsible to be trusted with the knowledge of how to deliver more devastating attacks. The human body is extremely vulnerable to the knowledgeable practitioner, and many arts have developed ways of easily exploiting those weaknesses. Parents and teachers might both prefer it if easily excitable hot-tempered adolescents develop a bit more grounding, empathy and aging before they learn such things.

Mental maturity is also particularly important for the more complex and subtle martial arts – those that rely on an ability to intellectually and innately understand the concepts of a martial art. For instance, the concepts of internal body alignment used in internal martial arts such as Hsing-I and the deflection, center-line and deflection concepts used by wing chun practitioners can elude the grasp of younger enthusiasts. Thus, young students might become needlessly frustrated by their inability to progress in an art and become discouraged about their own talent and intelligence.

In general, I believe that judo, Brazilian jujitsu and other groundfighting arts are appropriate for children and adults of all ages. Parents can also consider arts that emphasize acrobatics and flexibility, such as Tae Kwon Do and capoeira; although these arts are striking arts, their techniques and training methods in the United States are ineffectual enough that there is little worry about accidental injuries or the risk that a young student might cause damage to someone else on the playground with techniques learned in the dojo.

Young children should not train hard-core striking arts such as ishin-ryu karate, Thai kickboxing or wing chun; they provide too much danger for young, undeveloped bodies and require a degree of maturity and self-control that is almost never present in the very young. They cannot handle the undiluted training, nor can they be trusted to distinguish between the right time and the wrong time to use the knowledge they might gain. The rare high schooler might be ready for these arts, but even then, it is doubtful. I would not recommend them until the young person is ready to take responsibility for his own actions. Based on most states’ drivers license requirements, I would say age 16 is a good reference to use as a benchmark.

Martial arts training in the more esoteric internal arts are safe for children of all ages. But younger children are unlikely to have the mental sophistication to grasp the concepts involved, and they will probably find them boring. Still, if a young child wants to try an art such as Taiji or Aikido, it can’t hurt.