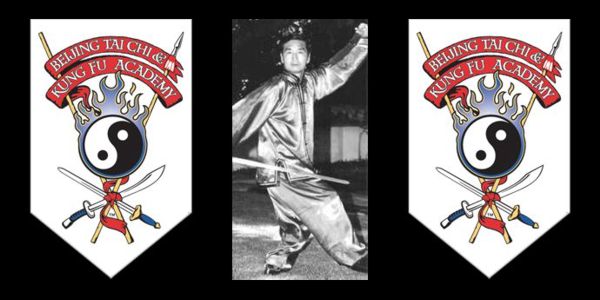 The Chinese martial arts talk a lot about internal power and the use of chi (or qi) energy. In any discussion of internal martial arts, Tai-Chi styles inevitably comes up. With a name meaning “supreme ultimate fist” and a growing following worldwide, Tai-Chi hold the greatest popularity of any of the so-called “internal” martial arts. The health benefits of Tai-Chi practice are hard to argue. Several major medical research universities have conducted studies that tout its effects on lowering high blood pressure, decreasing stress levels, and lowering the incidence of falls among the elderly – the #1 cause of injuries requiring hospitalization for that age group.

However, there are many Tai-Chi styles of training to choose from, and “instructors” are popping up all over the place, hoping to capitalize on the craze and claiming to teach Tai-Chi styles that descended from everyone from Yang Cheng-Fu to Mao Tse-Tung. The reality of the situation is that there are only five main Tai-Chi styles that are recognized by the Chinese government, and by most traditional Tai-Chi masters. According to Venice, California based Tai-Chi authority and researcher Daniel Yu Wang, they are:

Wang, who trained extensively in Beijing since his youth, is obsessed with the training methods and origins of the different Tai-Chi styles of traditional ai-Chi. He traveled extensively in mainland China to conduct research on Tai-Chi’s history and fighting applications, learning all five of the major Tai-Chi styles and becoming well-versed in their practice and history.

For the new Tai-Chi enthusiast, however, making a choice among these Tai-Chi styles can be a daunting task. According to Wang, “Among these Tai-Chi styles, the earliest to become popularized was the Yang style. Next would be Wu style, then Sun style. The least widespread would be Wu Yu-xiang’s style. The Chen Tai-Chi style only became popular as of the 1930’s. Outside of these five Tai-Chi styles, there are those who studied one of these systems and imbued it with their own techniques, thus creating their own styles.” Thus, a plethora of new exercises bearing the name “Tai-Chi” became popularized over time, especially in the United States.

Wang relates his own personal experiences with Tai-Chi students explaining, “Most beginners are not too picky with what they learn, availability being their chief concern. However, problems might arise when the student comes across a style whose features may not match him or her properly. For example, an arthritic 65 year-old would probably not be highly suited to begin training in Chen style, with its explosive and sometimes athletic movements. Those who begin Tai-Chi training for the purpose of improving their health often start more comfortably with Yang style. But those with special concerns or conditions in terms of health should be more careful about which system they begin with.”

Because the Yang style of Tai-Chi is the most popular and most widespread around the world, it is more likely for a student to run into a practitioner of the Yang style than that of most other styles of Tai-Chi. Yang style teachers are the most common and greatest in number. Wang summarizes the appealing points, “Yang style is very open and smooth. The movements are light, smooth, soft, and slow. Because of this, they truly have the greatest following among the beginners of Tai-Chi.”

For those with knee problems, or the elderly, a Tai-Chi style is commonly recommended as a form of exercise, but let the buyer beware. Not all Tai-Chi styles of training are suited to every body type and condition. According to Wang, these individuals should begin the Sun style of Tai-Chi. He explains, “Sun style is also called huo bu (live step) Tai-Chi. Its special feature is called jin bu bi gen, che bu bi sui- which means that when one foot steps forward or backward, it is followed by the other foot which lands close by. [This type of footwork is a trademark of Hsing-Yi Chuan, which founder Sun Lu-Tang was quite learned in.] The knees are thus bent very slightly, placing few demands on that often injured joint. The time that each stance is held is for a relatively short amount of time, and the body posture is held higher up. Compared to Yang style where the front stance front leg should be bent to 90 degrees, this is very casual. This makes it easy for one with weak legs or poor balance to perform. The hand movements are relatively smaller in frame and just as smooth as any other style, also making it more accessible.”

Nowadays, there is a growing movement to discover the fighting applications of the Tai-Chi form. The New Age exercise crowd and the gray-haired set are slowly being joined by the rough and tumble kung-fu enthusiasts who want movements and training that they feel is viable in combat. “For younger people with real power who are more aggressive and don’t wish to train with slow movements, they should start with the Chen style,” says Wang. “The essence of the Chen Tai-Chi style is sometimes expressed as:

Kuai man xiang jian – Fast and slow are linked together in progression.

Physically, the center of gravity is also kept very low. So if one does not have a basic level of raw physical strength, then their understanding and mastery of the Chen style will be limited.”

The Wu style of Tai-Chi is another one of the five main systems. Its history is closely linked to the Yang style, as the Wu style is based on the Yang style “small frame” form. Wang is uniquely qualified to speak on the Wu style, as he trained with two of the most well respected Wu style specialists in Beijing – Ma Han-Jing and Wang Pei-Shen. “For those who wish to learn very finely detailed movements that easily produce internal energy and strengthen the posture with a higher degree of difficulty, then they should learn the old Beijing Wu style, which came from the Yang style small frame,” explains Wang. Continuing to relate the history of the system, Wang continues, “In the 1930’s, Yang Yu-Ting of Beijing came on the scene as a prominent Wu style master. He taught students like my teachers – Ma Han-Jing and Wang Pei-Shen – and systematized the style, dissecting every movement into a series of smaller, clearer movements. This resulted in 326 segments with extreme detail in terms of direction, intent, breathing, and a list of other requirements. Because his Tai-Chi skill and virtue was so great, many of the martial artists of Beijing became his students and followers. So from the 1930’s to the 80’s when he died, Yang Yu-Ting became the premier Taiji master of Beijing.” The system that Yang Yu-Ting left behind was perhaps the most rigorously defined style of Tai-Chi, perfect for those who require absolute precision in every movement and enjoy the challenges such training brings.

About the subject: You can contact Daniel Yu Wang for seminars or private training information at (310) 396-8482. About the author: Mark Cheng is a Combat Shuai-Chiao practitioner and martial arts researcher based in West Los Angeles, California.