White belt karate perfected to black belt level is karate at its efficient best. Let’s get back to real karate. Leave the esoteric stuff for the kids who practice tricking. They don’t claim to be fighters.

There has always been a marked difference between karate do and karate jitsu. Actually at one time there was no karate do. There was only karate or as it was called in its earlier incarnation, tode. First and foremost karate was a tool. It was a fighting system; a tool for survival in an often hostile world. The idea of karate for competition or self improvement had yet to become popular or even be conceived of. Its techniques were designed to disable and even maim or kill. For this reason its techniques were simple and direct. All of the rather esoteric techniques that we see these days were nonexistent. If it didn’t work in combat it wasn’t practiced or taught.

In the late sixties Black Belt Magazine did an article on a trend that had become popular among young martial artists in Japan. Its techniques were similar to what some young people would call ‘tricking’ today. Its techniques were acrobatic and it required its practitioners to indulge in the most difficult and impractical techniques possible. Obviously it had no value as a combat system. It would impress the heck out of an opponent before he knocked your hat around backwards but it posed little threat to an assailant. Contrary to the once popular Saturday morning kung fu flicks somersaults, cart wheels and such were never meant for combat.

In combat simplicity is the key. Basics work. A good example of this combat reality is Shotokan karate. Shotokan is a lean system based heavily on basics. Three kicks, two punches and a hand full of strikes make up the major offensive arsenal of the system. Its bread and butter techniques consist of a gyaku zuki (reverse punch) and a mae geri (front kick). Despite the lack of complex and fancy techniques Shotokan is the most popular and arguably one of the most practical systems practiced today. It’s easy to learn but takes a lifetime to perfect.

Karate as its practiced today is inefficient as a fighting system. Perhaps we should get back to karate’s combative roots. Seeing the art as what it was intended for will help to keep us honest. I have nothing against competition as long as it doesn’t change the practical aspects of the art. When competition begins to shape the art you are no longer practicing a fighting system.

Let’s break it down to basics. Techniques should be direct and to the point. Stances should be rooted. Use the closest weapon to the target. Hands for high targets. Kicks for low targets. The shortest distance between two points is a straight line. The occasional mawashi geri (roundhouse kick) is okay but for the most part karate is a straight line system. 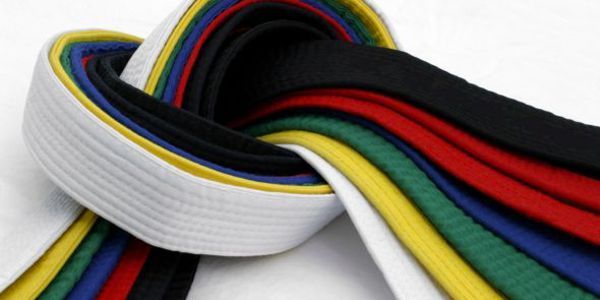 Bobbing and weaving and ducking and dodging are boxing techniques. Karate blocks not only injure and even occasionally destroy the offending limb it also allows a skilled practitioner to open his opponent’s defense and position him for an attack. Tai Sabaki (body positioning) serve the same purpose as boxing’s bobbing and weaving. Bobbing and weaving tends to compromise the integrity of the karateka’s stance. Karate for combat requires slightly higher stances than the groin dragging stances of some systems. Stances should be high enough to allow mobility and low enough to give a foundation for strong techniques.

Basically karate is a counter punching system. There is no first attack in true karate. Allowing your opponent to commit himself gives you an opportunity to take advantage of your opponent’s body positioning. That approach is the essence of karate.

Hopping up and down isn’t karate. No serious combatant will choose to fight on the ground. Ground techniques should be designed to allow you to get back to your feet as quickly as possible. A fighter is at a disadvantage on the ground. If we are going to practice real karate we have to be honest with ourselves. We have to be realistic and practical.

Again, basics are the rule of thumb. A front kick, a reverse punch, a knife hand strike, a rising block. Err on the side of simplicity. Sounds like white belt karate doesn’t it? Don’t let the simplicity fool you. In the end, less is more. Basics work. White belt karate perfected to black belt level is karate at its efficient best. Let’s get back to real karate. Leave the esoteric stuff for the kids who practice tricking. They don’t claim to be fighters.

Train hard my martial art brethren and go with God.

Kung Fu of the Mind: The Mental Aspects of the Martial...