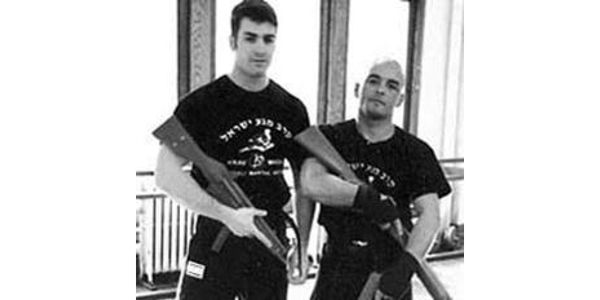 If there’s anyplace in the Middle East that resembles America’s 19th century Wild West, it has to be Netanya, Israel. This notorious city north of Tel Aviv is home to Russian mobsters and active terrorists; it is also home to Krav Maga’s toughest school. This is where Haim Gidon heads the governing body for Krav Maga worldwide, the Israeli Krav Maga Association (IKMA). 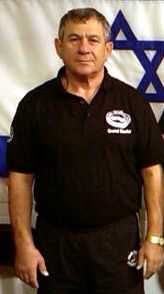 As every western town had its Bat Masterson, or Wyatt Erpp, Netanya has Yigal Arbiv. Born in Hadera, a town just north of Netanya, Yigal is a security specialist for one of Netanya’s schools, protecting children from the ever constant threat of terrorism. As is often the case with children who wear glasses, Yigal was picked on when he was a youth; this prompted him to learn self-defense. After several months of studying Tae Kwon Do, he met with Haim Gidon, leader and co-founder of the IKMA and has trained with Haim for fifteen years since.

As required of all eligible Israelis, Yigal joined the military (paratroopers) when he was of age, and became a weapons specialist. There he learned how the Israeli military fights, using a fieldstripped version of the Krav Maga learned in Haim’s school. The Israeli army [like other armies] doesn’t have the time to train their recruits in eastern martial arts (which can take years) they need to make soldiers out of these men in months. Since the Israel’s statehood, Israel’s defense and security forces have used stripped-down versions of Krav Maga. As Israel faced its security challenges, Krav Maga evolved and continues to refine itself to this day.

After leaving the army, Yigal attended Wingate, Israel’s national sports institute, an exclusive training academy for instructors and coaches. (Grandmaster Haim Gidon sits on Wingate’s professional board as the recognized head of Krav Maga.) Yigal landed a job at Wingate and eventually started working in school security, protecting students from terrorists. Yigal has a close relationship with Haim who teaches his students not only to be good fighters, but to be good citizens as well. Now teaching Krav Maga fulltime in Israel, Yigal agrees with Haim’s philosophy, “be careful who you teach,” they don’t want students with ill intentions. 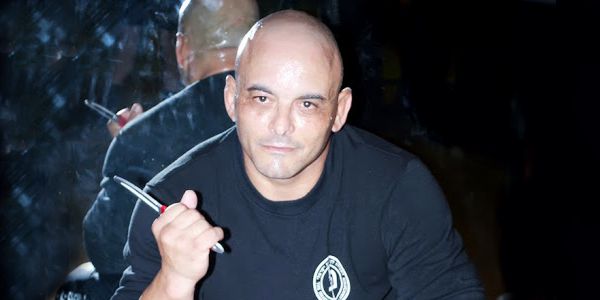 Not commonly known, there are several interpretations of Krav Maga within Israel and abroad, more often splinter groups that are offshoots of the main style. But Yigal prefers Haim’s teaching, as did Krav Maga’s founder, Imi Lichtenfeld. (Imi also qualified several high ranking American instructors beginning in 1981.) Due to this constant field-testing; Krav Maga’s knife and gun defense are finely honed and world renowned.

As you can imagine, security work in a town rife with terrorists and gangsters is a daunting task. Yigal says, in Netanya, people attack you with weapons first, that is; guns, knives, axes, and broken bottles (among other things), you only have a split second to react. When dealing with weapons, Yigal says, the most important thing to do, after you neutralize your opponent, is to remove the weapon from his reach. There are several incidents where a downed opponent regained consciousness, picked up his weapon and disabled or killed the defender, or the attacker’s cohorts used the weapon against the defender.

Haim Gidon (who teaches police units in Israel and around the world) recently prepared Yigal for a recent visit to New York City. Yigal, in conjunction with David Kahn, another of Haim’s instructors, taught advanced techniques to state and local law enforcement units, including the latest close quarters anti-terrorist training.

Yigal and David (who is the official IKMA representative in New York City) were kind enough to meet me at Chau’s Martial Arts Center during their hectic schedule to show us some of the latest weapons defenses from Haim’s school. We have a series of pictures that show the basic concepts of weapons against weapons, and unarmed defense against weapons. Starting with this issue, we will show two photo series demos per month until April.